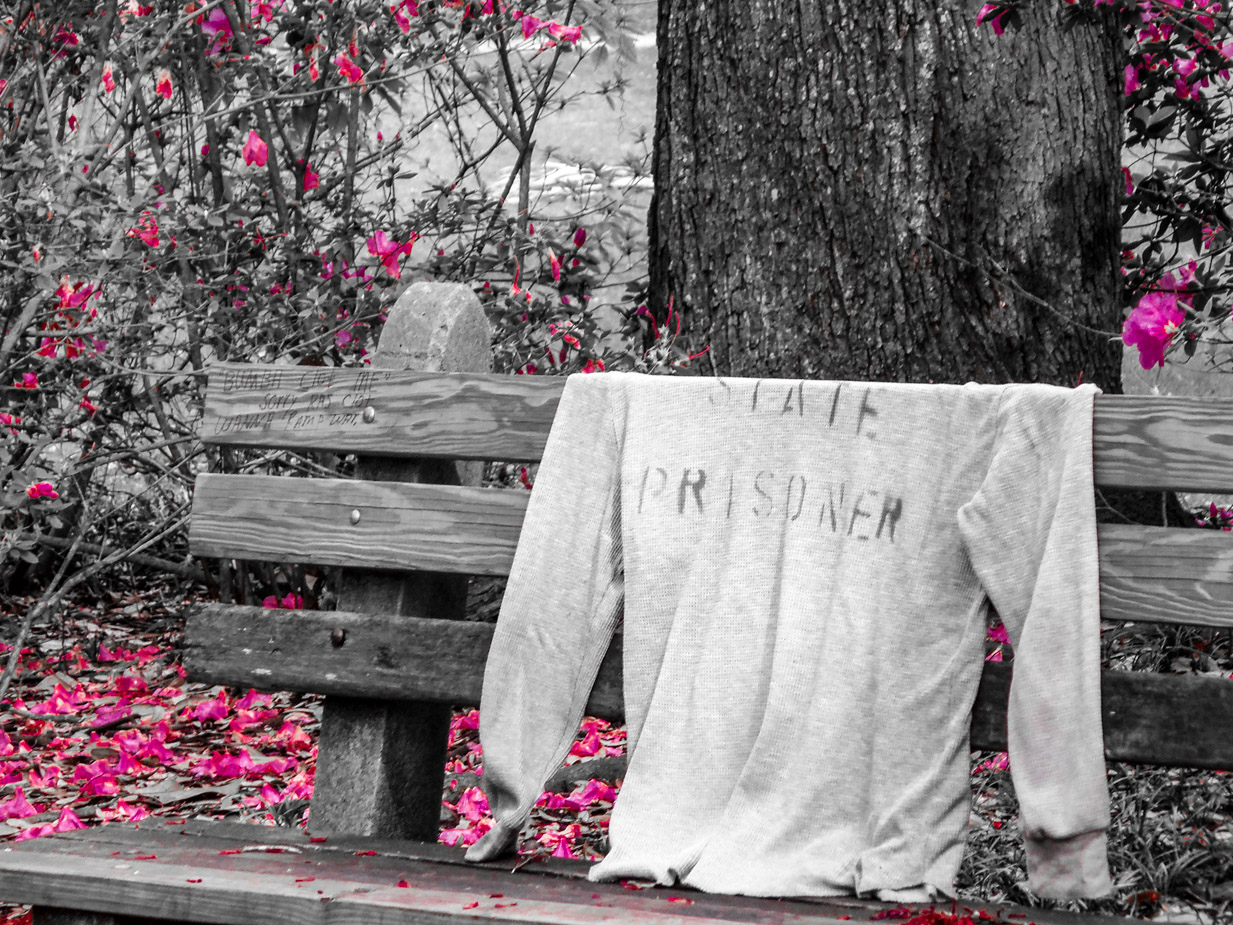 Chapter 27:32-44 (ESV) - As they went out, they found a man of Cyrene, Simon by name. They compelled this man to carry his cross. And when they came to a place called Golgotha (which means Place of a Skull), they offered him wine to drink, mixed with gall, but when he tasted it, he would not drink it. And when they had crucified him, they divided his garments among them by casting lots. Then they sat down and kept watch over him there. And over his head they put the charge against him, which read, “This is Jesus, the King of the Jews.” Then two robbers were crucified with him, one on the right and one on the left. And those who passed by derided him, wagging their heads and saying, “You who would destroy the temple and rebuild it in three days, save yourself! If you are the Son of God, come down from the cross.” So also the chief priests, with the scribes and elders, mocked him, saying, “He saved others; he cannot save himself. He is the King of Israel; let him come down now from the cross, and we will believe in him. He trusts in God; let God deliver him now, if he desires him. For he said, ‘I am the Son of God.’” And the robbers who were crucified with him also reviled him in the same way.

Question to consider: What did Jesus’ crucifixion signify to the chief priests, scribes, and elders?

Isaiah wrote these words from God about seven hundred years before Jesus was born, “Come now, let us reason together, says the Lord: though your sins are like scarlet, they shall be as white as snow; though they are red like crimson, they shall become like wool.” (Isaiah 1:18) Being clothed in a scarlet robe and crowned with thorns which are a physical embodiment of the curse on this world, Matthew showed us Jesus clothed in our sin so that we could become as white as snow as we are clothed in His righteousness.

Here Matthew showed us the means by which our salvation was won. I have a tendency to want to fill in the gaps in the narrative so that, like Luke, I can present a well ordered account of the events as they happened, but there is also value in looking at the narrative from the perspective of the individual gospel writers. Matthew showed Jesus as the fulfillment of the Law and the Prophets, the saving king who established a perfect kingdom by sacrificing Himself for its imperfect citizens like an unblemished lamb that quietly went to the slaughter.

We’ve been given details in the other gospels like: His wounds were such that He needed help to carry the cross, the chief priests objected to the statement of Jesus as King of the Jews, one of the two thieves came to repentance during the crucifixion, Jesus continually spoke forgiveness on those who were crucifying Him, Jesus gave John care over His mother, etc. However, here we are meant to focus on our king who was clothed in our scarlet sins so that we could be as white as snow.

The motive of the chief priests, scribes and elders was revealed here. If He really was the Son of God as He claimed to be, He should be able to save Himself from the curse of the cross. This was and is a great stumbling block to the Jews. How can Jesus be the Son of God if He was cursed by God in this way?

Jesus wasn’t destroying the temple. They were, and He would rebuild it in three days at His resurrection. They confessed rightly that He “saved others”. In fact, He was in the very act of saving others when they confessed this. So it wasn’t the case that He “couldn’t” save Himself, but that He chose to sacrifice Himself in order to complete this saving act.

I believe Matthew pointed out that Jesus refused the wine because he was reminding us of Jesus’ statement, “I tell you I will not drink again of this fruit of the vine until that day when I drink it new with you in my Father's kingdom.” (Matthew 26:29) At that time, Jesus proclaimed that the wine was His “blood of the covenant, which is poured out for many for the forgiveness of sins.” (Matthew 26:28) This was the moment that His blood was being poured out. This was the moment in which sins were being forgiven.

Dear Lord, thank You for enduring the mockery of others and the ravages of the cross to save those who revile You. Help us to see You as our righteous king who gave up everything in order for us to inherit Your kingdom. May we now praise Your name rather than revile it and enter into the joy of our master. Amen.