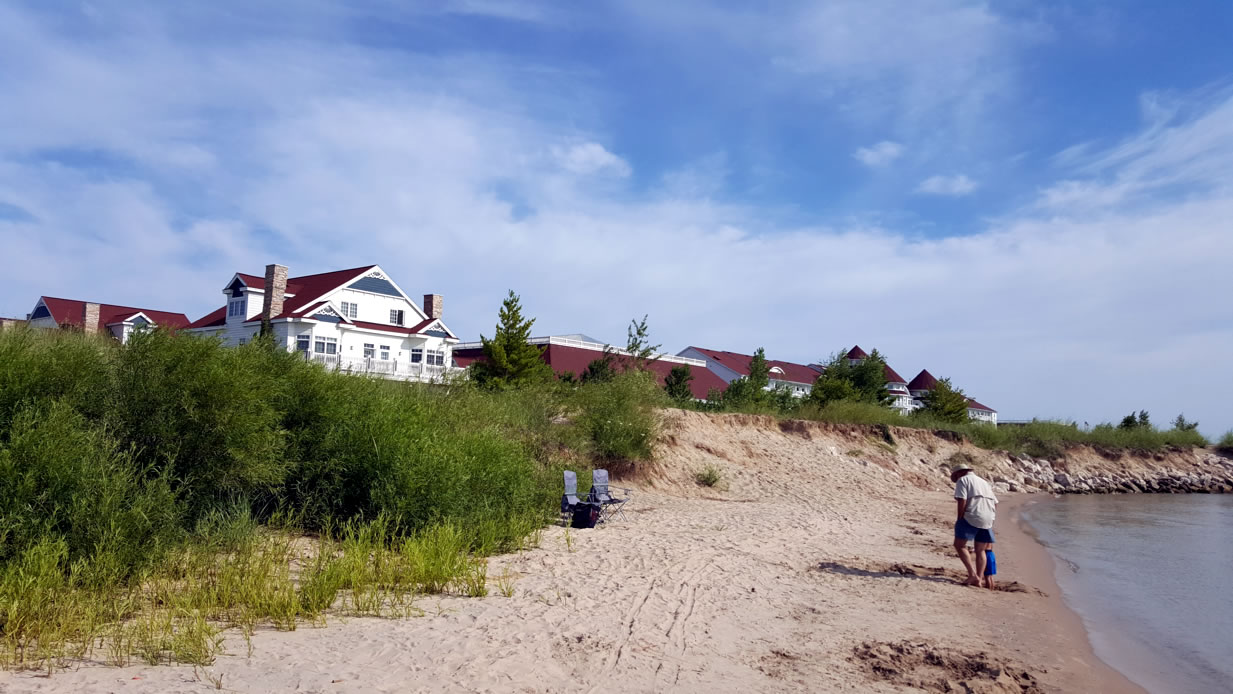 Chapter 2:22-32 (ESV) - “Men of Israel, hear these words: Jesus of Nazareth, a man attested to you by God with mighty works and wonders and signs that God did through him in your midst, as you yourselves know— this Jesus, delivered up according to the definite plan and foreknowledge of God, you crucified and killed by the hands of lawless men. God raised him up, loosing the pangs of death, because it was not possible for him to be held by it. For David says concerning him,

“‘I saw the Lord always before me,
for he is at my right hand that I may not be shaken;
therefore my heart was glad, and my tongue rejoiced;
my flesh also will dwell in hope.
For you will not abandon my soul to Hades,
or let your Holy One see corruption.
You have made known to me the paths of life;
you will make me full of gladness with your presence.’

“Brothers, I may say to you with confidence about the patriarch David that he both died and was buried, and his tomb is with us to this day. Being therefore a prophet, and knowing that God had sworn with an oath to him that he would set one of his descendants on his throne, he foresaw and spoke about the resurrection of the Christ, that he was not abandoned to Hades, nor did his flesh see corruption. This Jesus God raised up, and of that we all are witnesses.”

Question to consider: Why was it not possible for Jesus to stay dead?

The Holy Spirit’s coming at Pentecost was a sign to those in Jerusalem, miraculously reversing God’s curse on Babel which confused the languages of man and scattered them throughout the earth. The reason for this display of power was for what came next: Peter’s proclamation of the reign and rule of their risen Messiah. Peter’s opening statement for this sermon was actually pretty amazing when you think about it. Jesus did so many mighty works in the presence of so many people that His name was recognized by devout Jews and proselytes from all over the known world. Jesus might not have been known among the Gentiles outside of the region of Israel, but the Jews sure knew Him.

Peter followed this up by pointing out that Jesus’ crucifixion was sovereignly carried out according to God’s foreknowledge and plan. It was not an accident or a failure of some kind. However, at the same time, the blame for Jesus’ murder rested on the shoulders of those to whom Peter was speaking and by extension, all of humanity. His murder was carried out by the unrestricted will of the Pharisees and of the crowds and of the Roman soldiers. There is a tension in scripture between the sovereign actions of God and the free actions of man. We can’t always understand how that works, but they are not in contradiction to each other.

Jesus entered the world at the exact time necessary to encounter the people who when confronted with their hypocrisy and injustice toward God set it in their hearts to murder the author of life. None of it would have had to happen if humanity had not ventured headlong into sin and death. We’ll see tomorrow that the people realized their sin and were cut to the heart, but for now, it’s important that we all see our culpability in this.

It’s also worth mentioning that no man-made religion or philosophy recognizes our fallen nature or provides a solution for it, especially one where God comes to earth and takes the price of our sin upon Himself. But death is only for sinners! Even though Jesus clothed Himself in our sins so that we could be clothed in His righteousness, when His broken and lifeless body was put into the tomb, death could not hold Him, for after Jesus paid the full penalty of our sin, what remained was sinless, and that which God declares good has life.

Peter proved that even David knew about this day when he wrote of Christ in his Psalm, and even more powerful was the fact that the group preaching at Pentecost were eyewitnesses to the risen Christ.

Dear heavenly father, what a joy it is to see the fruition of Your plan. We praise Christ Jesus for His willingness to bear our sin, and even more so that in His holiness, death could not keep Him down. Give us the attitude of king David who looked to his greater son for life and had joy in his presence. Amen.