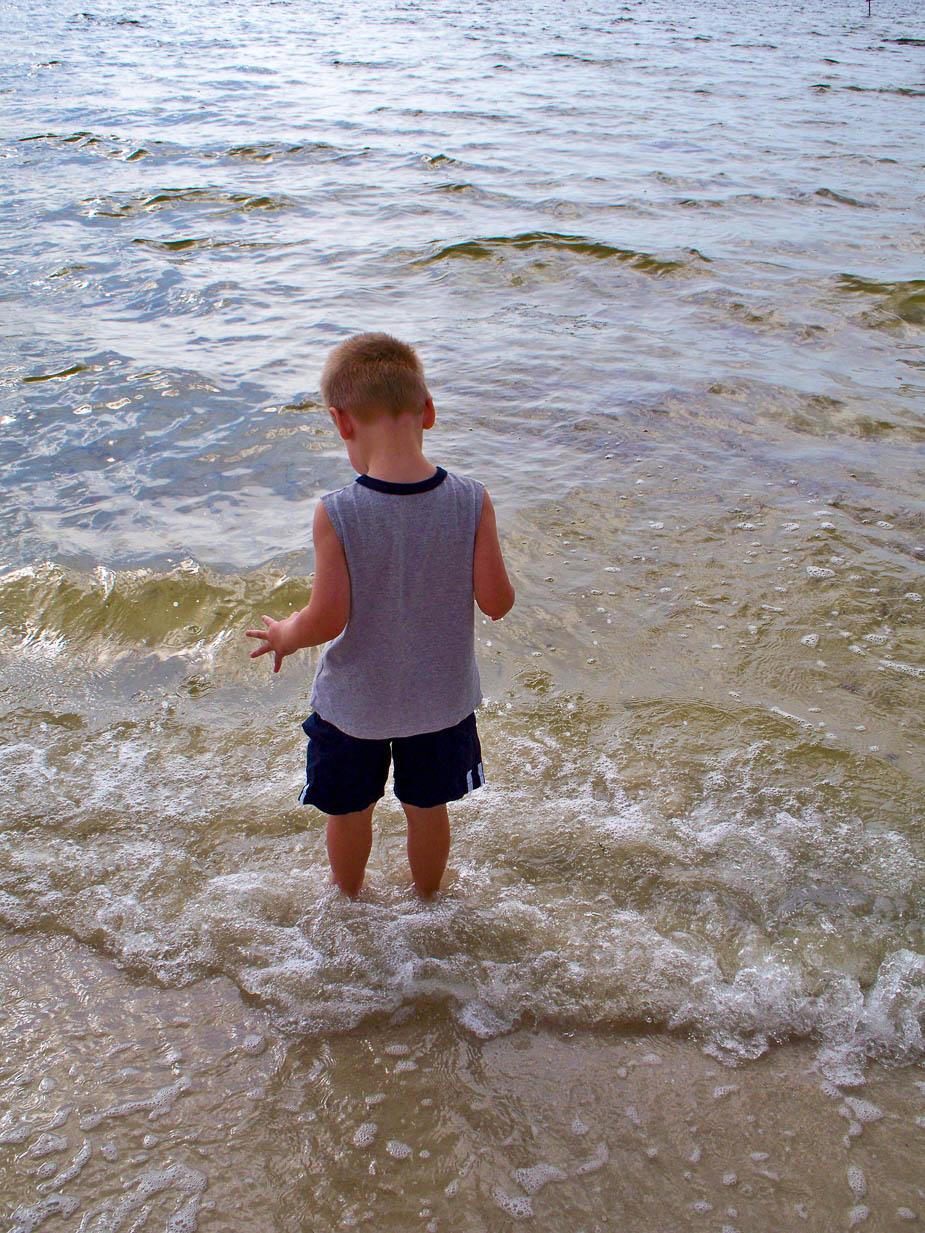 Chapter 19:1-7 (ESV) - And it happened that while Apollos was at Corinth, Paul passed through the inland country and came to Ephesus. There he found some disciples. And he said to them, “Did you receive the Holy Spirit when you believed?” And they said, “No, we have not even heard that there is a Holy Spirit.” And he said, “Into what then were you baptized?” They said, “Into John's baptism.” And Paul said, “John baptized with the baptism of repentance, telling the people to believe in the one who was to come after him, that is, Jesus.” On hearing this, they were baptized in the name of the Lord Jesus. And when Paul had laid his hands on them, the Holy Spirit came on them, and they began speaking in tongues and prophesying. There were about twelve men in all.

Question to consider: Why does Paul baptize these men in the name of the Lord Jesus?

When Apollos had been sent on to Corinth by Priscilla and Aquila after receiving the added information about Jesus and the Holy Spirit, Paul was travelling from Antioch to Ephesus and encountered some of those who had heard Apollos preach and had been baptized into John’s baptism. They must have given witness to Paul about their encounter to encourage him to be baptized in this manner as well, for it caused Paul to ask them if they had received the Holy Spirit. Just like Priscilla and Aquila, Paul patiently explained that though the information they’d received was accurate, it was also obsolete because Jesus had now come. So Paul baptized them into the name of Jesus and laid hands on them, and they received the Holy Spirit in the same manner as the Gentiles, the Samaritans, and the apostles.

This is a passage that tends to get taken out of context as a pretext for different views of baptism and the receiving of the Holy Spirit. Throughout Acts, Luke has used the receiving of the Holy Spirit in an event in which the recipients prophesied and spoke in different languages as a mark of God extending His church to other regions and among those of different nations. Since all of it is ultimately tied to the fulfillment of Joel chapter 2 at Pentecost, I still contend that it was meant for the writing of the New Testament canon of scripture, and when that generation ended with the judgment of Jerusalem as described by Joel 2:30-31, the entire revelation of God had been recorded for us. I urge you to really listen to the self-proclaimed prophets today and compare what they say to those in scripture. All prophecy in scripture reveals Christ. All “prophets” today act like vague fortune tellers who try to guess future events.

Although I have a great fondness for many in the Anabaptist movement, I do not think Paul baptizing these men in the name of the Lord Jesus equates to having those baptized as infants being re-baptized upon profession of faith. (I wrestled with this topic for many years, and if you wish to have a conversation, I’m happy to speak with you.) The baptism of John was in preparation for Christ, but after Jesus rose from the dead, He told the disciples to baptize not only in the Father’s name and His Spirit, but also in the name of the Son. Paul is really clear about this in Romans 6:3-4, “Do you not know that all of us who have been baptized into Christ Jesus were baptized into his death? We were buried therefore with him by baptism into death, in order that, just as Christ was raised from the dead by the glory of the Father, we too might walk in newness of life.”

So Paul was baptizing these men into the death and resurrection of Christ. If someone is baptized as an infant and later professes faith, they are still covered by the same baptism, for it was done in the name of the Father, Son, and Holy Spirit. Our baptism does not depend upon us (or even the pastor baptizing us) but upon the God who puts His word on the water and forgives our sins.

Dear heavenly father, thank You for being faithful to us in our baptism. May we reflect upon it often and realize that we have been baptized into Christ’s death and raised to walk in newness of life. Thank You for Your Holy Spirit who dwells in us and is conforming us to the image of Christ. For He makes our feeble prayers acceptable to You. Amen.