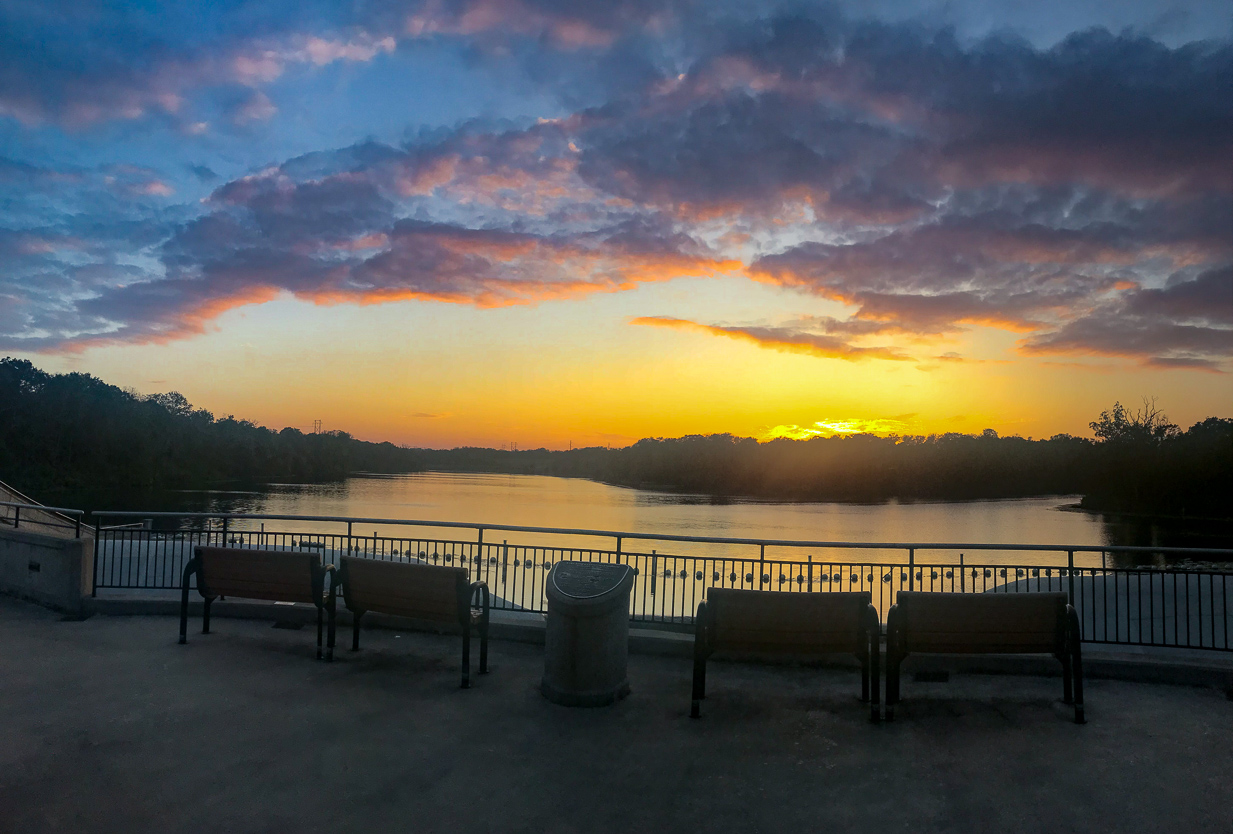 Chapter 27:21-32 (ESV) - Since they had been without food for a long time, Paul stood up among them and said, “Men, you should have listened to me and not have set sail from Crete and incurred this injury and loss. Yet now I urge you to take heart, for there will be no loss of life among you, but only of the ship. For this very night there stood before me an angel of the God to whom I belong and whom I worship, and he said, ‘Do not be afraid, Paul; you must stand before Caesar. And behold, God has granted you all those who sail with you.’ So take heart, men, for I have faith in God that it will be exactly as I have been told. But we must run aground on some island.”

When the fourteenth night had come, as we were being driven across the Adriatic Sea, about midnight the sailors suspected that they were nearing land. So they took a sounding and found twenty fathoms. A little farther on they took a sounding again and found fifteen fathoms. And fearing that we might run on the rocks, they let down four anchors from the stern and prayed for day to come. And as the sailors were seeking to escape from the ship, and had lowered the ship's boat into the sea under pretense of laying out anchors from the bow, Paul said to the centurion and the soldiers, “Unless these men stay in the ship, you cannot be saved.” Then the soldiers cut away the ropes of the ship's boat and let it go.

Question to consider: Why do the soldiers cut away the ropes of the ship’s boat?

It’s hard to picture in our minds what they went through over the course of several days. Looking on a map it seems incredible that it would take two weeks to travel from one side of Crete to the other. However, as soon as they were hit by the northeaster wind, they encountered storms without rest for several days. It took every man on board to keep the ship from being cast out further into the sea, and they had to dump all the cargo and tackle just to lighten the ship enough to be manageable. Think about the despair the people on board must have felt to be in constant peril, night and day, for several days to the point where they couldn’t even eat.

When they finally got a break in the storm and could see the devastation and realize the loss of everything they had, Paul received word from an angel that everyone would survive this. When Paul stood up and said, “You should have listened to me…,” he wasn’t rubbing their noses in an “I told you so” moment. He was making an appeal to them to listen to the advice he was about to give them. If he was right about the warning not to travel, they should seriously consider what he was about to say. Paul would stand before Caesar, and God had answered his prayer to deliver everyone on board the ship. However the ship itself would be lost.

The rest of their journey would not be easy as they still would have been driven across the sea to Malta. Today, we consider the Adriatic sea to be only the area that separates Italy from the Balkans. However, the ancient Adriatic Sea included the waters south of it which we refer to as the Ionian sea today. As they neared land and feared being dashed upon the rocks, they dropped four anchors, and the sailors said they were going to take the lifeboat and move the anchors away from the bow of the ship when in fact they had planned to leave the passengers behind.

Paul informed the centurion and soldiers to keep these men from leaving, for without them, they could not survive. So the soldiers cut loose the lifeboat to keep the sailors from abandoning them. This is a good example of how God sovereignly works through the agency of man. Paul had faith that he was going to preach in Rome, and he had faith that everyone would survive as long as they stayed with the ship so he acted in accordance with that faith and appealed to the soldiers to keep the sailors from abandoning them. God knew the hearts and motivations of everyone on that ship so the angel could give the message of their salvation with certainty. In our limited minds and sinful hearts, we ask questions like, “What if the sailors had made it off of the ship?” However, the question is moot because God sovereignly made sure they didn’t.

Dear heavenly father, we thank You that we can trust Your word even in the midst of very difficult times. Help us to trust in Your goodness even when everything around us appears corrupted and evil. In all things, please keep our hearts and minds in Christ Jesus and in the hope of His return in glory. Amen.