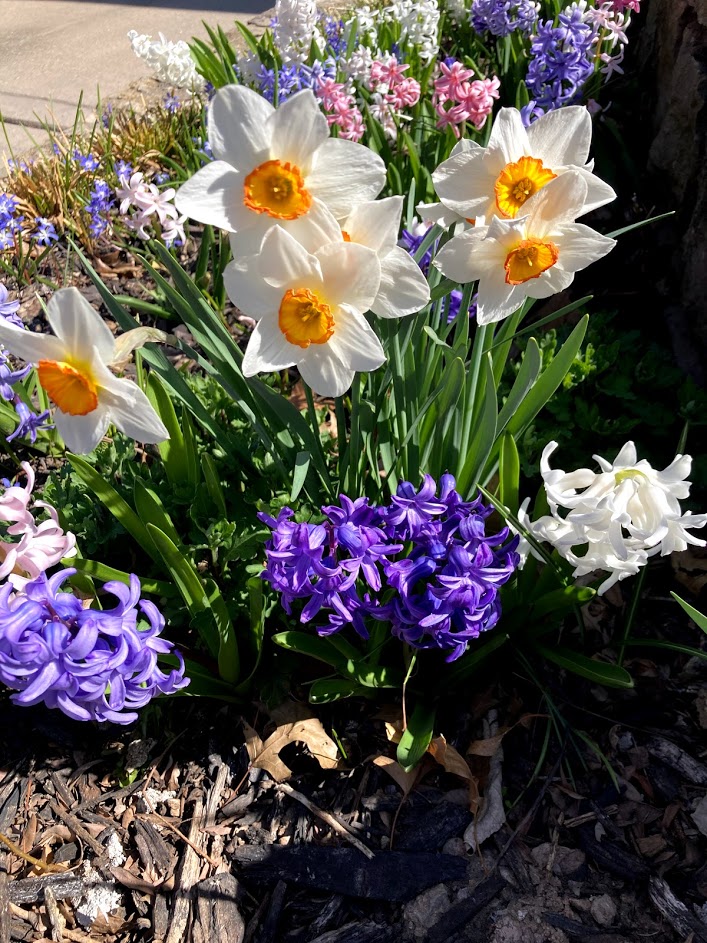 Chapter 8:26-40 (ESV) - Now an angel of the Lord said to Philip, “Rise and go toward the south to the road that goes down from Jerusalem to Gaza.” This is a desert place. And he rose and went. And there was an Ethiopian, a eunuch, a court official of Candace, queen of the Ethiopians, who was in charge of all her treasure. He had come to Jerusalem to worship and was returning, seated in his chariot, and he was reading the prophet Isaiah. And the Spirit said to Philip, “Go over and join this chariot.” So Philip ran to him and heard him reading Isaiah the prophet and asked, “Do you understand what you are reading?” And he said, “How can I, unless someone guides me?” And he invited Philip to come up and sit with him. Now the passage of the Scripture that he was reading was this:

“Like a sheep he was led to the slaughter
and like a lamb before its shearer is silent,
so he opens not his mouth.
In his humiliation justice was denied him.
Who can describe his generation?
For his life is taken away from the earth.”

And the eunuch said to Philip, “About whom, I ask you, does the prophet say this, about himself or about someone else?” Then Philip opened his mouth, and beginning with this Scripture he told him the good news about Jesus. And as they were going along the road they came to some water, and the eunuch said, “See, here is water! What prevents me from being baptized?” And he commanded the chariot to stop, and they both went down into the water, Philip and the eunuch, and he baptized him. And when they came up out of the water, the Spirit of the Lord carried Philip away, and the eunuch saw him no more, and went on his way rejoicing. But Philip found himself at Azotus, and as he passed through he preached the gospel to all the towns until he came to Caesarea.

Question to consider: What scroll was the eunuch reading?

Candace is thought to have been a title for the queen of Ethiopia instead of a person’s name - kind of like Caesar was the title for the emperor of Rome. Like most women in royalty, if a man served under her, he was forced to be a eunuch in order to prevent any unwanted heirs should an affair occur. As the treasurer, the man in today’s passage would have had an entire entourage and a tremendous amount of power in Ethiopia.

Luke points out that the man had come to Jerusalem to worship which means he was a god-fearer. As a eunuch, he would not have been considered temple-worthy so he would not have been able to go past the court of the Gentiles. Given the passage he was reading in the book of Isaiah, I have a personal theory about how he came in possession of that scroll.

You see, the passage he was reading when Philip came to the chariot was from the servant song in Isaiah 53:7-8. Just a couple of chapters later in 56:4-5, it says:

“To the eunuchs who keep my Sabbaths,
who choose the things that please me
and hold fast my covenant,
I will give in my house and within my walls
a monument and a name
better than sons and daughters;
I will give them an everlasting name
that shall not be cut off.

I imagine when he went to the courtyard of the gentiles, he could have heard someone reading from this chapter in Isaiah since it gave hope to the gentiles. As a believing eunuch, he was taught that he would always be a second class citizen in God’s kingdom, and he probably had come to accept it, but this promise from God in Isaiah would have affected him deeply since it offered him a name better than sons and daughters and an everlasting dwelling place within God’s walls. So I’d like to believe upon hearing this passage, he paid a hefty sum to purchase the scroll and was pouring over it in the chariot on the way home when Philip arrived.

He would have sought out that passage and begun reading backwards from it to see its context and then stumbled upon the servant’s song and was pondering it when Philip came alongside his chariot. From there God gave Philip the opportunity to teach the truth of the scriptures about Christ and His gift of salvation. Upon hearing the good news, the man desired to be baptized immediately.

The church father Irenaeus of Lyons wrote that the eunuch’s name was Simeon Bachos, and that God used him to preach the gospel throughout all of Ethiopia.

Dear heavenly father, thank You for the faithful ministry of Philip, and help us to have a heart for the lost like You gave to him. Thank You for bringing Simeon Bachos to faith and using him as Your voice throughout Ethiopia. What a day of rejoicing it’ll be when we get to heaven and hear of all the ways You have brought people to faith in Christ. Amen.