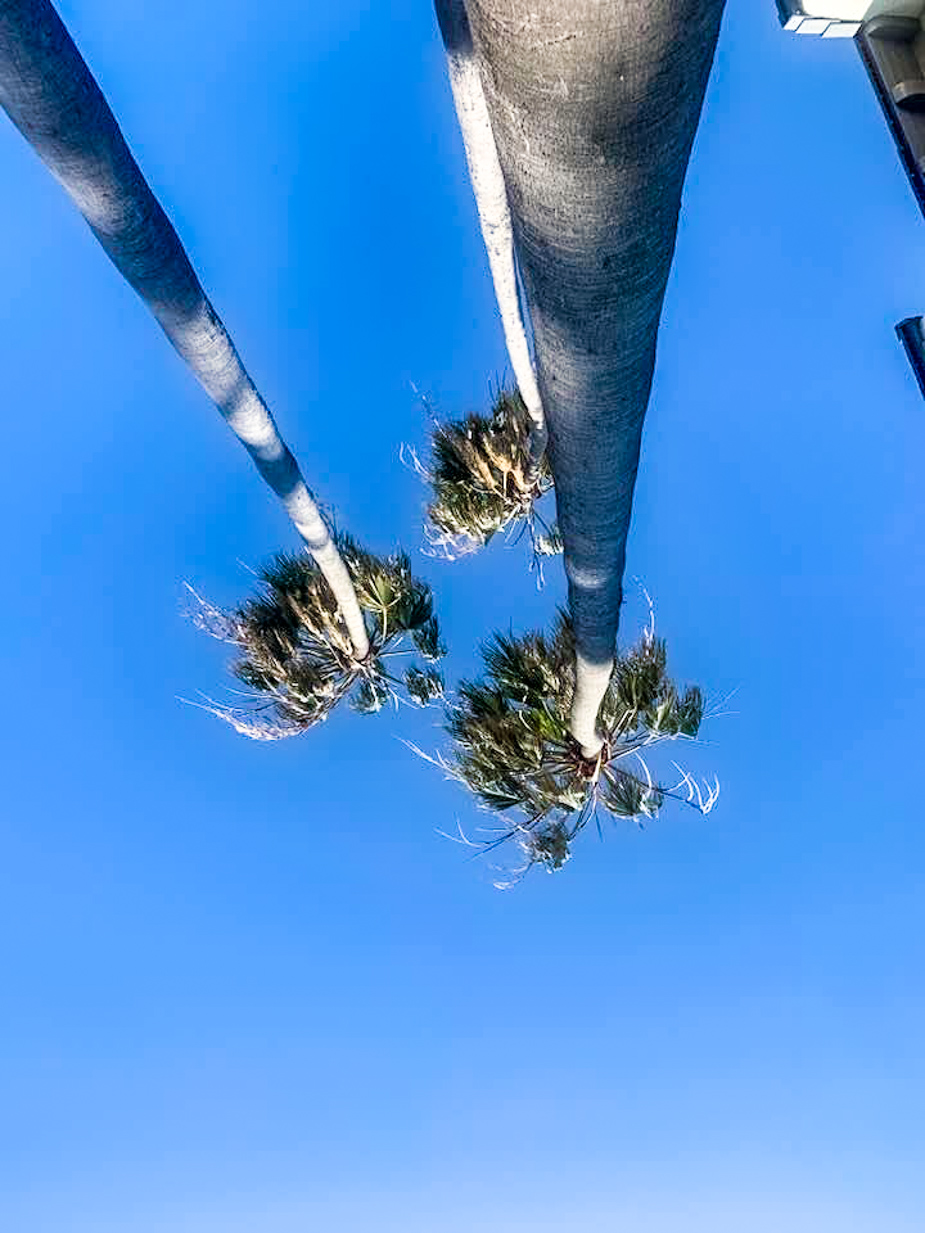 Chapter 10:12-29 (ESV) - Then the LORD said to Moses, “Stretch out your hand over the land of Egypt for the locusts, so that they may come upon the land of Egypt and eat every plant in the land, all that the hail has left.” So Moses stretched out his staff over the land of Egypt, and the LORD brought an east wind upon the land all that day and all that night. When it was morning, the east wind had brought the locusts. The locusts came up over all the land of Egypt and settled on the whole country of Egypt, such a dense swarm of locusts as had never been before, nor ever will be again. They covered the face of the whole land, so that the land was darkened, and they ate all the plants in the land and all the fruit of the trees that the hail had left. Not a green thing remained, neither tree nor plant of the field, through all the land of Egypt. Then Pharaoh hastily called Moses and Aaron and said, “I have sinned against the LORD your God, and against you. Now therefore, forgive my sin, please, only this once, and plead with the LORD your God only to remove this death from me.” So he went out from Pharaoh and pleaded with the LORD. And the LORD turned the wind into a very strong west wind, which lifted the locusts and drove them into the Red Sea. Not a single locust was left in all the country of Egypt. But the LORD hardened Pharaoh's heart, and he did not let the people of Israel go.

Then the LORD said to Moses, “Stretch out your hand toward heaven, that there may be darkness over the land of Egypt, a darkness to be felt.” So Moses stretched out his hand toward heaven, and there was pitch darkness in all the land of Egypt three days. They did not see one another, nor did anyone rise from his place for three days, but all the people of Israel had light where they lived. Then Pharaoh called Moses and said, “Go, serve the LORD; your little ones also may go with you; only let your flocks and your herds remain behind.” But Moses said, “You must also let us have sacrifices and burnt offerings, that we may sacrifice to the LORD our God. Our livestock also must go with us; not a hoof shall be left behind, for we must take of them to serve the LORD our God, and we do not know with what we must serve the LORD until we arrive there.” But the LORD hardened Pharaoh's heart, and he would not let them go. Then Pharaoh said to him, “Get away from me; take care never to see my face again, for on the day you see my face you shall die.” Moses said, “As you say! I will not see your face again.”

Question to consider: What is significant about the locusts coming from far away?

The hail had destroyed most of the land, crops, and cattle of Egypt except for those who heeded the word of the LORD and sheltered their possessions in preparation for it. About the only thing left to eat after this was the wheat and emmer crops because their harvest occurred later in the season, after the hail had dropped. The eighth plague destroyed the remaining crops and fruit trees. It must have been ominous to have the East winds kick up the moment that Moses lifted up the staff and waved it over the land. Imagine after hearing the winds howling all night to see a huge cloud of locusts traveling from an unknown place demonstrating that the LORD not only ruled over the sky but over distant lands as He called forth the locusts. There was no where they could hide from this plague, and miraculously, the Israelites were kept safe from the swarm.

Once again, Pharaoh gave an empty confession of sin in order that the LORD would relent. I have to wonder whether he thought God had bought into his lies when He relented like this, and whether God hardened Pharaoh’s heart just by letting him think he was getting by with something. Outside of crops, livestock and a few foolish servants who stayed outside during a giant, fiery hailstorm, most of Egypt still lived to tell the tale of these plagues. Instead of recognizing God’s mercy in this, Pharaoh continued to test His patience.

The plague of darkness is rather fascinating. Although it seemed oppressive and dreadful to the point where the people stayed home for three days, nobody was really hurt by it. However, it was obviously a supernatural event that caught the attention of Pharaoh, especially since it didn’t affect the Israelites. From a Christian perspective, this darkness pointed to the darkness that covered the land at the point in which Christ was bearing our sin debt on the cross. It’s as if the Father cast a shadow on the earth as He turned away from the Son who had been clothed in our sin. The three hours of darkness during the crucifixion corresponded to the 3 days of darkness in Egypt, and like Pharaoh recognized the LORD, there was a Roman soldier who recognized that Jesus was the Son of God (or more likely “a son of the gods.”)

This was his final act of negotiation. He would let the children leave with the rest of Israel, but not the animals. It was as if to say, “You may take your family trip, but I will not allow you to worship.” It was pointless really since the whole reason Moses gave for the trip was to celebrate a sacrificial feast at the holy mountain with God and His people. This is like telling the church that it’s okay to gather as long as we don’t talk about Jesus or partake of communion. Foolishly, Pharaoh ended with an empty threat of violence against Moses if he ever came back. I have to wonder if it made Pharaoh uneasy to have Moses agree so heartily that he’d never see his face again.

Dear heavenly father, help us to realize that the world has no power over us since we are citizens of Your kingdom. Help us to view our trials and suffering through the lens of Your good work to bring those around us to new life in Christ. Amen.