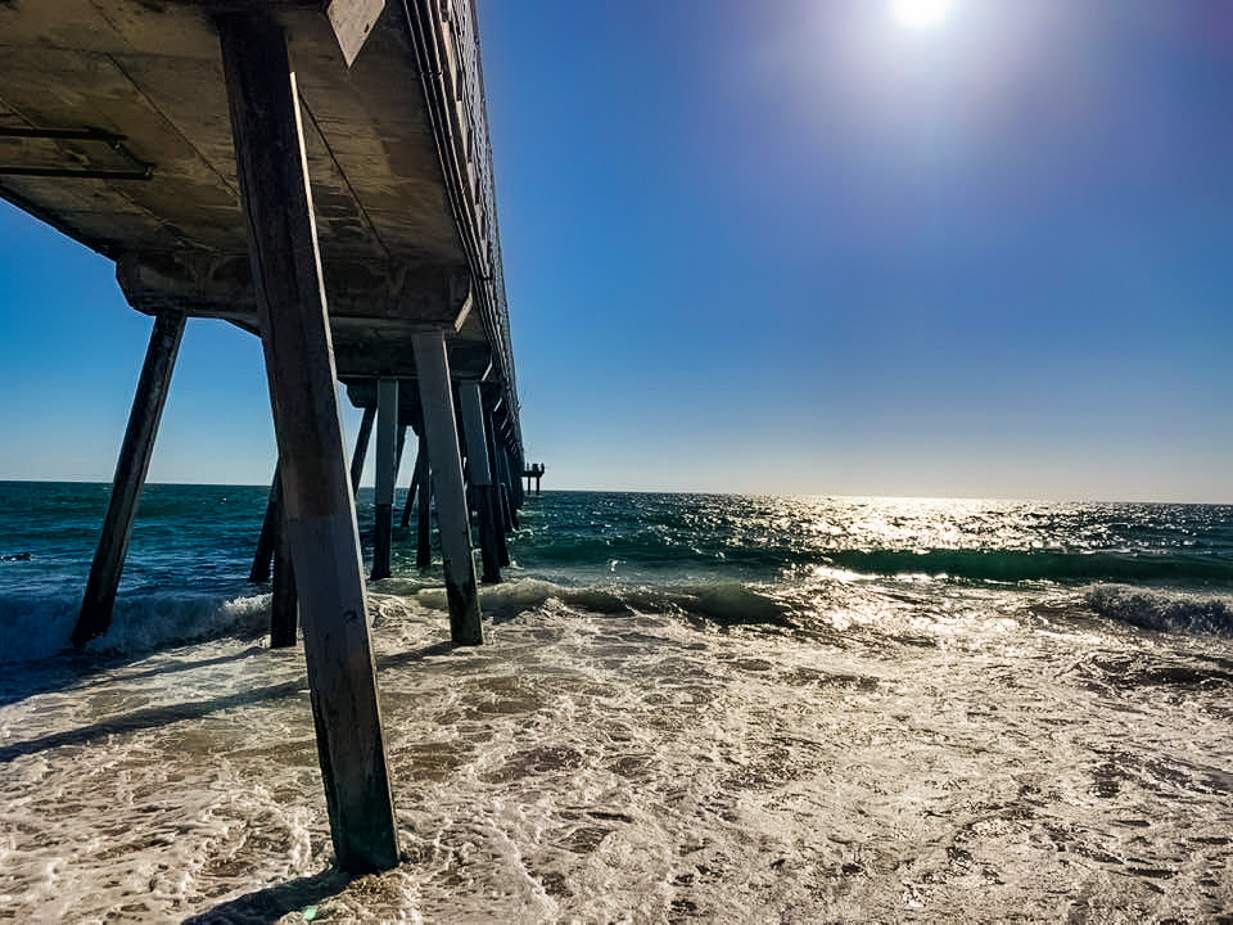 Chapter 14:15-31 (ESV) - The LORD said to Moses, “Why do you cry to me? Tell the people of Israel to go forward. Lift up your staff, and stretch out your hand over the sea and divide it, that the people of Israel may go through the sea on dry ground. And I will harden the hearts of the Egyptians so that they shall go in after them, and I will get glory over Pharaoh and all his host, his chariots, and his horsemen. And the Egyptians shall know that I am the LORD, when I have gotten glory over Pharaoh, his chariots, and his horsemen.”

Then Moses stretched out his hand over the sea, and the LORD drove the sea back by a strong east wind all night and made the sea dry land, and the waters were divided. And the people of Israel went into the midst of the sea on dry ground, the waters being a wall to them on their right hand and on their left. The Egyptians pursued and went in after them into the midst of the sea, all Pharaoh's horses, his chariots, and his horsemen.  And in the morning watch the LORD in the pillar of fire and of cloud looked down on the Egyptian forces and threw the Egyptian forces into a panic, clogging their chariot wheels so that they drove heavily. And the Egyptians said, “Let us flee from before Israel, for the LORD fights for them against the Egyptians.”

Then the LORD said to Moses, “Stretch out your hand over the sea, that the water may come back upon the Egyptians, upon their chariots, and upon their horsemen.” So Moses stretched out his hand over the sea, and the sea returned to its normal course when the morning appeared. And as the Egyptians fled into it, the LORD threw the Egyptians into the midst of the sea. The waters returned and covered the chariots and the horsemen; of all the host of Pharaoh that had followed them into the sea, not one of them remained. But the people of Israel walked on dry ground through the sea, the waters being a wall to them on their right hand and on their left.

Question to consider: What can we learn about the LORD from this passage to help us in facing trials and tribulations today?

Yesterday’s devotion ended in a cliff-hanger with Israel backed up against the Red Sea with the Egyptian chariots about to cut them down in the sight of the mountain of Baal-zephon, lord of the sea. In their minds, not even the God of Israel could save them now! Moses did his best to calm the people down who were ready to surrender and go back into slavery by basically telling them to shut up, stand firm and wait on the LORD for their salvation. This is good advice for Christians today who are ready to either go to war with the world or submit to it because of persecution or temptation. Our reaction should be to stand firm in the faith, focus on Christ, and continue to be about His command to go and make disciples. Everything else is a distraction.

The LORD commanded Moses to raise up his staff at the Red Sea, and the East wind kicked up like it did before the plague of locusts came in. Though I’m sure the Egyptian army felt the East wind, they actually couldn’t see what was going on because the pillar of smoke that had gone in front of Israel now went behind them and blocked the Egyptian army from moving forward. The text says that it “lit up the night,” and the idea is that while the Egyptians were bathed in darkness by the cloud and could not see, the Israelites were given light to see the miracle taking place before them and began to cross on dry ground.

When Pharaoh finally realized what was going on, they charged in after the Israelites with their chariots. It seems kind of crazy that they would do this, but I’m sure they thought that Baal-zephon had Israel right where he wanted them and would deliver them into Pharaoh’s hand.  At some point during their pursuit, the LORD turned toward them in the pillar of fire, and they panicked. I have to wonder if up until this point, they could only see the darkness of the cloud, and then they suddenly were faced with the flames and thought they’d be burned alive. In their panic, they drove the chariots too hard, and the wheels got stuck. At that point, the LORD had Moses stretch out his hand over the sea, and the walls of water collapsed and drowned the Egyptians. The Israelites knew they were saved when the bodies of the Egyptians started washing up on the shore, and they feared the LORD.

Dear heavenly father, thank You for delivering Israel from the hand of Pharaoh and destroying their empty idols. May we see through the empty idols in this world and pursue that which has eternal value. Let Your word be the light for our path. Amen.