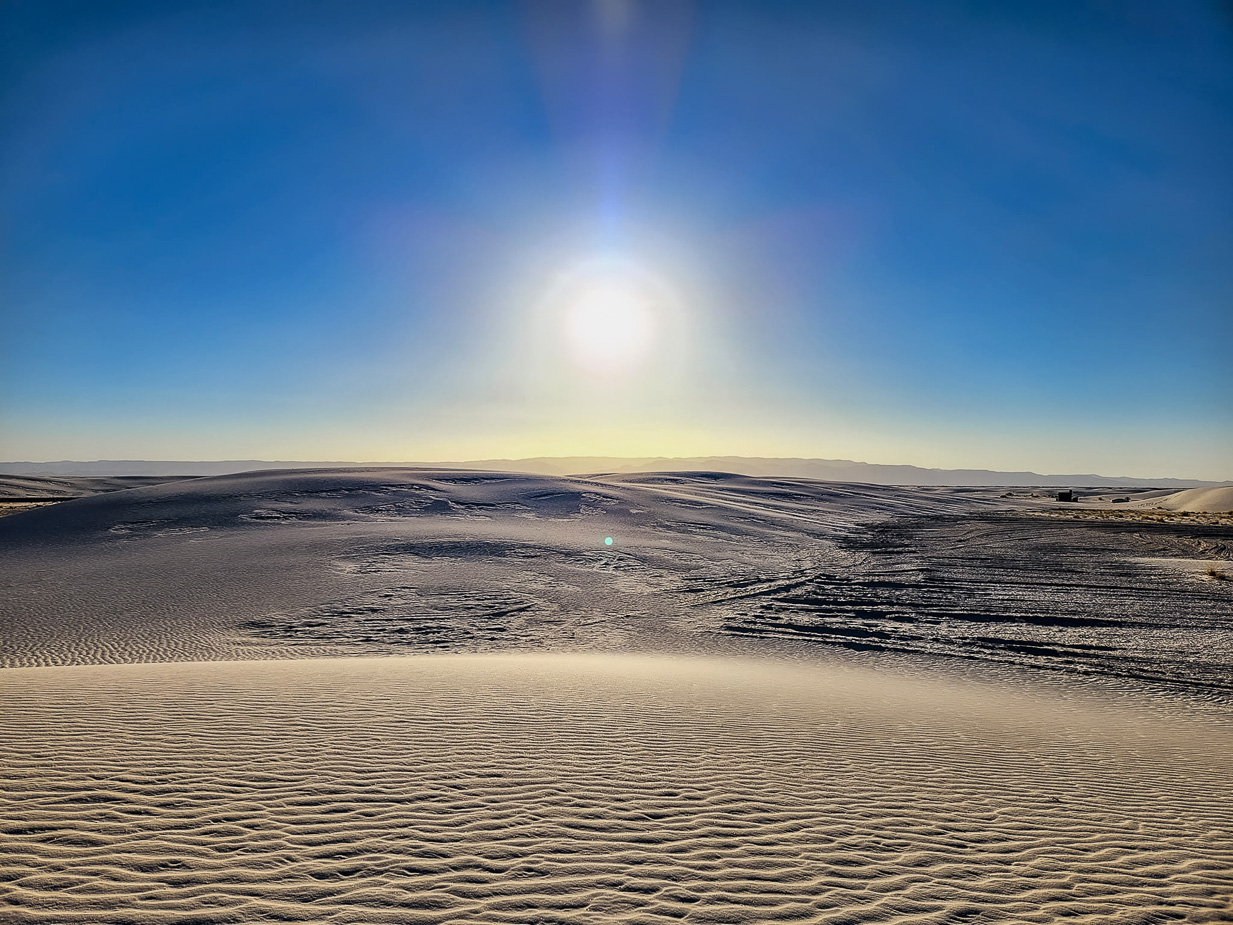 Chapter 15:22-27 (ESV) -  Then Moses made Israel set out from the Red Sea, and they went into the wilderness of Shur. They went three days in the wilderness and found no water. When they came to Marah, they could not drink the water of Marah because it was bitter; therefore it was named Marah. And the people grumbled against Moses, saying, “What shall we drink?” And he cried to the LORD, and the LORD showed him a log, and he threw it into the water, and the water became sweet.

There the LORD made for them a statute and a rule, and there he tested them, saying, “If you will diligently listen to the voice of the LORD your God, and do that which is right in his eyes, and give ear to his commandments and keep all his statutes, I will put none of the diseases on you that I put on the Egyptians, for I am the LORD, your healer.”

Then they came to Elim, where there were twelve springs of water and seventy palm trees, and they encamped there by the water.

Question to consider: In what way is this miracle at Marah a reversal of the first plague?

After the LORD crushed Pharaoh’s army in spectacular fashion along with Baal-zephon (their lord of the sea), I would imagine the wandering nation of Israel was pretty excited to get on with their journey into the promised land knowing that there was nobody in pursuit of them. However, by the third day of marching through the desert wilderness without finding water, people started to get concerned, and when they finally came upon an adequate water source, it turned out to be too bitter to drink. Like the water, the people became bitter against Moses and grumbled against him.

It is hard for me to fully understand the thirst which they experienced since I live in a society that goes out of its way to purchase bottles of water even though drinkable water flows from every faucet in the house. Our society considers someone to be dehydrated if they don’t get their eight glasses of water each day so going three days without water while walking through a desert is not something any of us has probably experienced. The difficulties we are allowed to experience in life are usually meant to be a test of our faith. In light of this, the faith of Israel was strong enough to endure three days in the wilderness without water which is way more than I could have endured. Ideally, they would have realized that God would not have promised them the land of Canaan if He intended to let them die in the wilderness, and ideally, they would have been grateful to God for providing water regardless of whether it was bitter and asked for Him to sweeten the water instead of complaining to Moses about it.

However, Moses faithfully interceded for the people, and the LORD showed him the tree branch that would make the water sweet. Even though this is a historical event, God’s method of cleansing the water was a type of the tree of life from Genesis in the same way that the staff of Moses brought cursing upon Pharaoh and the Egyptians much like the cursed tree in the garden. This scene is also a reversal of the 1st plague of Egypt making unclean water clean. Thus, the LORD promised healing to Israel if they listened to Him and kept His commands.

From a Christian perspective, the cleansed water points to our baptism in Christ. I would argue that the Tree of Life is forever bound to the Tree of Knowledge in the beams of the cross. Jesus is the one who listened to the Father and kept His commands on our behalf. He has brought us the promised healing.

After testing them at Marah, the LORD brought them to Elim where there was a spring for each tribe and a tree for each elder so that they could find rest. It is a false teacher who says becoming a Christian will give you a life of ease and luxury. In fact, we will always have trials and strife on this side of heaven because we belong to Christ. However, there are times of blessing when the LORD refreshes and restores and builds us up. Let us be grateful for the hard times and the times of rest because the LORD uses all of them for His good purposes.

Dear heavenly father, thank You for the peace You give us through Your Holy Spirit as we face difficult times that stretch our faith and increase our dependence on You. Thank You for the work that Jesus has done so that we as fallen creatures may still receive Your promises. Amen.