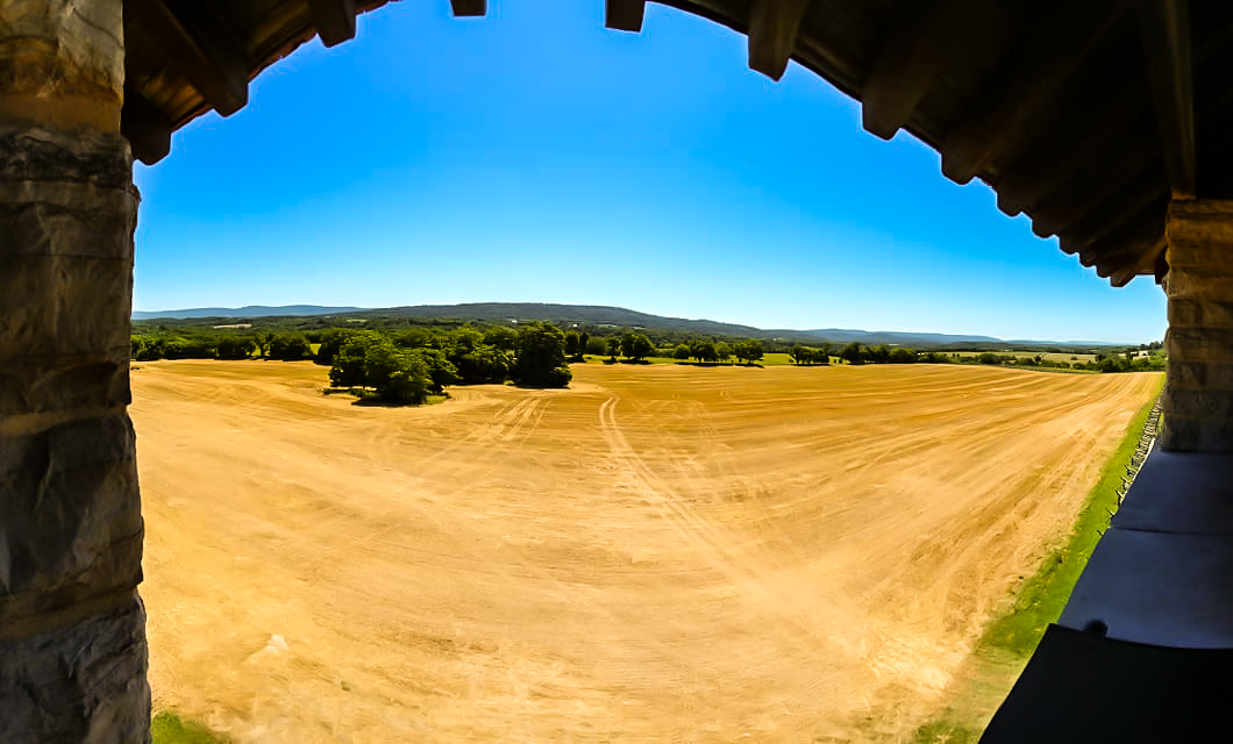 Chapter 29:19-34 (ESV) - “You shall take the other ram, and Aaron and his sons shall lay their hands on the head of the ram, and you shall kill the ram and take part of its blood and put it on the tip of the right ear of Aaron and on the tips of the right ears of his sons, and on the thumbs of their right hands and on the great toes of their right feet, and throw the rest of the blood against the sides of the altar. Then you shall take part of the blood that is on the altar, and of the anointing oil, and sprinkle it on Aaron and his garments, and on his sons and his sons' garments with him. He and his garments shall be holy, and his sons and his sons' garments with him.

“You shall also take the fat from the ram and the fat tail and the fat that covers the entrails, and the long lobe of the liver and the two kidneys with the fat that is on them, and the right thigh (for it is a ram of ordination), and one loaf of bread and one cake of bread made with oil, and one wafer out of the basket of unleavened bread that is before the LORD. You shall put all these on the palms of Aaron and on the palms of his sons, and wave them for a wave offering before the LORD. Then you shall take them from their hands and burn them on the altar on top of the burnt offering, as a pleasing aroma before the LORD. It is a food offering to the LORD.

“You shall take the breast of the ram of Aaron's ordination and wave it for a wave offering before the LORD, and it shall be your portion. And you shall consecrate the breast of the wave offering that is waved and the thigh of the priests' portion that is contributed from the ram of ordination, from what was Aaron's and his sons'. It shall be for Aaron and his sons as a perpetual due from the people of Israel, for it is a contribution. It shall be a contribution from the people of Israel from their peace offerings, their contribution to the LORD.

“The holy garments of Aaron shall be for his sons after him; they shall be anointed in them and ordained in them. The son who succeeds him as priest, who comes into the tent of meeting to minister in the Holy Place, shall wear them seven days.

“You shall take the ram of ordination and boil its flesh in a holy place. And Aaron and his sons shall eat the flesh of the ram and the bread that is in the basket in the entrance of the tent of meeting. They shall eat those things with which atonement was made at their ordination and consecration, but an outsider shall not eat of them, because they are holy. And if any of the flesh for the ordination or of the bread remain until the morning, then you shall burn the remainder with fire. It shall not be eaten, because it is holy.

Question to consider: What is the significance of the right ear, thumb, and toe?

The first ram was used as an offering for the sins of Aaron and his sons. The second ram was offered to ordain them as priests and associate them with the sacrifice. The life is in the blood, and so it served as a mark on the right ear, thumb, and toe which encompassed their learning, actions and travel. Then they were sprinkled with a double-anointing of blood and oil. The oil was a sweet smelling aroma that pointed to the Holy Spirit, and the author of Hebrews affirmed that the blood pointed to Christ, “and to Jesus, the mediator of a new covenant, and to the sprinkled blood that speaks a better word than the blood of Abel.” (Hebrews 12:24)

Having been anointed by the ram, it was divided up into portions that were burned as a food offering to the LORD, and the breast meat which was set aside for the priests to consume. No specific reason is given for why the pieces were “waved” before the LORD, but the description of lifting it upward and then extending them outward in each palm certainly seems like an image of the cross. There is also no specific reason given for the loaf, cake, and wafer, but burning them up with the oil would have a sweet-smelling aroma. Personally, I wonder if they represented the anointing of the holy line from Abraham (the loaf), Isaac (the cake), and Jacob (the wafer) since the stacks of the bread of the Presence represented the twelve tribes. Even if the meaning of these things is for God alone, it was the obligation of the priests to carry them out in faith.

The final step of the ram of ordination was for the priests to consume their portion which was called holy and required that any leftovers be burned up. Taking that which was declared holy into their bodies spread the holiness to the priests to be able to perform their priestly duties to reconcile the people with God. In the Lutheran church, we talk about the “real presence” of Christ’s body in the communion bread. The idea is that when we eat the bread and drink the wine in communion with God and one another, we receive the body and blood of Christ. How that happens is beyond human explanation, but it definitely relates to the priests consuming the sacrifice.

Paul described it this way to the Corinthians, “The cup of blessing that we bless, is it not a participation in the blood of Christ? The bread that we break, is it not a participation in the body of Christ? Because there is one bread, we who are many are one body, for we all partake of the one bread. Consider the people of Israel: are not those who eat the sacrifices participants in the altar?” (1 Corinthians 10:16-18) The priests participated in the altar of the unblemished ram to become the holy representatives of the people. So we participate in the cross of Christ to be His royal priesthood, His holy nation that we may proclaim the excellencies of Him who called us out of darkness into His marvelous light.

Dear heavenly father, help us to act in faith trusting in You even when we don’t understand all that You have us do or experience in this life. You are worthy of all praise and glory and honor so let it be our joy to do the things that You have called us to do. Amen.