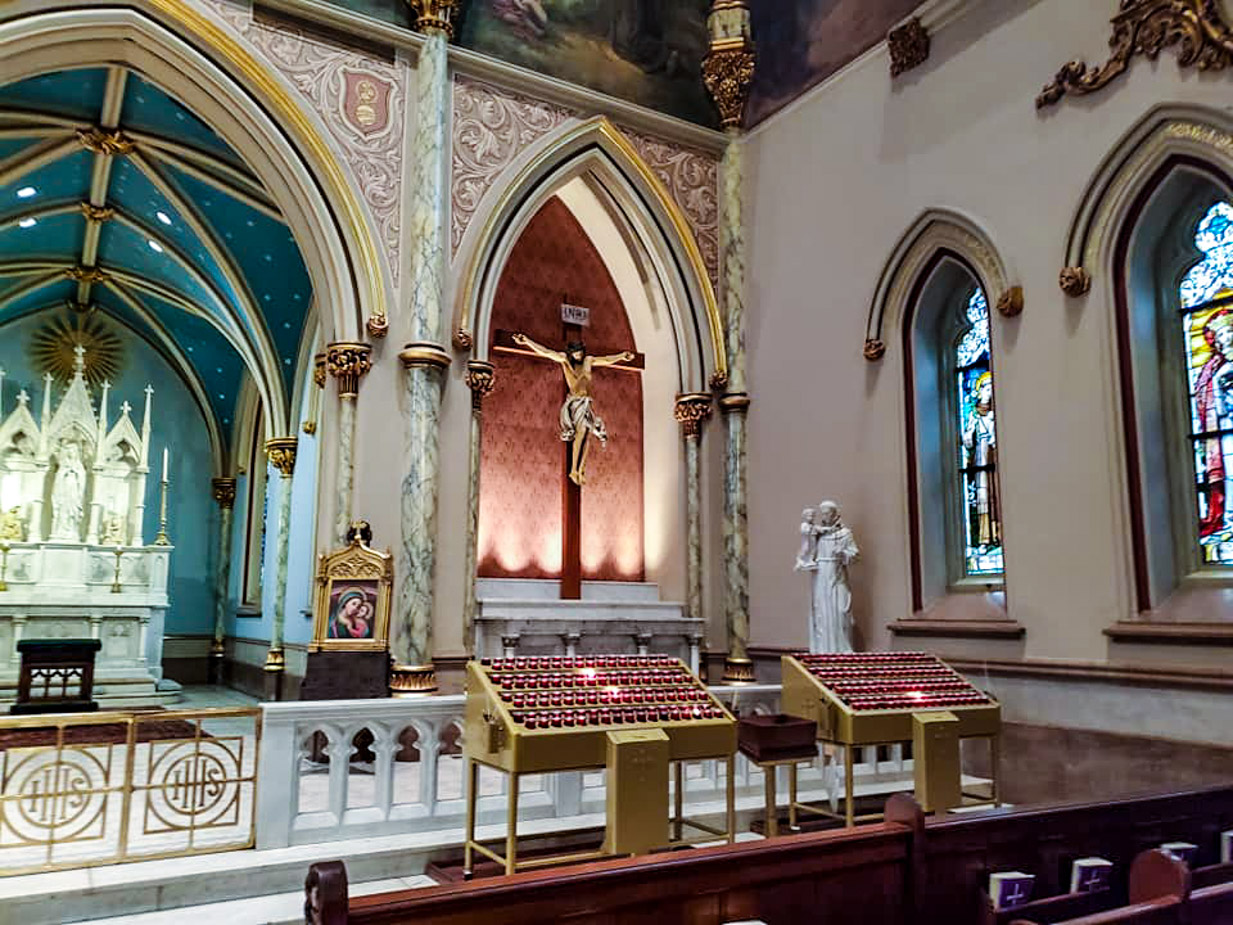 “Then you shall take the anointing oil and anoint the tabernacle and all that is in it, and consecrate it and all its furniture, so that it may become holy. You shall also anoint the altar of burnt offering and all its utensils, and consecrate the altar, so that the altar may become most holy. You shall also anoint the basin and its stand, and consecrate it. Then you shall bring Aaron and his sons to the entrance of the tent of meeting and shall wash them with water and put on Aaron the holy garments. And you shall anoint him and consecrate him, that he may serve me as priest. You shall bring his sons also and put coats on them, and anoint them, as you anointed their father, that they may serve me as priests. And their anointing shall admit them to a perpetual priesthood throughout their generations.”

Question to consider: What are some similarities between Moses assembling the tabernacle and the creation account in Genesis?

After the craftsmen and artists completed the parts of the tabernacle (which was described throughout chapters 36-39), Moses saw that it was all done according to the LORD’s specifications, and he blessed the people. Now the LORD called Moses to assemble all that was crafted, and the first thing we notice is that it was the first day of the first month. It had been a year after the LORD instituted the Passover, and the tabernacle would be ready in time to celebrate the Feast of Unleavened Bread. This would officially be their second year as a nation.

Moses emphasized that everything was done as the “LORD had commanded Moses” seven times as he assembled the tabernacle just as the LORD declared that each of the seven days were good during the creation account. Of course, anything crafted by a sinful man in a fallen world cannot officially be declared as “good,” but at least everything was done according to the LORD’s commands.

Just as God rested from His work on the seventh day, so Moses declared the work finished on the seventh day. In effect, this was the “creation account” of the place where the LORD would dwell among His people. It would usher in new life through the shedding of blood in the sacrifice of animals.

All of this was a type and shadow for the everlasting covenant in Christ who would usher in eternal life through the shedding of His own blood. Through the sevenfold judgments of God on the current world, Christ currently reigns from the heavenly mount Zion in the New Jerusalem. The apostle John wrote down his revelatory vision of the New Jerusalem coming down from heaven as a picture of the final creation in which the LORD puts an end to sin and death, and we will be able to dwell eternally with Him in righteousness. Tomorrow we will wrap up the book of Exodus with the coming of the LORD in glory on the tabernacle.

Dear heavenly father, please stir up in us a desire to act according to Your commands. Thank You for the reminder that Your kingdom is coming into the world and that we will one day be able to dwell with You in righteousness. Please give us Your peace. Amen.