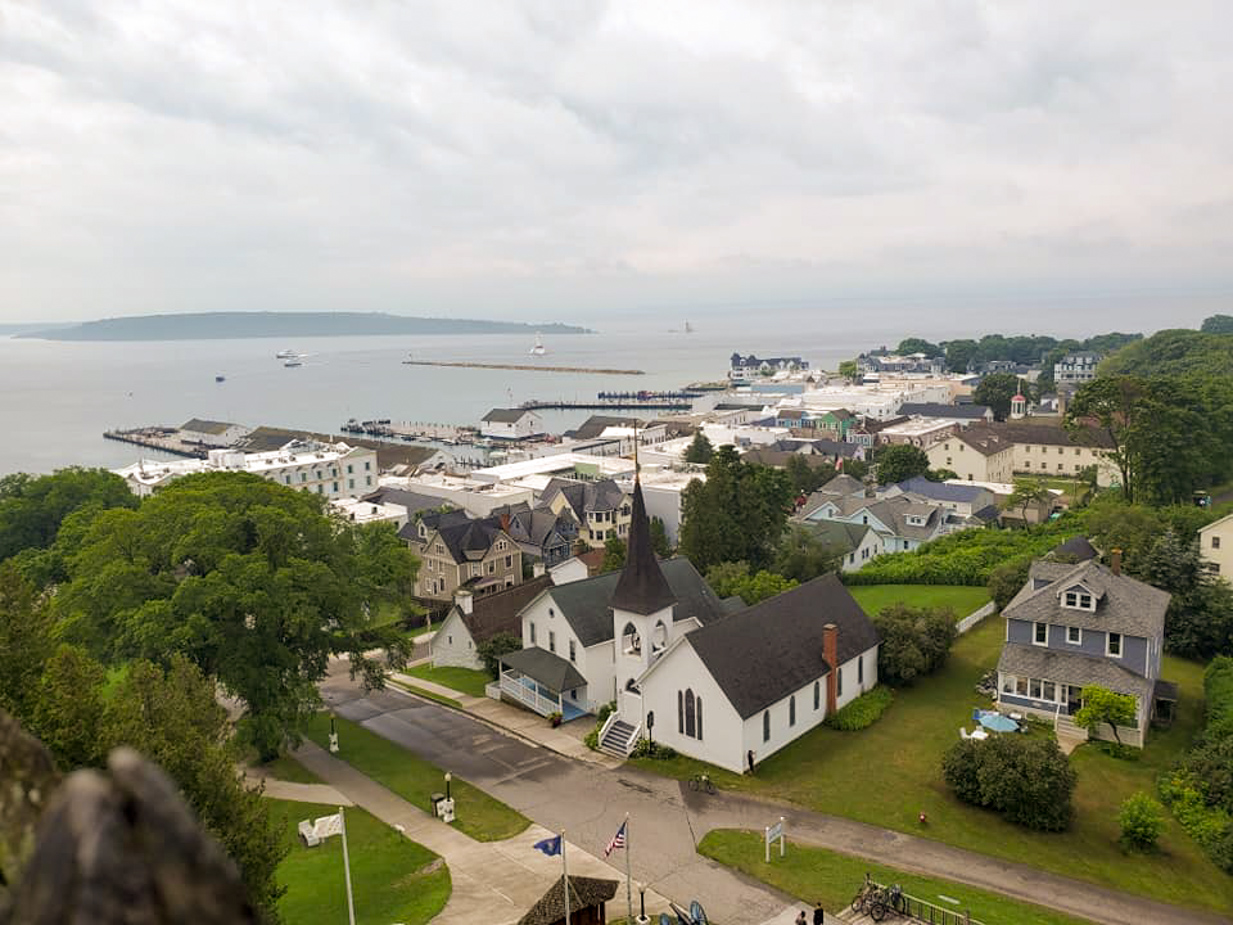 Chapter 8:20-32 (ESV) -  Then the LORD said to Moses, “Rise up early in the morning and present yourself to Pharaoh, as he goes out to the water, and say to him, ‘Thus says the LORD, “Let my people go, that they may serve me. Or else, if you will not let my people go, behold, I will send swarms of flies on you and your servants and your people, and into your houses. And the houses of the Egyptians shall be filled with swarms of flies, and also the ground on which they stand. But on that day I will set apart the land of Goshen, where my people dwell, so that no swarms of flies shall be there, that you may know that I am the LORD in the midst of the earth. Thus I will put a division between my people and your people. Tomorrow this sign shall happen.”’” And the LORD did so. There came great swarms of flies into the house of Pharaoh and into his servants' houses. Throughout all the land of Egypt the land was ruined by the swarms of flies.

Then Pharaoh called Moses and Aaron and said, “Go, sacrifice to your God within the land.” But Moses said, “It would not be right to do so, for the offerings we shall sacrifice to the LORD our God are an abomination to the Egyptians. If we sacrifice offerings abominable to the Egyptians before their eyes, will they not stone us? We must go three days' journey into the wilderness and sacrifice to the LORD our God as he tells us.” So Pharaoh said, “I will let you go to sacrifice to the LORD your God in the wilderness; only you must not go very far away. Plead for me.” Then Moses said, “Behold, I am going out from you and I will plead with the LORD that the swarms of flies may depart from Pharaoh, from his servants, and from his people, tomorrow. Only let not Pharaoh cheat again by not letting the people go to sacrifice to the LORD.” So Moses went out from Pharaoh and prayed to the LORD. And the LORD did as Moses asked, and removed the swarms of flies from Pharaoh, from his servants, and from his people; not one remained. But Pharaoh hardened his heart this time also, and did not let the people go.

Question to consider: Why do you think there is no mention of the magicians with this plague?

So far it has been relatively easy to match up plagues with the corresponding Egyptian gods. This one is admittedly more difficult. If you do a web search on Egyptian gods in the plagues of Exodus, you’ll see the most common connection is with Khepri, a god associated with creation, rebirth and the movement of the sun. They try to push the idea that Khepri had the head of a fly, but every image I’ve ever seen depicts him with the head of a scarab or dung beetle. The dung beetle rolls up its eggs in a ball of mud or dung, and the fully-formed beetle breaks out of the ball at the appointed time. Thus, the Egyptians equated the ball with the sun, and the breaking forth of the beetle as a sign of rebirth.

The ancient rabbis attribute the word arov, which is translated “swarm of flies,” to actually mean a swarm of “wild beasts.” If God unleashed wild beasts upon Egypt, it would indeed have been devastating to the land. Yesterday, I had mentioned the theory of the third plague being the “biting midge” at the pupal stage, and the fourth plague pertaining to them at their adult stage where they would do more damage to the land. It’s certainly possible this is the case since there was no action on the part of Moses or Aaron to bring about this plague. God could have simply let the natural course of the third plague play out. Personally, I take natural explanations of a supernatural event with a grain of salt.

Regardless of what creatures were in this swarm or whether it corresponded to the direct defeat of a god in the Egyptian pantheon, the most noteworthy detail of this plague was that the land where the Hebrew slaves dwelt, Goshen, was spared so this plague only affected the Egyptians. At this point, there is no mention of the magicians who had been defeated in the last plague, and Pharaoh no longer questioned the power of the LORD. Instead he was ready to negotiate a truce. However, the LORD was not interested in bargaining with Pharaoh. His people would worship Him in the manner in which He desired. Once again, Pharaoh asked that Moses plead with the LORD to relent. Once again, the LORD answered the prayers of Moses. Once again, when the swarms went away, Pharaoh saw the devastation and hardened his heart against Israel and did not let them go.

Dear heavenly father, help us to be open to Your correction and rebuke. May we take comfort in Your sovereign hand even when we can’t fully understand or explain everything in a way that satisfies us. Thank You for giving us the ability to reason and a faith that is grounded in truth and evidence. May we use the minds You have given us to know You more fully. Amen.