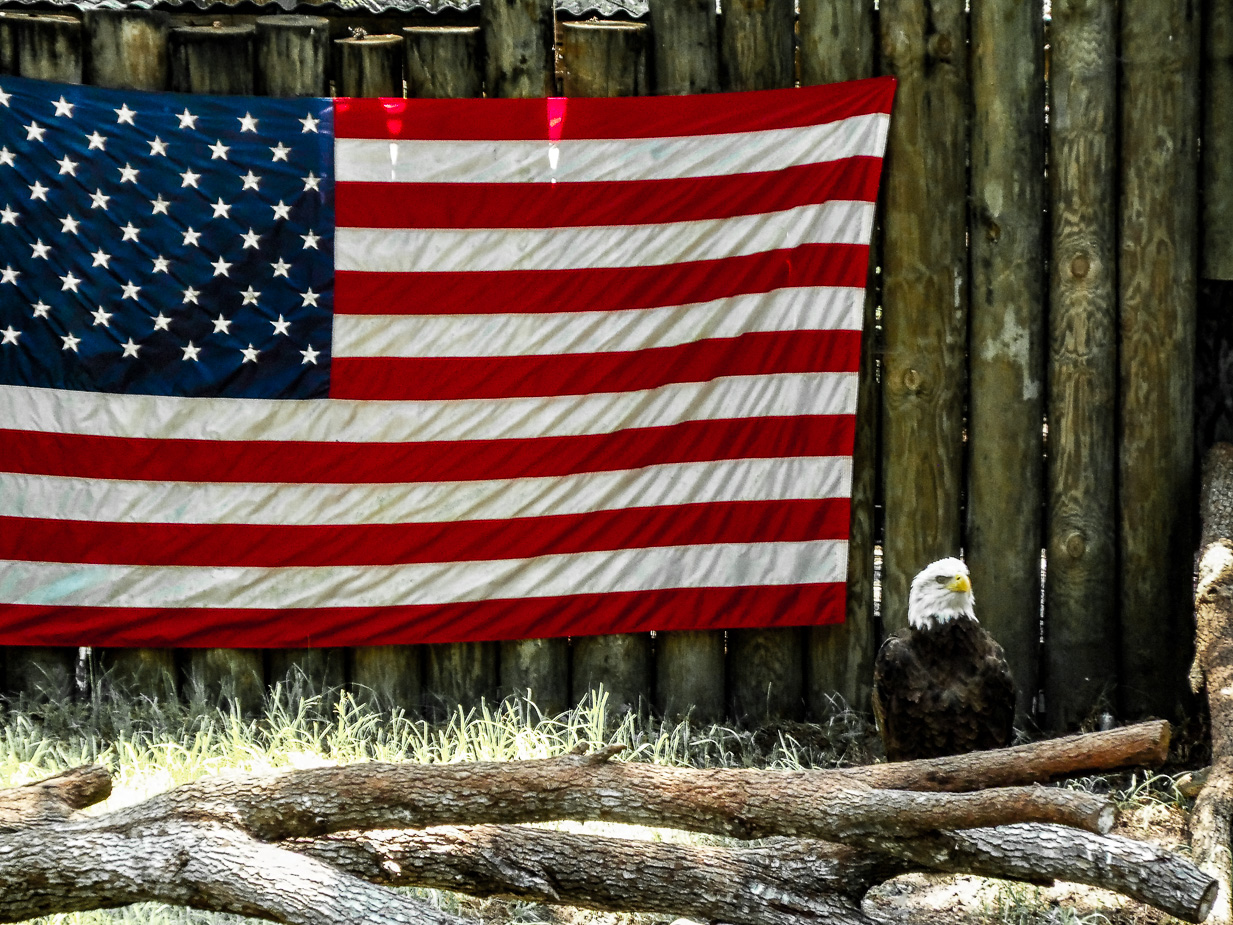 Chapter 1:4-28 (ESV) - As I looked, behold, a stormy wind came out of the north, and a great cloud, with brightness around it, and fire flashing forth continually, and in the midst of the fire, as it were gleaming metal. And from the midst of it came the likeness of four living creatures. And this was their appearance: they had a human likeness, but each had four faces, and each of them had four wings. Their legs were straight, and the soles of their feet were like the sole of a calf's foot. And they sparkled like burnished bronze. Under their wings on their four sides they had human hands. And the four had their faces and their wings thus: their wings touched one another. Each one of them went straight forward, without turning as they went. As for the likeness of their faces, each had a human face. The four had the face of a lion on the right side, the four had the face of an ox on the left side, and the four had the face of an eagle. Such were their faces. And their wings were spread out above. Each creature had two wings, each of which touched the wing of another, while two covered their bodies. And each went straight forward. Wherever the spirit would go, they went, without turning as they went. As for the likeness of the living creatures, their appearance was like burning coals of fire, like the appearance of torches moving to and fro among the living creatures. And the fire was bright, and out of the fire went forth lightning. And the living creatures darted to and fro, like the appearance of a flash of lightning.

Such was the appearance of the likeness of the glory of the Lord. And when I saw it, I fell on my face, and I heard the voice of one speaking.

Question to consider: What is Ezekiel’s reaction to seeing the glory of the Lord?

Ezekiel the priest received the word of the Lord through a vision by the Chebar canal while living the land of the Chaldeans (Babylon). It must have been difficult for God’s faithful to see their once great nation fall and people either killed or forced to live in a pagan land. In the midst of this judgment, men like Ezekiel and Daniel received the assurance from God that this was all part of a greater plan to bring righteousness to all nations through His Anointed One.

The four creatures who worship night and day around the throne of God descended in fiery fashion, bearing the Lord upon His throne to bring a word to a terrified Ezekiel. The Apostle John had a similar experience in Revelation 4:1-8 except that instead of the Lord descending to John, He brought John up to heaven, “After this I looked, and behold, a door standing open in heaven! And the first voice, which I had heard speaking to me like a trumpet, said, ‘Come up here, and I will show you what must take place after this.’ At once I was in the Spirit, and behold, a throne stood in heaven, with one seated on the throne. And he who sat there had the appearance of jasper and carnelian, and around the throne was a rainbow that had the appearance of an emerald. Around the throne were twenty-four thrones, and seated on the thrones were twenty-four elders, clothed in white garments, with golden crowns on their heads. From the throne came flashes of lightning, and rumblings and peals of thunder, and before the throne were burning seven torches of fire, which are the seven spirits of God, and before the throne there was as it were a sea of glass, like crystal.

I think John’s vision helps us get a better picture of what Ezekiel experienced. Since the four creatures bore the expanse and throne of the Lord, they locked their wings on each side of it and moved as a single creature so that the one facing Ezekiel had the face of a human, the one on the right side beneath the throne had the face of a lion, the one on the left side the face of an ox, and the one behind the face of an eagle. So if they were facing the four directions (north, south, east and west), in the midst of them would have appeared  blue-green concentric rings that were described like a gyro-sphere. This allowed them to move in all directions, and they darted about like lightning.

The eyes covering the creatures and the wheels are a picture of the Holy Spirit who sees all and is all-knowing and wise and causes these creatures to move about the earth. Throughout the church age, there have been artistic renderings called tetramorphs which depict these four cherubim as an image of the gospel accounts. Church fathers such as Iraneus, Augustine, Jerome, and Thomas Aquinas all seemed to differ on which creature represents which gospel, but I think our focus should be on the God who revealed Himself to Ezekiel in the midst of Israel’s rebellion and judgment. Ezekiel’s response was to fall on his face before Him like a dead man.

Dear heavenly father, thank You for reconciling us to You even though we are only deserving of judgment. We recognize that You know all things and that all things are working toward a day in which there will be no more sin or death. Amen.