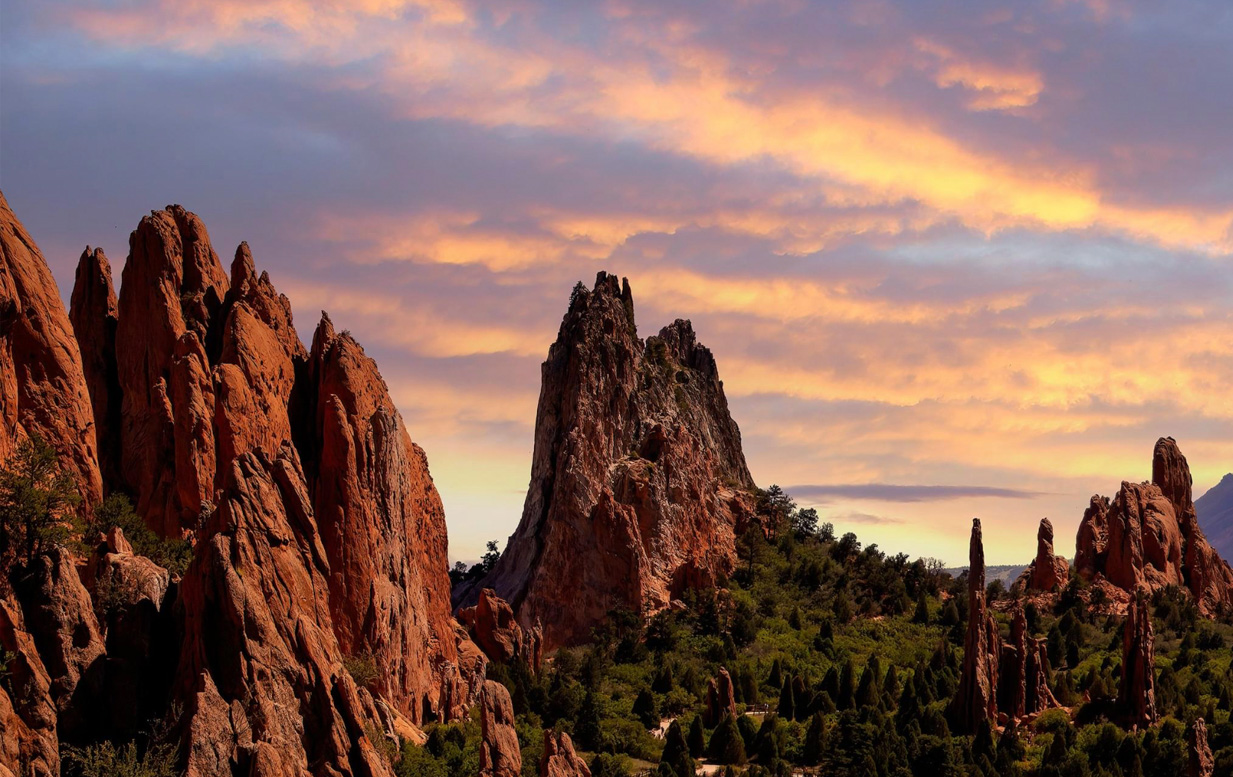 Chapter 6 (ESV) - The word of the Lord came to me: “Son of man, set your face toward the mountains of Israel, and prophesy against them, and say, You mountains of Israel, hear the word of the Lord God! Thus says the Lord God to the mountains and the hills, to the ravines and the valleys: Behold, I, even I, will bring a sword upon you, and I will destroy your high places. Your altars shall become desolate, and your incense altars shall be broken, and I will cast down your slain before your idols. And I will lay the dead bodies of the people of Israel before their idols, and I will scatter your bones around your altars. Wherever you dwell, the cities shall be waste and the high places ruined, so that your altars will be waste and ruined, your idols broken and destroyed, your incense altars cut down, and your works wiped out. And the slain shall fall in your midst, and you shall know that I am the Lord.

“Yet I will leave some of you alive. When you have among the nations some who escape the sword, and when you are scattered through the countries, then those of you who escape will remember me among the nations where they are carried captive, how I have been broken over their whoring heart that has departed from me and over their eyes that go whoring after their idols. And they will be loathsome in their own sight for the evils that they have committed, for all their abominations. And they shall know that I am the Lord. I have not said in vain that I would do this evil to them.”

Thus says the Lord God: “Clap your hands and stamp your foot and say, Alas, because of all the evil abominations of the house of Israel, for they shall fall by the sword, by famine, and by pestilence. He who is far off shall die of pestilence, and he who is near shall fall by the sword, and he who is left and is preserved shall die of famine. Thus I will spend my fury upon them. And you shall know that I am the Lord, when their slain lie among their idols around their altars, on every high hill, on all the mountaintops, under every green tree, and under every leafy oak, wherever they offered pleasing aroma to all their idols. And I will stretch out my hand against them and make the land desolate and waste, in all their dwelling places, from the wilderness to Riblah. Then they will know that I am the Lord.”

Question to consider: Where else in scripture did the Lord make this promise about the altars becoming desolate and the people cast down before them?

Now that the Lord had opened Ezekiel’s mouth so that he could proclaim the words He had for the exiles, the word regarding those slain before their idols may sound familiar to you. I quoted these same words back in chapter 4 when the Lord was giving Ezekiel instructions on the baking of his bread during the time of the drama. It was the promise of God in Leviticus 26:27-33 for continued disobedience. So the words themselves were originally given to Moses and were probably known by all of the exiles listening to Ezekiel and seeing his dramatic depiction of the judgment. The information that was new to them was that the time of this Levitical punishment was near.

Furthermore, this judgment would not only affect Jerusalem but them as well, for the Levitical passage goes on to say, “Then the land shall enjoy its Sabbaths as long as it lies desolate, while you are in your enemies' land; then the land shall rest, and enjoy its Sabbaths. As long as it lies desolate it shall have rest, the rest that it did not have on your Sabbaths when you were dwelling in it. And as for those of you who are left, I will send faintness into their hearts in the lands of their enemies. The sound of a driven leaf shall put them to flight, and they shall flee as one flees from the sword, and they shall fall when none pursues. They shall stumble over one another, as if to escape a sword, though none pursues. And you shall have no power to stand before your enemies. And you shall perish among the nations, and the land of your enemies shall eat you up. And those of you who are left shall rot away in your enemies' lands because of their iniquity, and also because of the iniquities of their fathers they shall rot away like them.” (Leviticus 26:34-39)

Part of the disobedience was in ignoring the land Sabbaths which had been decreed by God. Every seventh year, the land was to be given a rest from its harvest, and God promised to give them enough produce in the other six years to sustain them. We know Israel failed in this task, for when this judgment was fulfilled, it was written in 2 Chronicles 36:20-21, “[Nebuchadnezzar] took into exile in Babylon those who had escaped from the sword, and they became servants to him and to his sons until the establishment of the kingdom of Persia, to fulfill the word of the Lord by the mouth of Jeremiah, until the land had enjoyed its Sabbaths. All the days that it lay desolate it kept Sabbath, to fulfill seventy years.”

The seventy year exile meant that Israel had ignored seventy land Sabbaths which would have occurred over 490 years. Interestingly enough, in the word given to Daniel by the angel Gabriel, after the seventy years were over, and the decree went out to rebuild the destroyed temple, God promised that after 70 more Sabbath years (sevens), the Anointed One would come, “to finish the transgression, to put an end to sin, and to atone for iniquity, to bring in everlasting righteousness, to seal both vision and prophet.” (Daniel 9:24)

If you read the rest of Leviticus 26, God said that He would remember His covenant with Abraham, Isaac, and Jacob if Israel would confess and turn back to Him. The promise from Gabriel came to Daniel after Daniel interceded for Israel in confessing their sins. In this, Daniel was a type for Christ who according to the author of Hebrews, “is able to save to the uttermost those who draw near to God through him, since he always lives to make intercession for them.” (Hebrews 7:25) Praise God who shows mercy to a thousand generations through the righteous intercession of one man!

Dear heavenly father, thank You for giving us such a high priest, holy, innocent, unstained, separated from sinners, and exalted above the heavens. May we look to Christ for our forgiveness, and help us to intercede for those around us so that they may do the same. Amen.