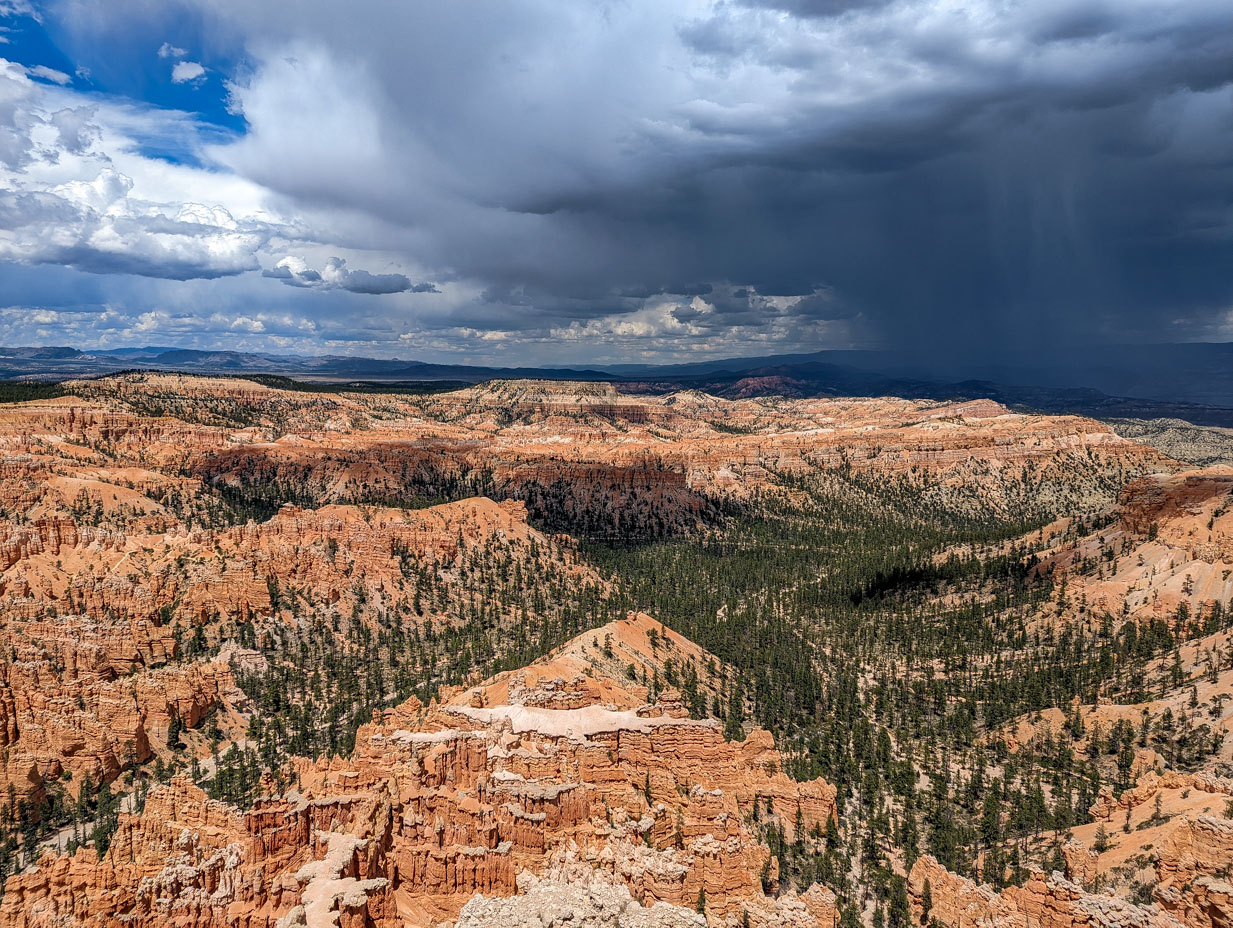 Chapter 7:1-13 (ESV) - The word of the Lord came to me: “And you, O son of man, thus says the Lord God to the land of Israel: An end! The end has come upon the four corners of the land. Now the end is upon you, and I will send my anger upon you; I will judge you according to your ways, and I will punish you for all your abominations. And my eye will not spare you, nor will I have pity, but I will punish you for your ways, while your abominations are in your midst. Then you will know that I am the Lord.

“Thus says the Lord God: Disaster after disaster! Behold, it comes. An end has come; the end has come; it has awakened against you. Behold, it comes. Your doom has come to you, O inhabitant of the land. The time has come; the day is near, a day of tumult, and not of joyful shouting on the mountains. Now I will soon pour out my wrath upon you, and spend my anger against you, and judge you according to your ways, and I will punish you for all your abominations. And my eye will not spare, nor will I have pity. I will punish you according to your ways, while your abominations are in your midst. Then you will know that I am the Lord, who strikes.

“Behold, the day! Behold, it comes! Your doom has come; the rod has blossomed; pride has budded. Violence has grown up into a rod of wickedness. None of them shall remain, nor their abundance, nor their wealth; neither shall there be preeminence among them. The time has come; the day has arrived. Let not the buyer rejoice, nor the seller mourn, for wrath is upon all their multitude. For the seller shall not return to what he has sold, while they live. For the vision concerns all their multitude; it shall not turn back; and because of his iniquity, none can maintain his life.

Question to consider: Do you think Ezekiel proclaimed three different judgments or emphasized a single judgment three times in this passage? Why or why not?

The movies generally portray those who announce that “the end is near” as old and crazy homeless-looking guys wearing sandwich boards or holding up a hand-written cardboard sign. I think these depictions are based on prophets like Ezekiel. However, we should remember that although Ezekiel was among those in Judah carried off by Nebuchadnezzar, he was a young man of the line of priests who had just reached the age in which he would have been able to serve in the temple. He would have been known by many and respected by all‒ that is until he dramatically brought God’s message of the destruction that was coming upon Jerusalem.

Chapter 7 is a particularly hard chapter. There are multiple instances where there are footnotes saying that a Hebrew word or sentence has an unclear meaning so it’s wise to not divide over how we view this text. I have generally taken Ezekiel’s proclamations of judgment as covering the near term destruction of Jerusalem by the Babylonians, and the final destruction of Jerusalem and its earthly temple by the Romans in 70 AD. I realize that there are some who believe that the Jerusalem temple will be rebuilt, but I think the book of Hebrews does not make room for such a thing. If you haven’t read my study in Hebrews, I recommend you do so because it really helps to understand how the covenants tie together.

In this passage, Ezekiel makes three proclamations of judgment with each progressing in intensity. It’s possible Ezekiel prophesied threefold for emphasis which was a common Hebrew literary practice. For example, in the temple there was the holy place and the holy of holies, but the four living creatures proclaim of God, “Holy, holy, holy, is the Lord God Almighty, who was and is and is to come!”

Another possibility is that Ezekiel was referring to three different judgments, each greater than the other. The first dealt with the four corners of the land. The land could refer to “the earth”. However, since Ezekiel was prophesying against the exiles, I think it is a more likely possibility that the first judgment mentioned was the contemporary one that came by way of the Babylonians.

The second judgment spoke of God pouring out His wrath and spending all His anger. This idea of the cup of God’s wrath being poured out is most identified with Christ receiving the full cup of God’s wrath on the cross. As Ezekiel expressed, “Your doom has come to you, O inhabitant of the land.” He doesn’t say “inhabitants”. The apostle Paul made a similar argument in regard to the covenant of promise given to Abraham in Galatians 3:16, “Now the promises were made to Abraham and to his offspring. It does not say, ‘And to offsprings,’ referring to many, but referring to one, ‘And to your offspring,’ who is Christ.” If Christ is the seed of Abraham who received the promise, it is reasonable to say that as the representative of Israel, Christ received the full cup of God’s wrath.

The third judgment mentioned expressed the doom of the multitude. None can maintain his life according to Ezekiel. Those who rejected their Messiah experienced the full cup of God’s wrath within that generation with the complete destruction of the temple by the Romans. It is also possible that the judgment in 70 AD is more closely associated with that which was poured out on Christ in the second judgment since it happened within that generation. If that was the case, then this doom of the multitude could refer to the final judgment against the whole world. We’ll look at the second half of this chapter tomorrow to see if it offers any more clarity to this.

Dear heavenly father, thank You for the hope we have in Christ Jesus that we can look forward to the day when He returns to put an end to sin and death once and for all. Help us to be Your heralds of Christ’s salvation so that those among us may turn to You for mercy. Amen.