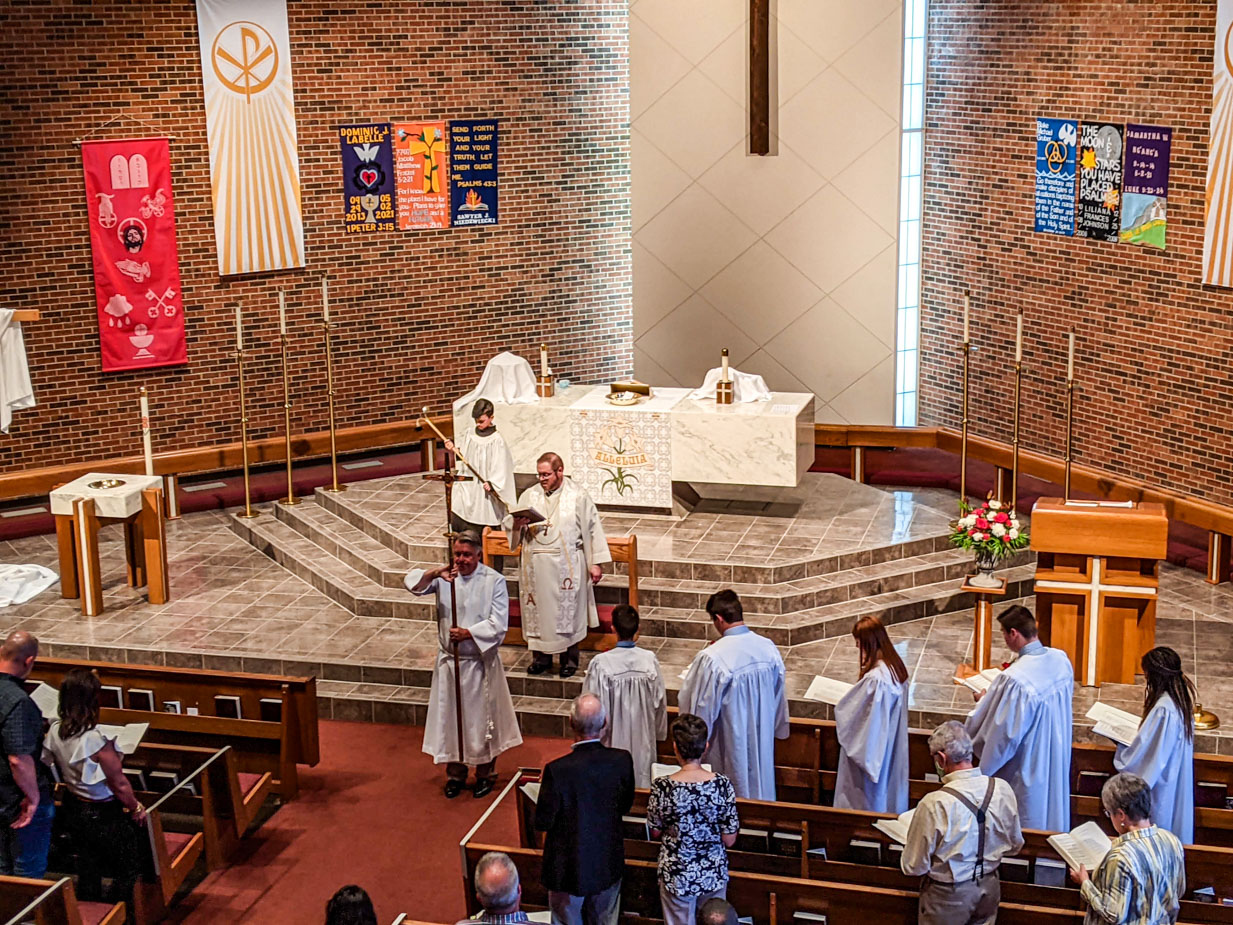 Chapter 9:1-4 (ESV) - Then he cried in my ears with a loud voice, saying, “Bring near the executioners of the city, each with his destroying weapon in his hand.” And behold, six men came from the direction of the upper gate, which faces north, each with his weapon for slaughter in his hand, and with them was a man clothed in linen, with a writing case at his waist. And they went in and stood beside the bronze altar.

Now the glory of the God of Israel had gone up from the cherub on which it rested to the threshold of the house. And he called to the man clothed in linen, who had the writing case at his waist. And the Lord said to him, “Pass through the city, through Jerusalem, and put a mark on the foreheads of the men who sigh and groan over all the abominations that are committed in it.”

Question to consider: What does a mark on the forehead signify in this vision?

Throughout scripture, the justice of God always contained the perfect measures of judgment and mercy. The flood was the greatest of the judgments which killed all but Noah and his family. If you went through my study in Genesis, I argued that Noah and his family were the last of the line of Seth, for the wicked line of Cain had conquered the rest of the world. So God preserved the holy line to complete His promise to Eve that one of her descendants would crush the head of the serpent. God’s judgment against Egypt contained the merciful mark of the Passover lamb on the doorposts of those who loved Him and heeded His commands.

In today’s passage, God’s mercy was administered through a mark on the foreheads of the faithful men who were described as those who were greatly disturbed by the pagan worship taking place in Judah. All who received the mark would be spared from the judgment that was about to come upon Jerusalem by the Babylonians. Presumably all of the wives and children related to these men would have been either marked or spared as well, and yet the wives and children of those who participated in the abominations were not.

I know people who are entirely outraged by God’s decision to judge the elderly, the women, and the children in this way as if God had arbitrarily acted in judgment upon them. Ironically, these are usually the same people who have no problem euthanizing the elderly or killing preborn children so their outrage seems to be derived from the fact that God administers justice without their approval. Not only is God’s judgment righteous and true, but God has the sole prerogative to judge in this manner because God is the only one that can give or sustain life. We pretend that we sustain life through modern science and medicine, but it is still God who numbers our days and righteously administers justice.

The mark on the forehead is reminiscent of the word God gave to Israel through Moses regarding His commands, “You shall bind them as a sign on your hand, and they shall be as frontlets between your eyes.” (Deuteronomy 6) The idea was that people would remember God’s Law in their actions and thoughts. The antithesis of this was established by the beast in the apostle John’s vision, “[the beast] causes all, both small and great, both rich and poor, both free and slave, to be marked on the right hand or the forehead, so that no one can buy or sell unless he has the mark, that is, the name of the beast or the number of its name.” (Revelation 13:16-17)

I don’t think John was referring to a microchip planted in a person so much as actions and attitudes that align with those of the world. Even today, people can tell where someone’s allegiance lies and restrict their ability to make a living if you act or think differently than the culture. Forcing it to be associated with technology removes the imminence of Christ’s return because it pins it to a time in which the technology is put into practice.