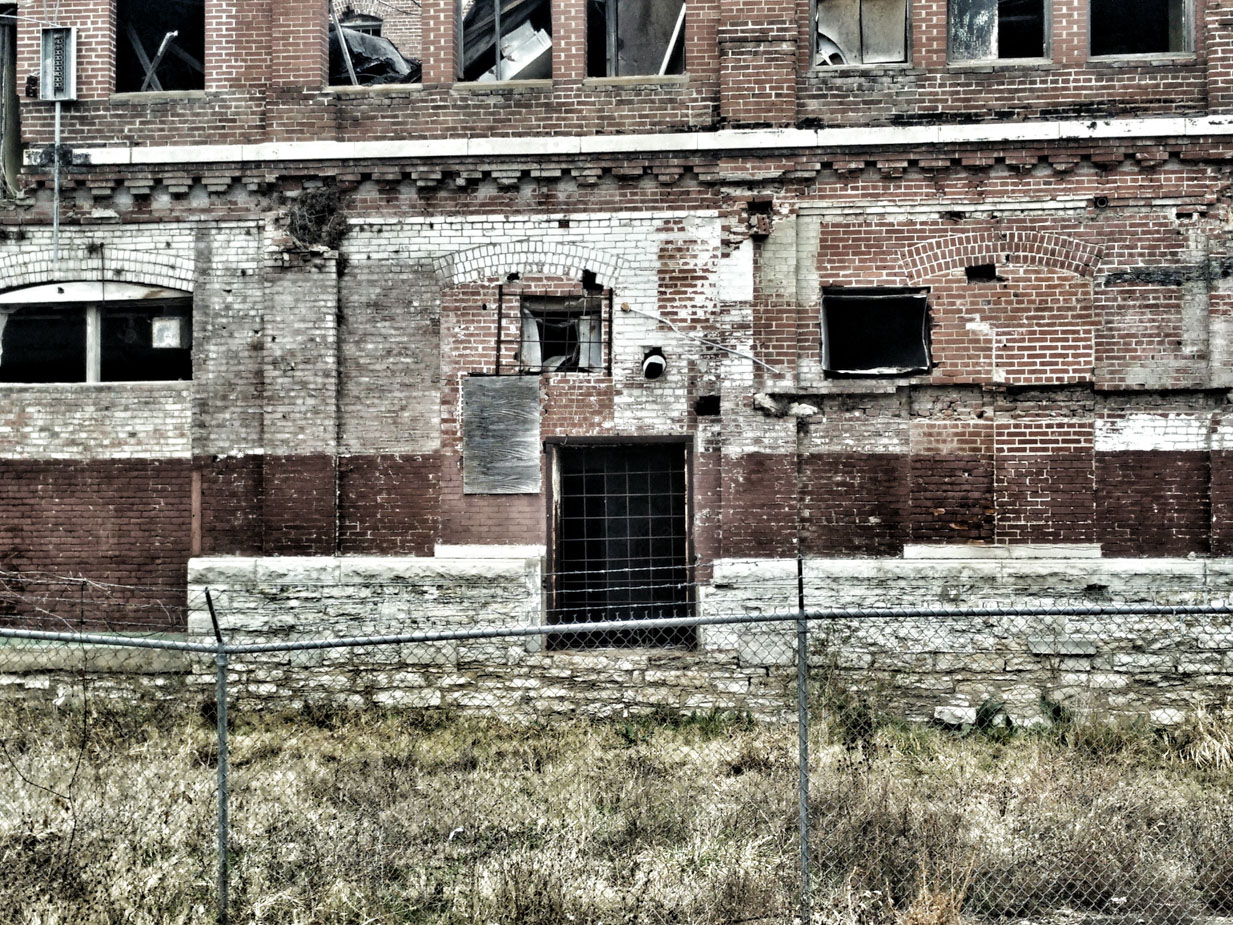 Chapter 9:5-11 (ESV) -  And to the others he said in my hearing, “Pass through the city after him, and strike. Your eye shall not spare, and you shall show no pity. Kill old men outright, young men and maidens, little children and women, but touch no one on whom is the mark. And begin at my sanctuary.” So they began with the elders who were before the house. Then he said to them, “Defile the house, and fill the courts with the slain. Go out.” So they went out and struck in the city. And while they were striking, and I was left alone, I fell upon my face, and cried, “Ah, Lord God! Will you destroy all the remnant of Israel in the outpouring of your wrath on Jerusalem?”

Then he said to me, “The guilt of the house of Israel and Judah is exceedingly great. The land is full of blood, and the city full of injustice. For they say, ‘The Lord has forsaken the land, and the Lord does not see.’ As for me, my eye will not spare, nor will I have pity; I will bring their deeds upon their heads.”

And behold, the man clothed in linen, with the writing case at his waist, brought back word, saying, “I have done as you commanded me.”

Question to consider: If God charged six angels with judging Israel, why was it destroyed by Babylon?

It is difficult to read the words of judgment in this passage. Unless we’ve been personally harmed by the actions of others, we seem to be horrified to see judgment carried out against those who are deserving of it. Maybe it is because we more closely identify with the human we can see in front of us rather than the unseen victims or that we start to forget the severity of the sin over time whereas God’s sense of justice is righteous and unchanging.

Ezekiel’s horror was magnified by the fact that the judgment was coming upon his fellow Israelites. Habakkuk had a similar reaction to God’s pronouncement that He would judge Israel by the Babylonians, “You who are of purer eyes than to see evil and cannot look at wrong, why do you idly look at traitors and remain silent when the wicked swallows up the man more righteous than he?” (Habakkuk 1:13) Habakkuk is more poetic in describing his exchange with God, but essentially he cried out to God to judge the injustice occurring among the Israelites, and God replied that He would judge them by the Babylonians. Habakkuk’s reaction was to question why God would use a nation that is even more deserving of judgment as His instrument to judge them. In truth, Israel’s wickedness was even greater than the Babylonians, for the God of Israel had revealed Himself to them and given them the Law. They acted in knowledge whereas the Babylonians acted in ignorance.

What’s interesting is that the command of God was carried out by His six executioners, angels told to strike without pity, and yet the physical destruction of Jerusalem was brought about by the Babylonians under the reign of Nebuchadnezzar in 586 BC. Scripture occasionally refers to a parallel war going on in the heavenly realms which coincides with things that happen here on earth. For instance, in Daniel, an angel revealed why there was a delay in the answer to his prayer, “Fear not, Daniel, for from the first day that you set your heart to understand and humbled yourself before your God, your words have been heard, and I have come because of your words. The prince of the kingdom of Persia withstood me twenty-one days, but Michael, one of the chief princes, came to help me, for I was left there with the kings of Persia, and came to make you understand what is to happen to your people in the latter days. For the vision is for days yet to come.” (Daniel 10:12-14)

The final destruction of the temple came by way of God’s judgment using the Romans in 70 AD. Because God judged Jerusalem in this way, Rome was referred to as Babylon by those in the early church. Peter wrote, “She who is at Babylon, who is likewise chosen, sends you greetings, and so does Mark, my son,” (1 Peter 5:13) to let the readers of his epistle know that he was at the church in Rome. Considering he was writing to those scattered from the Jerusalem church in Asia Minor, it may have been a reassurance that he had escaped the persecution that was going on in Jerusalem.

Just because God has given a heavenly decree that manifested in earthly wars, I still believe in the physical return of Christ and resurrection of the dead. When Jesus ushered in His kingdom, the disciples mistakenly thought that He would establish it through earthly conquest because that is what God did through David and Solomon. In the same way, I would say that even though Jesus established His reign from the heavenly Mount Zion and judged the temple through earthly means, it would be a mistake to think He will not return physically. There will come a time in which this heavenly kingdom will be fully and finally realized here on earth.

Dear Lord, thank You for Your complete and righteous rule. Help us to see Your mighty hand at work in the world even in the midst of so much darkness all around us. May we look forward to Your return and continue to use the gifts and talents You have given us to love and serve one another and make disciples of all nations. Amen.