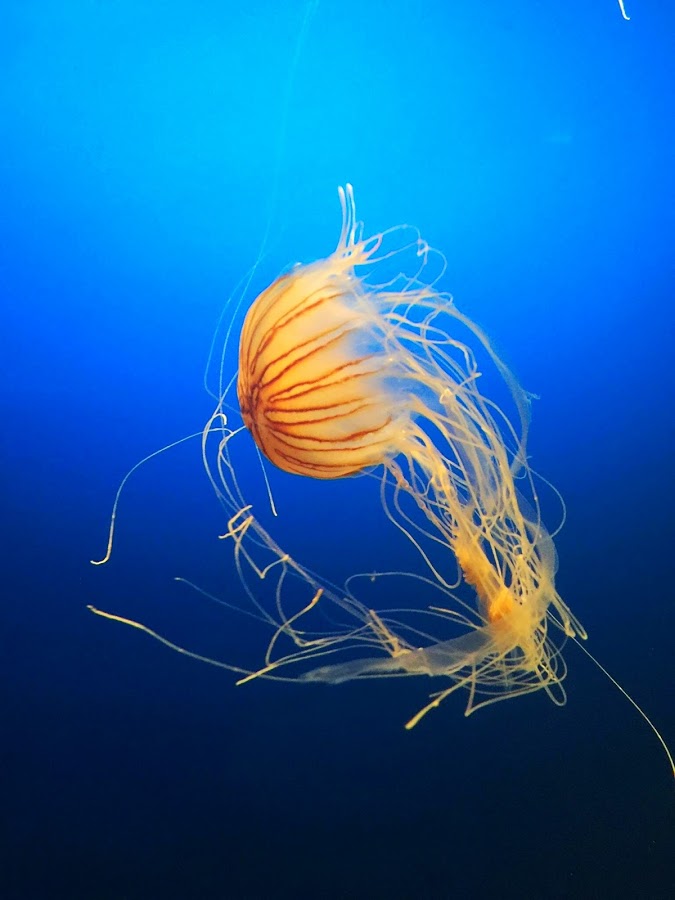 And God said, “Let the waters swarm with swarms of living creatures, and let birds fly above the earth across the expanse of the heavens.” So God created the great sea creatures and every living creature that moves, with which the waters swarm, according to their kinds, and every winged bird according to its kind. And God saw that it was good. And God blessed them, saying, “Be fruitful and multiply and fill the waters in the seas, and let birds multiply on the earth.” And there was evening and there was morning, the fifth day.

Then God said, “Let us make man in our image, after our likeness. And let them have dominion over the fish of the sea and over the birds of the heavens and over the livestock and over all the earth and over every creeping thing that creeps on the earth.”

So God created man in his own image,
in the image of God he created him;
male and female he created them.

And God blessed them. And God said to them, “Be fruitful and multiply and fill the earth and subdue it, and have dominion over the fish of the sea and over the birds of the heavens and over every living thing that moves on the earth.” And God said, “Behold, I have given you every plant yielding seed that is on the face of all the earth, and every tree with seed in its fruit. You shall have them for food. And to every beast of the earth and to every bird of the heavens and to everything that creeps on the earth, everything that has the breath of life, I have given every green plant for food.” And it was so. And God saw everything that he had made, and behold, it was very good. And there was evening and there was morning, the sixth day.

Question to consider: Why does Moses point out that each thing God made was good?

The natural tendency when dealing with the creation account in Genesis is to compare the text with current natural science theories. Instead of getting lost in the weedy details of this passage, I think we can get a better understanding by staying at the 30,000 foot view that is presented by Moses in this passage. Moses wrote the creation account to Israelites who had just spent their entire lives as slaves in Egypt, entirely immersed in their culture and were heading into the land of Canaan.

The first thing to note is that Moses drives home the point that the God of Israel was the one true and sovereign creator. If you study different mythologies like the Canaanites and the Babylonians, they believed that the earth was created out of a war between Baal (the storm god of the sky) and Yam (the god of the sea). We can easily get lost in another set of weeds comparing the different mythologies, but the intent of Moses was to express to the Israelites that the universe was not born out of struggle, but that it leapt into existence by the mere word of God. God did not hover over the deep getting ready to do battle. God was positioned above His creation as the ruler and authority over it.

The Egyptians believed that the sun god, Atum (also known as Re), spoke himself into existence from the dark and directionless waters called Nun. Atum created two offspring, Shu and Tefnut, who represented life and justice. They separated the sky from the waters and gave birth to Geb, the dry land, and Nut, the sky. So the account of Moses directly contradicts these stories to say that God has existed eternally and created everything by His own word. Not only did God create everything, but He called it good because before the fall of Adam, everything was in perfect order according to the command of God.

Mankind is created last and is the pinnacle of God’s creation, intended to be stewards of the earth instead of the mythos which all seem to make man a slave to serve the whims of the gods. Upon completion of His creation, God rests. Moses explains that this rest is what makes the seventh day holy and the reason for their sabbath. We know from our study of Hebrews that the Sabbath rest is a type and shadow that points to Christ as the Sabbath personified who has brought to eternal rest our work under the law.

A final thing to note on this creation story is that it serves as an explanation for our seven-day week. The Egyptian calendar (which is what the Israelites most likely followed) was actually 10 days where each day was represented by a god from their pantheon. Instead, Moses says our weeks are to be known by 6 days of labor and a day of rest in order to honor God as sovereign over His created order.

When it comes to navigating ancient history, it’s important to understand that scholars can interpret the same evidence differently depending on their point of view. Some interpret the similarities of mythologies as proof that the Judaeo-Christian creation order is derived from the civilizations to which they were held captive (i.e., Egypt, Babylon, etc.). I think it was quite the opposite. All other nations suppressed their knowledge of the truth and fashioned mythologies about their fictional gods in order to elevate themselves and justify their sin. The apostle Paul expressed a similar view in Romans chapter 1.

Lord of all creation, we are thankful that you created us in your image and that despite our fall into sin, You provided the way for us to be reconciled to you through Christ. Help us to take comfort in your sovereignty and provide understanding for us as we make our way through Genesis, keeping our eyes fixed on Christ instead of wandering off in the weeds of debate. Amen.