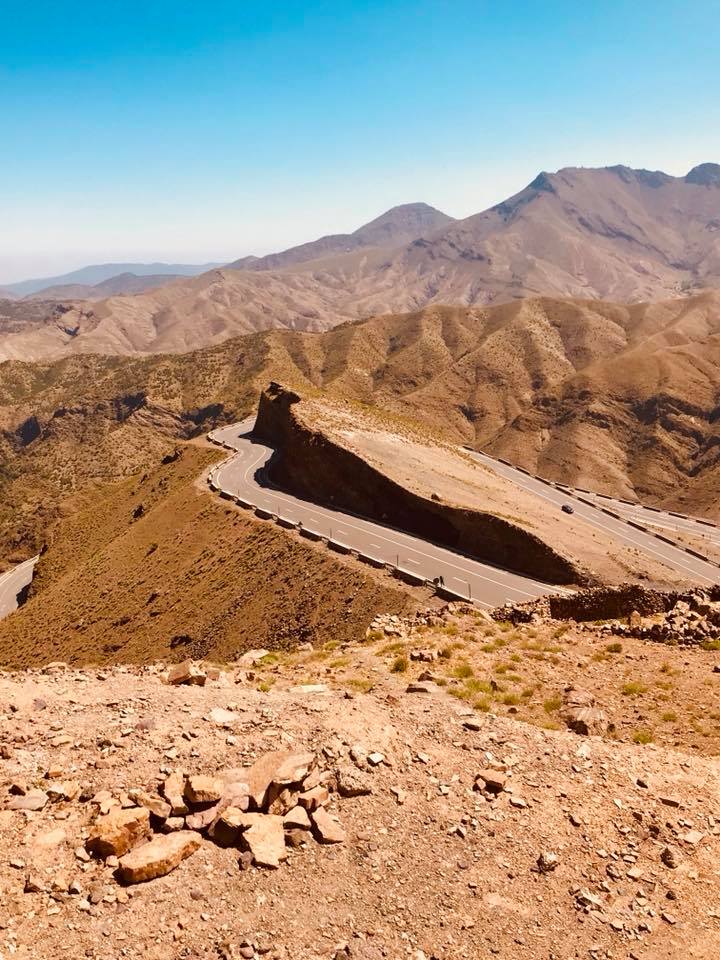 Chapter 12:10-20 (ESV) - Now there was a famine in the land. So Abram went down to Egypt to sojourn there, for the famine was severe in the land. When he was about to enter Egypt, he said to Sarai his wife, “I know that you are a woman beautiful in appearance, and when the Egyptians see you, they will say, ‘This is his wife.’ Then they will kill me, but they will let you live. Say you are my sister, that it may go well with me because of you, and that my life may be spared for your sake.” When Abram entered Egypt, the Egyptians saw that the woman was very beautiful. And when the princes of Pharaoh saw her, they praised her to Pharaoh. And the woman was taken into Pharaoh's house. And for her sake he dealt well with Abram; and he had sheep, oxen, male donkeys, male servants, female servants, female donkeys, and camels.

But the Lord afflicted Pharaoh and his house with great plagues because of Sarai, Abram's wife. So Pharaoh called Abram and said, “What is this you have done to me? Why did you not tell me that she was your wife?  Why did you say, ‘She is my sister,’ so that I took her for my wife? Now then, here is your wife; take her, and go.” And Pharaoh gave men orders concerning him, and they sent him away with his wife and all that he had.

Question to consider: What should Abram have done rather than flee to Egypt?

One of the things that I love about scripture is that it tells the truth regardless of whether it can be a source of embarrassment for its heroes. Immediately after Abram’s heroic demonstration of faith in the promises of God, he flees Canaan for Egypt because of a famine in the land. In Leviticus 26, God tells the Israelites that He would bring famine to their land if they did not hold to the covenant with Moses. This famine occurred before the giving of the law but certainly a famine would still be considered a sign of God’s judgment given God’s original vocation for Adam and Noah to be men of the soil.

To the Israelites, escaping a famine by fleeing to Egypt would have been reminiscent of how they ended up in slavery for 400 years so when they heard this about Abram, they were probably asking themselves, “What on earth was he thinking?” The only time in history that this proved to be a good thing was when Joseph of Nazareth was warned by God to take his family to Egypt to flee the wrath of the Herods, but just as Joseph was obedient to flee, he was obedient to return to Nazareth when the threat was gone, and he didn’t help himself to their wealth while he was there.

In this case, however, there is no mention of God telling Abram to flee, and given the fear in which he was motivated to lie about Sarai, we can assume that his wonderful demonstration of faith in yesterday’s study was being tested… heavily. Not only does he lie about Sarai being his wife, but he seemed to benefit greatly from it receiving incredible wealth at her expense.

This is a very sad but realistic picture. Abram should have realized that God would not promise to give him the land of Canaan and then let him die by a famine or at the hand of the Egyptians. Of course, we never know the measure of our faith until it is tested. Unfortunately, when we fall into sin, it affects everyone, especially those whom we love the most.

Dear heavenly father, we thank you for meeting our daily needs so that we may not be tempted to steal or seek dishonest gain. Please forgive us when we think we are entitled to more and help us to view each day with gratitude. Good times remind us of your grace and mercy; difficult times remind us that this is not our home so help us to be grateful for both. Amen.