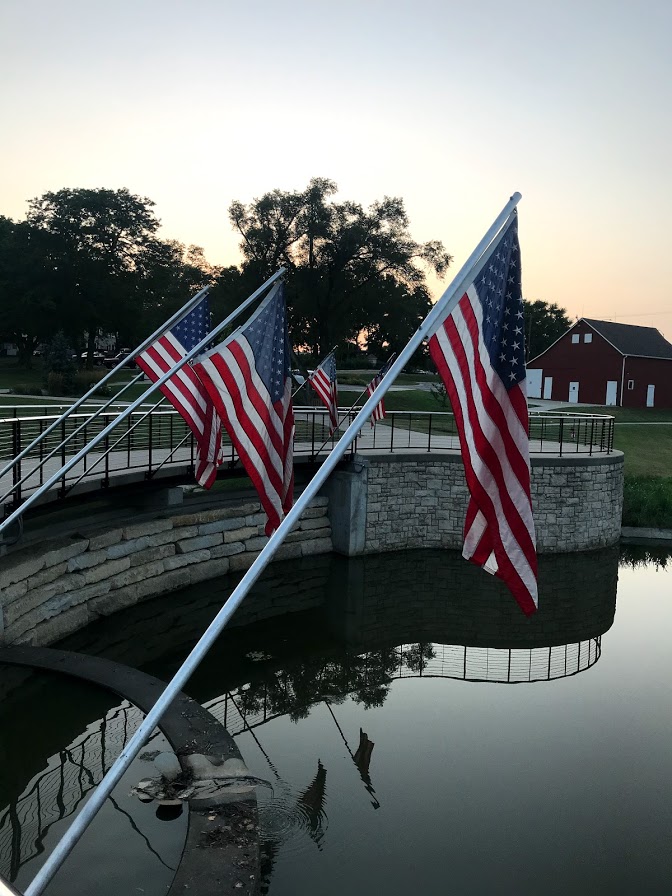 Chapter 20:8-18 (ESV) - So Abimelech rose early in the morning and called all his servants and told them all these things. And the men were very much afraid. Then Abimelech called Abraham and said to him, “What have you done to us? And how have I sinned against you, that you have brought on me and my kingdom a great sin? You have done to me things that ought not to be done.” And Abimelech said to Abraham, “What did you see, that you did this thing?” Abraham said, “I did it because I thought, ‘There is no fear of God at all in this place, and they will kill me because of my wife.’ Besides, she is indeed my sister, the daughter of my father though not the daughter of my mother, and she became my wife. And when God caused me to wander from my father's house, I said to her, ‘This is the kindness you must do me: at every place to which we come, say of me, “He is my brother.”’”

Then Abimelech took sheep and oxen, and male servants and female servants, and gave them to Abraham, and returned Sarah his wife to him. And Abimelech said, “Behold, my land is before you; dwell where it pleases you.” To Sarah he said, “Behold, I have given your brother a thousand pieces of silver. It is a sign of your innocence in the eyes of all who are with you, and before everyone you are vindicated.” Then Abraham prayed to God, and God healed Abimelech, and also healed his wife and female slaves so that they bore children. For the Lord had closed all the wombs of the house of Abimelech because of Sarah, Abraham's wife.

Question to consider: Does Abraham repent when confronted with his sin? Why or why not?

In his journey to Gerar, Abraham again falters in his faith and has Sarah pretend she is his sister in order to make peace with the king. Upon joining the king’s harem, God afflicts the people of Gerar with an illness that not only threatened their lives but kept their women from bearing children. We found out yesterday that God did this out of mercy for Abimelech to keep him from sinning and to make sure there is no question of whose son Isaac will be when Sarah ultimately gets pregnant. God assures Abimelech in a dream that if he returns Sarah to Abraham, he and his household will live.

So Abimelech confronts Abraham about what he has done. It is sad that a pagan king acts more righteous than the man of God, and I wish I could say that Abraham repented and everything was made right. However, this does not appear to be the case. At first, Abraham justified his sin by saying that they were a godless people and that he feared for his life because they had no fear of God. The truth of the matter is that in this situation, the one who did not show fear of God was Abraham.

He follows this up by pointing out that technically, Sarah was his sister, albeit from a different mother. His point falls flat though since he left out the important information that she was also his wife. Even a half truth is a whole lie. Finally, Abraham blames God for the whole situation because God was the one who called him to wander from his father’s house. What an embarrassing prophet Abraham had turned out to be.

We all fall short of the glory of God, but when confronted with our sin, our response should be to repent and make things right. How much better would it have been if Abraham confessed his actions as sin to Abimelech and asked for his forgiveness? Furthermore, Abraham accepts gifts from Abimelech much like he did from Pharaoh after the last time he did this. When refusing the gifts from Sodom, Abraham had the moral high ground. Here, the entire exchange seems foul. It is Abraham who should have been giving Abimelech gifts for having put his household in danger. Our actions affect our witness to others. How can we tell people of the greatness and mercy of God when we act selfishly and fearfully before men?

Dear Lord, please help us to live in faith instead of fear and to reserve our fear for You alone. When we do sin against others, help us to face our sin with a heart of repentance and a desire to make things right. For those who sin against us, help us to be honest with them with a spirit of forgiveness and reconciliation. We especially pray for our nation which seems to be losing all sense of mercy for one another. Amen.