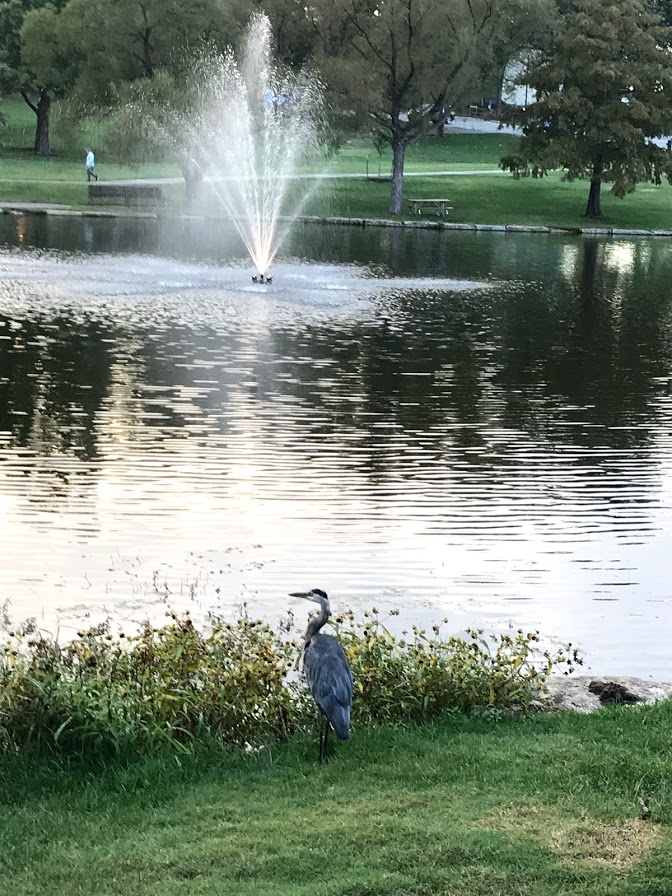 Chapter 21:8-21 (ESV) - And the child grew and was weaned. And Abraham made a great feast on the day that Isaac was weaned. But Sarah saw the son of Hagar the Egyptian, whom she had borne to Abraham, laughing. So she said to Abraham, “Cast out this slave woman with her son, for the son of this slave woman shall not be heir with my son Isaac.” And the thing was very displeasing to Abraham on account of his son. But God said to Abraham, “Be not displeased because of the boy and because of your slave woman. Whatever Sarah says to you, do as she tells you, for through Isaac shall your offspring be named. And I will make a nation of the son of the slave woman also, because he is your offspring.” So Abraham rose early in the morning and took bread and a skin of water and gave it to Hagar, putting it on her shoulder, along with the child, and sent her away. And she departed and wandered in the wilderness of Beersheba.

When the water in the skin was gone, she put the child under one of the bushes. Then she went and sat down opposite him a good way off, about the distance of a bowshot, for she said, “Let me not look on the death of the child.” And as she sat opposite him, she lifted up her voice and wept. And God heard the voice of the boy, and the angel of God called to Hagar from heaven and said to her, “What troubles you, Hagar? Fear not, for God has heard the voice of the boy where he is. Up! Lift up the boy, and hold him fast with your hand, for I will make him into a great nation.” Then God opened her eyes, and she saw a well of water. And she went and filled the skin with water and gave the boy a drink. And God was with the boy, and he grew up. He lived in the wilderness and became an expert with the bow. He lived in the wilderness of Paran, and his mother took a wife for him from the land of Egypt.

Question to consider: Why does Sarah ask Abraham to send Ishmael and Hagar away?

The same hebrew word, sahaq, translated here as “laughing” has been used 3 other times in the account of Abraham. It is used for both Abraham and Sarah when they heard the news that Isaac would be born to them at an old age, and it was used for the relatives of Lot who mocked him for suggesting that judgment was imminent for Sodom and Gomorrah. Like all words, the intended meaning can be found in the context of the word. Today, we describe the different meanings of laughter by the prepositional phrase that follows it. If you are laughing “with someone” it’s thought of as a joyful exchange. However, if you are laughing “at someone,” it can be seen as cruel and inappropriate. Given Sarah’s reaction to Ishmael, we can assume the second meaning for this exchange.

In Galatians 4:29, Paul states that Ishmael was persecuting Isaac. So at some point during the feast Abraham had set up for Isaac’s weaning, Sarah witnessed Ishmael mocking and persecuting his little brother. At this point, Ishmael would have been around 17 and Isaac would have been about 3 years old. Sarah felt at this point that Ishmael was either going to be a threat or an unwelcome bully in Isaac’s life and so made an appeal to Abraham to kick Hagar and Ishmael out of the clan.

This put Abraham in a difficult situation because he loved Ishmael and wanted him to share in his inheritance. God’s response was to reassure Abraham that he would look after Ishmael and Hagar but that they could not continue in his household. Isaac was the son of promise, and there would never be peace between Isaac and Ishmael.

It may have seemed harsh for Abraham to merely give Hagar bread and water before sending them on their way given his tremendous wealth, but Abraham trusted God when He said He would care for them and make Ishmael a nation as well even if Hagar did not. God miraculously brings forth a well and provides for them in the wilderness.

Dear Lord, thank you for providing for Hagar and Ishmael in the wilderness for even the descendants of Ishmael were redeemed by the blood of Christ. Today we ask that those who follow the religion of Islam and profess to be descendents of Ishmael come to know the true son of promise, Jesus, and call HIm Lord. Amen.