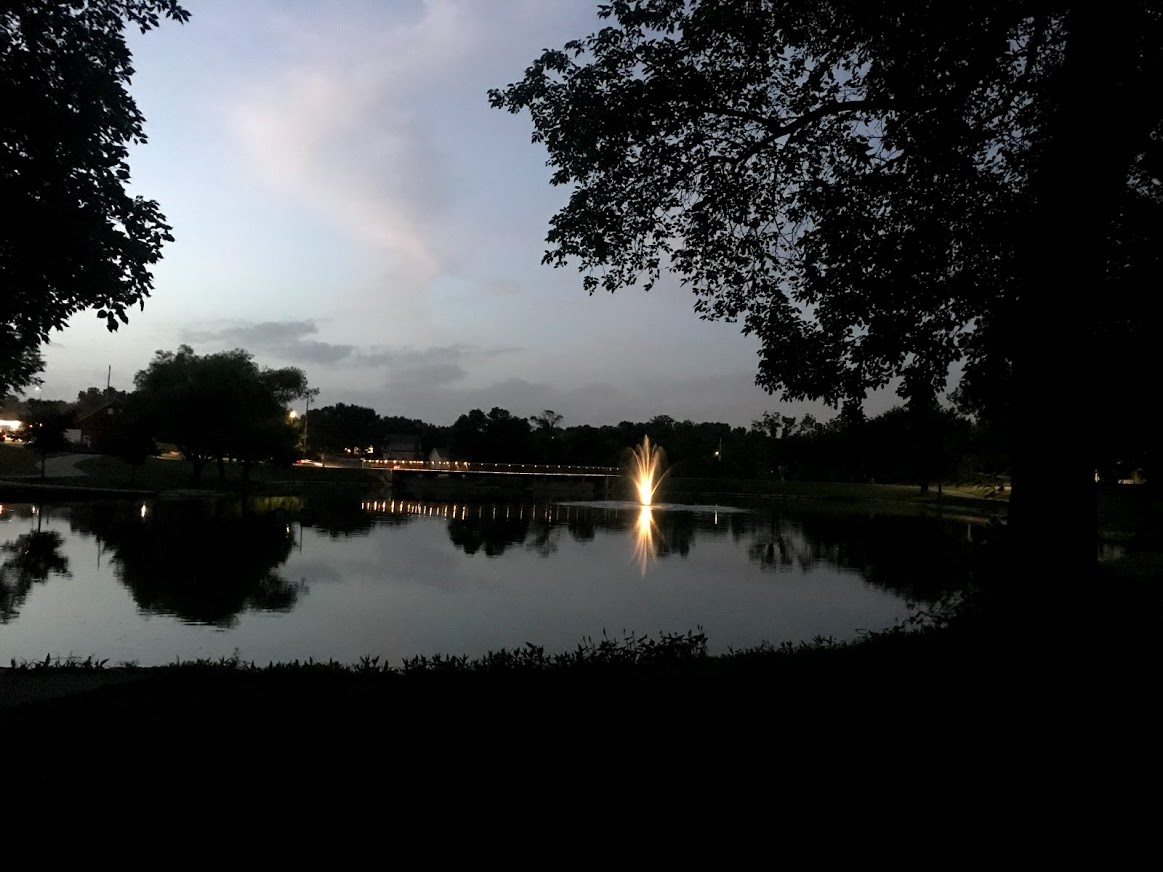 Chapter 24:10-21 (ESV) - Then the servant took ten of his master's camels and departed, taking all sorts of choice gifts from his master; and he arose and went to Mesopotamia to the city of Nahor. And he made the camels kneel down outside the city by the well of water at the time of evening, the time when women go out to draw water. And he said, “O Lord, God of my master Abraham, please grant me success today and show steadfast love to my master Abraham. Behold, I am standing by the spring of water, and the daughters of the men of the city are coming out to draw water. Let the young woman to whom I shall say, ‘Please let down your jar that I may drink,’ and who shall say, ‘Drink, and I will water your camels’—let her be the one whom you have appointed for your servant Isaac. By this I shall know that you have shown steadfast love to my master.”

Before he had finished speaking, behold, Rebekah, who was born to Bethuel the son of Milcah, the wife of Nahor, Abraham's brother, came out with her water jar on her shoulder. The young woman was very attractive in appearance, a maiden whom no man had known. She went down to the spring and filled her jar and came up. Then the servant ran to meet her and said, “Please give me a little water to drink from your jar.” She said, “Drink, my lord.” And she quickly let down her jar upon her hand and gave him a drink. When she had finished giving him a drink, she said, “I will draw water for your camels also, until they have finished drinking.” So she quickly emptied her jar into the trough and ran again to the well to draw water, and she drew for all his camels. The man gazed at her in silence to learn whether the Lord had prospered his journey or not.

Question to consider: Why does Eliezer use the watering of his camels as a test for the right wife for Isaac?

Eliezer was a servant in Abraham’s household, but one whom Abraham trusted with all of his possessions and would have appointed as his heir if God had not provided for Abraham a son of his own. The Bible doesn’t tell us the circumstances that brought Eliezer and Abraham together or what God(s) he worshiped given that he was from Damascus which is a city in Syria.

When Abraham asked Eliezer to go to Ur of the Chaldees and find a wife for Isaac from among his kin, he was obedient to do so, but he expressed doubt that the woman would want to come all the way back to Beersheba with him, especially having never met Isaac. However, God had promised Abraham that he would be the father of many nations and be given the land of Canaan so it was not an option for Isaac to move to Ur. So Eleizer’s plan appears to be to bribe her to come by offering expensive treasures from Abraham’s collection.

The scriptures don’t say why Eliezer took such a large caravan of camels. Maybe they were required to carry supplies for such a long journey. Maybe they were ridden by a band of men who would help keep them safe on the journey, especially since they were carrying so much treasure. Whatever the case, Eliezer appeared to have devised a plan to discern a good wife for Isaac. When he prays to the Lord, he refers to Him as the God of Abraham and asks that He help him be successful in his search. Rebekah shows up before he could even finish speaking and passes his test.

Although I don’t think it is a good thing to ask God for a sign, Eliezer’s method of determining the right woman seems to be a wise one. For someone to grant a stranger something to drink shows they have mercy. For someone to go above and beyond to offer to water the camels shows they are extremely hospitable and gracious. It also shows they are not afraid of hard work for it had to have taken a considerable amount of effort to water 10 camels.

Eliezer at this point is hoping she is the one for Isaac, but he couldn’t know for sure until he knew she was a descendant of Nahor.

Dear heavenly father, we are grateful that You know the beginning from the end and that nothing is a surprise to You or impossible for You. We thank You for caring about who we marry or where we live or what we are to do in life. Help us to know Your word so well that we can make wise decisions that bring You glory. Amen.