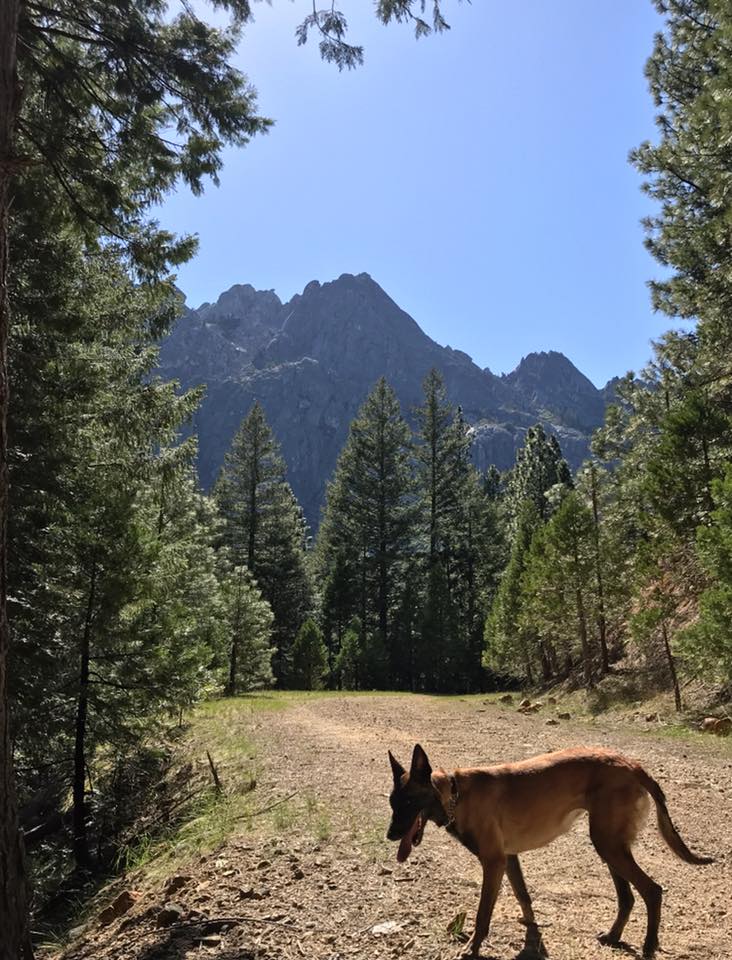 Chapter 27:26-40 (ESV) - Then his father Isaac said to him, “Come near and kiss me, my son.” So he came near and kissed him. And Isaac smelled the smell of his garments and blessed him and said,

“See, the smell of my son
is as the smell of a field that the Lord has blessed!
May God give you of the dew of heaven
and of the fatness of the earth
and plenty of grain and wine.
Let peoples serve you,
and nations bow down to you.
Be lord over your brothers,
and may your mother's sons bow down to you.
Cursed be everyone who curses you,
and blessed be everyone who blesses you!”

As soon as Isaac had finished blessing Jacob, when Jacob had scarcely gone out from the presence of Isaac his father, Esau his brother came in from his hunting. He also prepared delicious food and brought it to his father. And he said to his father, “Let my father arise and eat of his son's game, that you may bless me.” His father Isaac said to him, “Who are you?” He answered, “I am your son, your firstborn, Esau.” Then Isaac trembled very violently and said, “Who was it then that hunted game and brought it to me, and I ate it all before you came, and I have blessed him? Yes, and he shall be blessed.” As soon as Esau heard the words of his father, he cried out with an exceedingly great and bitter cry and said to his father, “Bless me, even me also, O my father!” But he said, “Your brother came deceitfully, and he has taken away your blessing.” Esau said, “Is he not rightly named Jacob? For he has cheated me these two times. He took away my birthright, and behold, now he has taken away my blessing.” Then he said, “Have you not reserved a blessing for me?” Isaac answered and said to Esau, “Behold, I have made him lord over you, and all his brothers I have given to him for servants, and with grain and wine I have sustained him. What then can I do for you, my son?” Esau said to his father, “Have you but one blessing, my father? Bless me, even me also, O my father.” And Esau lifted up his voice and wept.

Then Isaac his father answered and said to him:

“Behold, away from the fatness of the earth shall your dwelling be,
and away from the dew of heaven on high.
By your sword you shall live,
and you shall serve your brother;
but when you grow restless
you shall break his yoke from your neck.”

Question to consider: Why do you think Isaac trembles?

The targum for this passage paints Jacob as the ultimate saint and Esau as the ultimate villain. When Jacob brings wine at the end of verse 25, the targum states that the wine was provided by God and handed to Jacob by an angel as if to bless his deception. When Esau brings in the food, it states that Esau wasn’t successful at finding venison but instead prepared a dog for his father to eat. When Isaac realizes he’s been deceived and smells the food that Esau had prepared, it says it had the “smell of the burning of Gehennam.” (in modern language, “fires of hell”).

Real life tends to be a bit more messy than this. Rebekah and Jacob may have brought about God’s promise, but it was done with deception, affirming that Jacob was rightly named as a “cheater.” There is no doubt that Esau was wicked by his action to marry Hittite wives and the proclamation of God through Malachi chapter 1, “Jacob I loved, but Esau I hated” and of his descendents, “...they will be called ‘the wicked country,’ and ‘the people with whom the Lord is angry forever.’” We probably won’t know this side of heaven what his motive truly was in seeking the blessing.

When Isaac realizes that it was not Esau he blessed, the scripture says, “Then Isaac trembled very violently…” Commentators like Spurgeon attribute Isaac’s trembling to the fearful realization that God’s promise had come to pass. It’s a good thought, but Isaac’s response to Esau was, “Your brother came deceitfully, and he has taken away your blessing,” and not a statement of repentance like, “It was futile for me to think I could fight against God.” This implies that his trembling was one of anger at having been deceived.

The writer of Hebrews says of this in 11:20, “By faith Isaac invoked future blessings on Jacob and Esau.” This is about the only good thing that can be said of this situation. When Isaac offered the blessing to Jacob and what amounted to a curse for Esau, he understood through faith that this was given by God alone and could not be taken back. Praise God for this because if it could have been revoked, I’m sure Isaac would have done so.

Dear heavenly father, we thank You that the promise continued through Jacob and not Esau and that despite his disobedience, Isaac still faithfully carried out the charge of his father, Abraham. It is marvelous to behold how You bring about Your will despite the wicked hearts of men. We long for the day in which Your plan has reached its fulfillment, and we can finally see the end of sin and death and be in Your presensence forever. Amen.