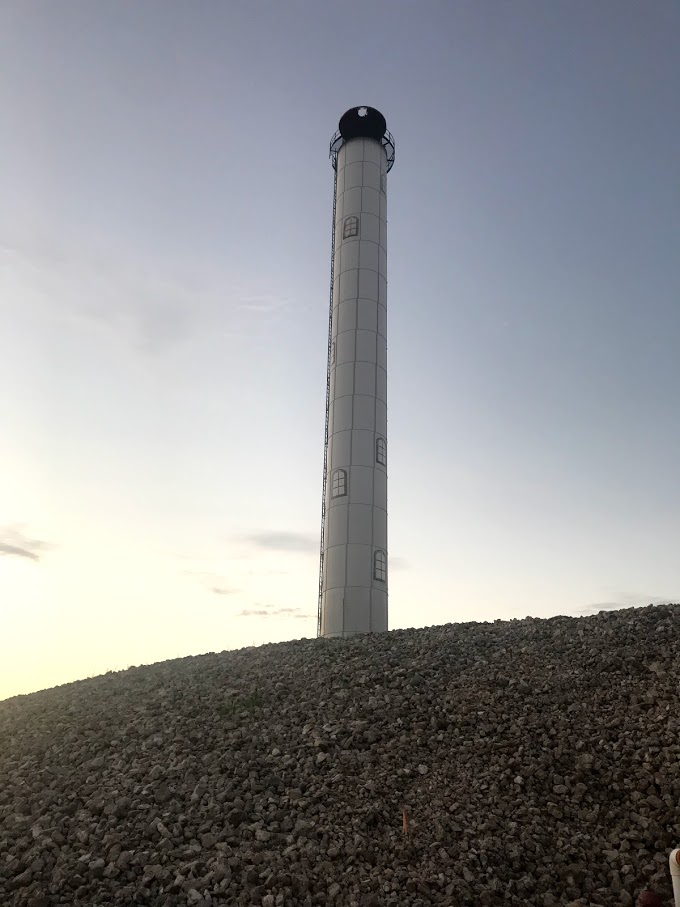 Chapter 28:10-22 (ESV) - Jacob left Beersheba and went toward Haran. And he came to a certain place and stayed there that night, because the sun had set. Taking one of the stones of the place, he put it under his head and lay down in that place to sleep. And he dreamed, and behold, there was a ladder set up on the earth, and the top of it reached to heaven. And behold, the angels of God were ascending and descending on it! And behold, the Lord stood above it and said, “I am the Lord, the God of Abraham your father and the God of Isaac. The land on which you lie I will give to you and to your offspring. Your offspring shall be like the dust of the earth, and you shall spread abroad to the west and to the east and to the north and to the south, and in you and your offspring shall all the families of the earth be blessed. Behold, I am with you and will keep you wherever you go, and will bring you back to this land. For I will not leave you until I have done what I have promised you.” Then Jacob awoke from his sleep and said, “Surely the Lord is in this place, and I did not know it.” And he was afraid and said, “How awesome is this place! This is none other than the house of God, and this is the gate of heaven.”

So early in the morning Jacob took the stone that he had put under his head and set it up for a pillar and poured oil on the top of it. He called the name of that place Bethel, but the name of the city was Luz at the first. Then Jacob made a vow, saying, “If God will be with me and will keep me in this way that I go, and will give me bread to eat and clothing to wear, so that I come again to my father's house in peace, then the Lord shall be my God, and this stone, which I have set up for a pillar, shall be God's house. And of all that you give me I will give a full tenth to you.”

Question to consider: What New Testament reality does the ladder represent in Jacob’s dream?

As I’ve mentioned in the targum, Jacob is treated as the ultimate saint, and in the introduction of this passage, the rabbis proclaimed that Jacob experienced several miracles related to his journey. They also said that Jacob had been accompanied in his journey by the two angels who had destroyed Sodom. These angels were the ones that ascended the ladder to proclaim to the other angels that Jacob was the one whose likeness was on the throne of glory whom they’d longed to see. So the entire company of angels then descended the ladder to view Jacob.

If there is any truth to the musings of the rabbis in regard to these angels, I would argue that the likeness on the throne of glory would have been that of Christ Jesus. Any resemblance to Jacob would have been from the mere fact that Jesus was the promised seed of Abraham who came from the line of Jacob. However, the more important meaning to the imagery of the angels ascending and descending is that of Jesus who proclaimed to Nathaniel in John 1:51, “Truly, truly, I say to you, you will see heaven opened, and the angels of God ascending and descending on the Son of Man.” The ladder was a picture of Christ, for Jesus is the only way to heaven.

In Jacob’s dream, God renewed the promise He gave to Abraham and Isaac with Jacob to give him the land and that his offspring will be like the dust of the earth. Beyond the land of Canaan, God proclaimed that Jacob’s offspring would spread throughout the earth and bless all families. This promise was fulfilled in Christ who now reigns over the whole earth and offers salvation to every family.

Jacob recognized that God had visited him and consecrated the ground in which he stood as sacred and built a stone pillar which included the rock in which he rested his head. Although there was nothing special about the place in itself, Jacob considered the place sacred as God did for Moses at the burning bush when He asked Moses to remove his sandals. The place was made sacred by the presence of God, and Jacob makes a vow to honor it as a place of remembrance.

Dear heavenly father, we thank You for bringing salvation to the whole earth through Jesus. Please be patient with us as we seek to know You better. Amen.