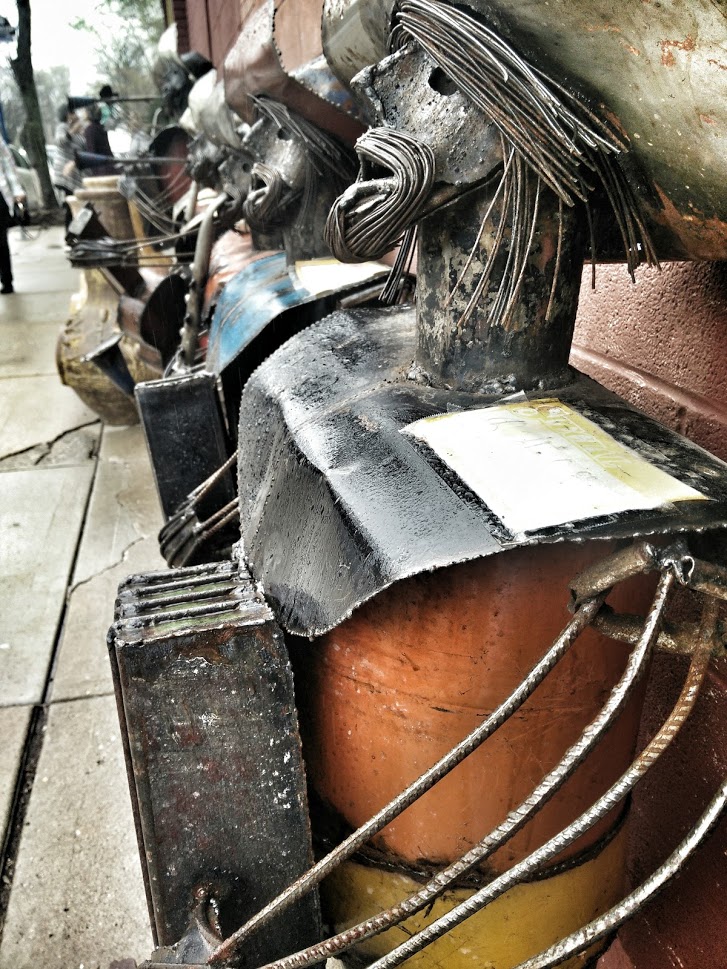 Then Jacob became angry and berated Laban. Jacob said to Laban, “What is my offense? What is my sin, that you have hotly pursued me? For you have felt through all my goods; what have you found of all your household goods? Set it here before my kinsmen and your kinsmen, that they may decide between us two. These twenty years I have been with you. Your ewes and your female goats have not miscarried, and I have not eaten the rams of your flocks. What was torn by wild beasts I did not bring to you. I bore the loss of it myself. From my hand you required it, whether stolen by day or stolen by night. There I was: by day the heat consumed me, and the cold by night, and my sleep fled from my eyes. These twenty years I have been in your house. I served you fourteen years for your two daughters, and six years for your flock, and you have changed my wages ten times. If the God of my father, the God of Abraham and the Fear of Isaac, had not been on my side, surely now you would have sent me away empty-handed. God saw my affliction and the labor of my hands and rebuked you last night.”

Question to consider: Did Jacob demonstrate righteous anger? Why or why not?

Jacob had made it as far as Mount Gilead (which is close to the Jordan river) before Laban caught up with him. It’s pretty incredible that Laban chose to pursue him this far to recapture his household gods and treat Jacob as if he had portrayed some great injustice. In Laban’s confrontation with Jacob, he began by asking, “What have you done that you have tricked me and driven away my daughters like captives of the sword?” It’s ironic that Laban felt tricked by Jacob in taking his daughters when he was the one who tricked Jacob in marrying them to begin with. It’s also ironic that he felt Jacob owed him something when it was God’s blessing of Jacob that gave Laban his wealth.

Laban’s accusation and going through Jacob’s possessions was the final straw. Jacob unleashed on Laban twenty years of pent up anger at his continual sacrifice and mistreatment. For he had done right by Laban, but Laban used every opportunity to use Jacob for his own personal gain. If not for the intervention of God, Laban would have taken everything from Jacob and left him empty-handed.

We don’t know exactly why Rachel took her father’s household gods, but it’s evident that she knew what his reaction would be, for she hid them in her saddle and sat on them so they would not be found. I can’t help but wonder if she secretly laughed at her father when she told him she couldn’t rise up because she was on her period.

In his dealings with Laban, Jacob acted righteously, for he was ignorant of Rachel’s schemes and ultimately let God be his protection. In this, he embodied Paul’s exhortation in Romans 12:17-21, “Repay no one evil for evil, but give thought to do what is honorable in the sight of all. If possible, so far as it depends on you, live peaceably with all. Beloved, never avenge yourselves, but leave it to the wrath of God, for it is written, ‘Vengeance is mine, I will repay, says the Lord.’ To the contrary, ‘if your enemy is hungry, feed him; if he is thirsty, give him something to drink; for by so doing you will heap burning coals on his head.’ Do not be overcome by evil, but overcome evil with good.”

Dear heavenly father, we thank You that we can rely on You for our justice. Help us to always work toward peace and demonstrate mercy to others so that we can leave justice in Your hands. For You will deal rightly with people, and it is our ultimate desire for people to be reconciled to You. Amen.