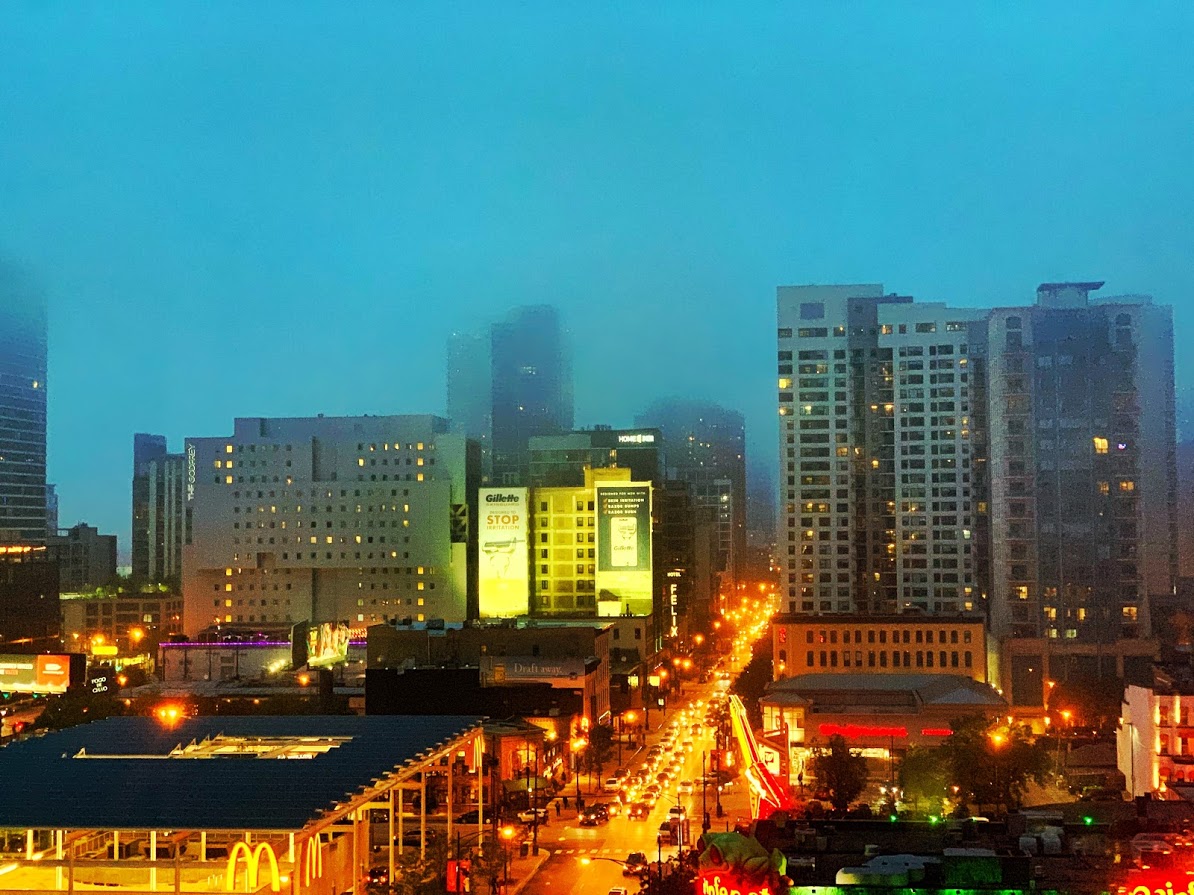 Chapter 42:1-5 (ESV) - When Jacob learned that there was grain for sale in Egypt, he said to his sons, “Why do you look at one another?” And he said, “Behold, I have heard that there is grain for sale in Egypt. Go down and buy grain for us there, that we may live and not die.” So ten of Joseph's brothers went down to buy grain in Egypt. But Jacob did not send Benjamin, Joseph's brother, with his brothers, for he feared that harm might happen to him. Thus the sons of Israel came to buy among the others who came, for the famine was in the land of Canaan.

Question to consider: What can we infer about Jacob’s spiritual state from this passage?

Remember for a moment just how wealthy Jacob was. At one time, his cattle and flocks were so large that Hamor was able to convince the Shechemites to get circumcised in order to unite with them. The timeline according to Genesis 45:11 suggests that this was only the beginning of the famine which means that Jacob’s flocks must have already been diminished. Given that Joseph was no longer there to help manage the flocks, it implies that the flocks were not properly handled by the brothers who no longer had someone reporting their misdeeds. Now, they were at a point where Jacob tells his sons to go down to Egypt to buy grain so that they may “live and not die.” Not only does this speak to the utter devastation of the famine and the fleeting nature of earthly wealth, but think about what it implies about Jacob’s spiritual state.

First of all, Moses referred to him as Jacob and not Israel. Since a name spoke to the personality and character of the person in question, it’s significant that when he walked with God and called upon His name, the scripture referred to him as Israel. Whenever he lost faith and tried to manipulate a situation to his advantage, scripture called him Jacob.

A second thing to consider is that Jacob called for his sons to go down to Egypt for salvation. His grandfather Abraham did this when he lacked faith during a famine and gave his wife, Sarah, to Pharaoh saying she was his sister out of fear. His father Isaac considered the same action but was told directly by God not to do this. He stayed in the land of the Philistines, but gave his wife, Rebekkah, to the men of Gerar saying she was his sister out of fear. Now Jacob, instead of calling upon the name of the Lord in his time of need, tells his sons to go down to Egypt. Even his wicked sons seemed to hesitate when they learned of the grain down in Egypt, for they at least looked at one another as if questioning whether they should even consider this action.

A third thing to consider is that Jacob holds back Benjamin from the trip. This could indeed be the crux of the matter. After losing Joseph, Jacob became consumed with grief. Instead of trusting that God would guard Benjamin, Jacob lets his entire household deteriorate and put his other sons at risk in order to protect him, for he was the last son of his favorite wife, Rachel, who had died.

Finally, if Jacob were walking with God, would not God have warned him as He did with his father, Isaac? Instead, God warns Pharaoh.

Dear heavenly father, we thank You for pursuing us even in the midst of the dark times in our lives when our faith has grown weak or cold. Help us to cling to Your word and come together with other believers in worship and prayer to renew the joy of our salvation and help us stand firm in the battle for our souls. Amen.