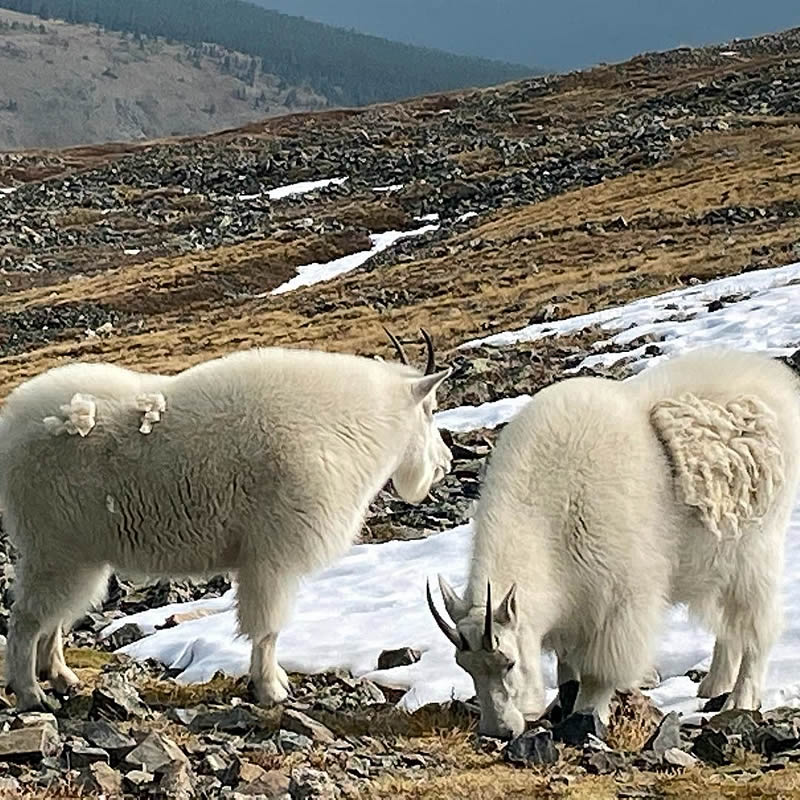 Chapter 46:28-34 (ESV) - He had sent Judah ahead of him to Joseph to show the way before him in Goshen, and they came into the land of Goshen. Then Joseph prepared his chariot and went up to meet Israel his father in Goshen. He presented himself to him and fell on his neck and wept on his neck a good while. Israel said to Joseph, “Now let me die, since I have seen your face and know that you are still alive.” Joseph said to his brothers and to his father's household, “I will go up and tell Pharaoh and will say to him, ‘My brothers and my father's household, who were in the land of Canaan, have come to me. And the men are shepherds, for they have been keepers of livestock, and they have brought their flocks and their herds and all that they have.’ When Pharaoh calls you and says, ‘What is your occupation?’ you shall say, ‘Your servants have been keepers of livestock from our youth even until now, both we and our fathers,’ in order that you may dwell in the land of Goshen, for every shepherd is an abomination to the Egyptians.”

Question to consider: What are some of the ways in which Joseph points to Christ?

What a blessed reunion this must have been for Jacob and Joseph. God is good, and this reunion is a reminder to us that even in our darkest days, we can trust in God to deliver us from evil and restore to us whatever we’ve lost. This text is not a promise of material blessing in this life, but it is an example of God’s sovereign hand that brings about His good purposes. God’s character does not change so we can cling to this account as a reminder that our pain is temporary but God’s goodness is eternal.

Joseph prepared a place for his family in Goshen which is north of Egypt. In many ways, it reminds us of Christ who has gone into heaven and has prepared a place for us to dwell. Just as Joseph was at the right hand of Pharaoh, so Christ is at the right hand of God. Just as Joseph was a mediator between his family and Pharaoh so Christ is the mediator between us and God. To Israel, Joseph had died and was now alive again. Though Joseph suffered in his time of slavery, it was a blessed sacrifice to bring life and reconcilliation to his family and was the fulfillment of God’s sovereign decree.

The text doesn’t say why Joseph chose Goshen for his family. In 45:20, Pharaoh had actually said for Joseph to have Jacob leave his goods behind that he may receive all of the best things in Egypt. Shepherds were an abomination to Egypt because they were a civilization that grew their food from the fertile lands around the Nile while the people lived in cities. There was no place for cattle to graze.

Maybe Joseph knew that Jacob would never come down if he was told to abandon the flocks that God had given him. So Joseph provided a land close by where his flocks could thrive and his family could dwell. Jacob would have been like Abel who kept the flocks and walked with God and Pharaoh like Cain who lived by the fruit of the ground and for his own glory. In order to remain at peace with one another, Joseph may have thought it wise to keep them separated.

Dear heavenly father, thank You for giving us a beautiful reminder of Your goodness. May we be encouraged by it in our own lives and continue to trust in Your sovereign hand. We long for the day in which we can be restored to You and thank You that Jesus has prepared a place for us to dwell. Amen.