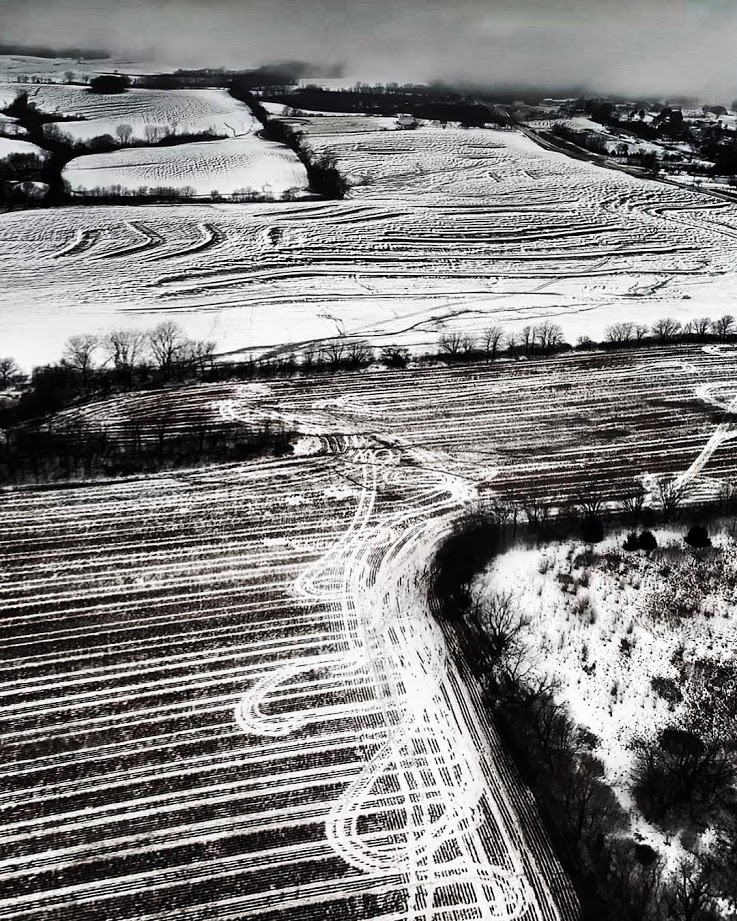 Chapter 48:17-22 (ESV) - When Joseph saw that his father laid his right hand on the head of Ephraim, it displeased him, and he took his father's hand to move it from Ephraim's head to Manasseh's head. And Joseph said to his father, “Not this way, my father; since this one is the firstborn, put your right hand on his head.” But his father refused and said, “I know, my son, I know. He also shall become a people, and he also shall be great. Nevertheless, his younger brother shall be greater than he, and his offspring shall become a multitude of nations.” So he blessed them that day, saying,

“By you Israel will pronounce blessings, saying,
‘God make you as Ephraim and as Manasseh.’”

Thus he put Ephraim before Manasseh. Then Israel said to Joseph, “Behold, I am about to die, but God will be with you and will bring you again to the land of your fathers. Moreover, I have given to you rather than to your brothers one mountain slope that I took from the hand of the Amorites with my sword and with my bow.”

Question to consider: How did Jacob measure greatness?

When we left off yesterday, Joseph had brought Ephraim and Manasseh before his father to receive his blessing. Joseph had intentionally positioned the sons so that Manasseh would receive the blessing from Jacob’s right hand because he was the oldest child. However, Jacob crossed his hands to give the greater blessing to Ephraim.

Joseph tried to correct this thinking that his father had surely made a mistake in his blindness, but he was Israel, and his blessing was a prophetic word that recognized that Ephraim would be greater than his older brother. Today, we don’t measure greatness by the number of children someone will have. We measure it by personal achievement, power or wealth. In the modern Christian culture, we may measure it by the size of one’s ministry. However, given how far people have strayed from God’s word, this is a dangerous metric as the most popular churches seem to be known by their willingness to tickle itching ears like Paul said to Timothy in his second letter, “For the time is coming when people will not endure sound teaching, but having itching ears they will accumulate for themselves teachers to suit their own passions, and will turn away from listening to the truth and wander off into myths.” (4:3-4)

God’s declaration to Jacob, however, was a continuation of His covenant with Abraham, “I am God Almighty: be fruitful and multiply. A nation and a company of nations shall come from you, and kings shall come from your own body.” (Genesis 35:11) So to Jacob, the one that received the greater blessing was the one whom God gave more children. For in his mind, Israel needed to become a great nation in order to obtain the promised land of Canaan. Of course, since God promised the land, He could have delivered it by a nation of 3 if that was His will.

Beyond Joseph’s double-portion, Jacob gives him a mountain which he took from the hand of the Amorites. It doesn’t say where this mountain is, but the targum says that it was the land of Shechem which Jacob took with his sword and bow after Joseph went after his brothers at Jacob’s request in Genesis 37. With this, he also received the promise that at some point he would return to Canaan.

Dear heavenly father, in Your covenant with Abraham, You gave the command to be fruitful and multiply. In the covenant You have made with us, Christ has commanded we go into all nations and make disciples. Help us to be faithful in this so that those whom we encounter would come to worship You in spirit and in truth and not be swayed by the popular teachings of our day. Amen.