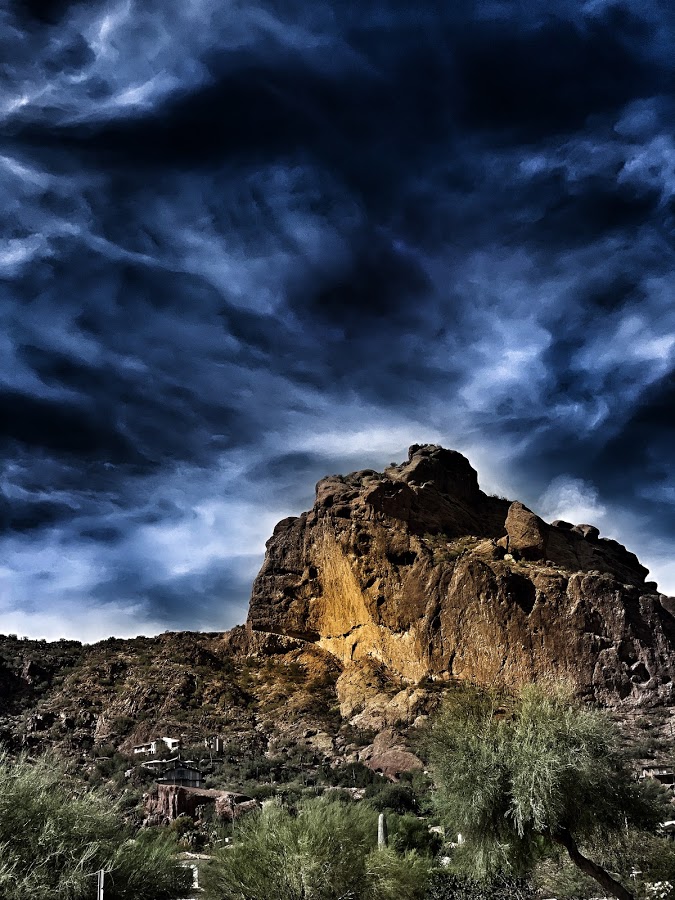 Chapter 12:18-24 (ESV) - For you have not come to what may be touched, a blazing fire and darkness and gloom and a tempest and the sound of a trumpet and a voice whose words made the hearers beg that no further messages be spoken to them. For they could not endure the order that was given, “If even a beast touches the mountain, it shall be stoned.” Indeed, so terrifying was the sight that Moses said, “I tremble with fear.” But you have come to Mount Zion and to the city of the living God, the heavenly Jerusalem, and to innumerable angels in festal gathering, and to the assembly of the firstborn who are enrolled in heaven, and to God, the judge of all, and to the spirits of the righteous made perfect, and to Jesus, the mediator of a new covenant, and to the sprinkled blood that speaks a better word than the blood of Abel.

Question to consider: What do the two mountains represent in this passage?

In John 4:23-24 Jesus said to the Samaritan woman at the well, “The hour is coming, and is now here, when the true worshipers will worship the Father in spirit and truth, for the Father is seeking such people to worship him. God is spirit, and those who worship him must worship in spirit and truth.” The writer of Hebrews seems to be emphasizing this same idea to his readers even though he was pointing to Mount Sinai instead of Mount Gerizim.

Mount Sinai is the mountain on which Moses received the 10 commandments so it represents the old covenant. It is one of fear and trembling, for if any part of the sinful world touched it, it shall be stoned. The new covenant is represented by Mount Zion and to the city of the living God. It is one of joyful assembly as the redeemed worship God.

The true worshipers come to the heavenly Jerusalem where the angels and saints who have died in Christ now assemble together to worship God, made perfect through the blood of Christ Jesus. I’d argue that we become part of that joyful assembly every Sunday when we gather together around the Lord’s table and share in His body and blood in communion.

Christ’s blood is definitely better than the blood of animal sacrifice, but I would argue that the sacrifice Abel offered was a first-fruits offering rather than a sin offering. All of the other references to Abel’s blood in scripture speak of the blood of his murder and cries for God’s vengeance. Genesis 4:10, God proclaims to Cain that Abel’s blood cries to him from the ground where it was spilled. In Matthew 23:34-35, Jesus has a word of woe for the religious leaders saying, “Therefore I send you prophets and wise men and scribes, some of whom you will kill and crucify, and some you will flog in your synagogues and persecute from town to town, so that on you may come all the righteous blood shed on earth, from the blood of righteous Abel to the blood of Zechariah the son of Barachiah, whom you murdered between the sanctuary and the altar.”

In either case, we come to God as His true worshipers in spirit and in truth.

Heavenly father, praise you that we can be a part of your joyful assembly, and that Christ is ruling from the heavenly Jerusalem. Help us to trust in His goodness while we live in a world that does not seek you. Keep us safe as we go into the world and help us to be blameless in what we say and do. Amen.