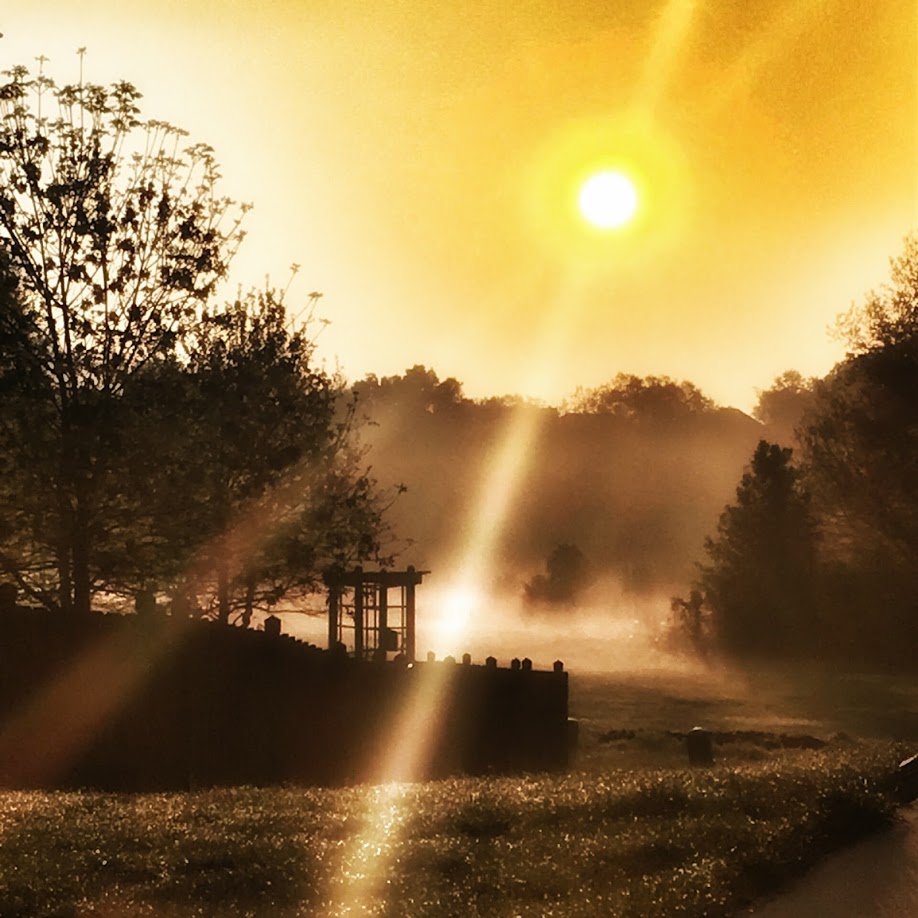 Chapter 4:1-10 (ESV) - Therefore, while the promise of entering his rest still stands, let us fear lest any of you should seem to have failed to reach it. For good news came to us just as to them, but the message they heard did not benefit them, because they were not united by faith with those who listened. For we who have believed enter that rest, as he has said,

“As I swore in my wrath,
‘They shall not enter my rest,’”

although his works were finished from the foundation of the world. For he has somewhere spoken of the seventh day in this way: “And God rested on the seventh day from all his works.” And again in this passage he said,

“They shall not enter my rest.”

Since therefore it remains for some to enter it, and those who formerly received the good news failed to enter because of disobedience, again he appoints a certain day, “Today,” saying through David so long afterward, in the words already quoted,

“Today, if you hear his voice,
do not harden your hearts.”

For if Joshua had given them rest, God would not have spoken of another day later on. So then, there remains a Sabbath rest for the people of God, for whoever has entered God's rest has also rested from his works as God did from his.

Question to consider: What is our Sabbath rest under the new covenant?

By the time Jesus began His ministry, the Pharisees had 39 categories of prohibited activities related to the sabbath. It is ironic that they had to work so hard to keep something that was created for their rest. The sabbath was established by God at the end of creation, but according to the author, it signified much more than God resting from his own work in creation. To the Israelites, the entering of the land of Canaan was considered entering into God’s rest, a rest from their wandering.

However, the author of Hebrews points out that well beyond the point in which Israel entered into the land, God makes a promise through David of another and more significant rest for His people. This is the rest that Jesus speaks of in Matthew 11:27-30, “All things have been handed over to me by my Father, and no one knows the Son except the Father, and no one knows the Father except the Son and anyone to whom the Son chooses to reveal him. Come to me, all who labor and are heavy laden, and I will give you rest. Take my yoke upon you, and learn from me, for I am gentle and lowly in heart, and you will find rest for your souls. For my yoke is easy, and my burden is light.”

This rest to which the author speaks of is a rest from our works of the law. Jesus fulfilled the law in its entirety so we can now enter into His rest. Denominations like Seventh Day Adventist teach that since God never changes, His commandments never change so we must worship on Saturday instead of Sunday to keep in line with the 4th commandment. I think they fail to understand the progression of God’s covenants though when they make this statement.

It is true that God does not change, and once He made a covenantal decree, His decree stands for eternity. Thus, God promised to Noah that He would never again destroy the world with a flood, and we hold to that promise today. God made a covenant with Abraham that he would be the father of many nations, and it was through Abraham that God brought salvation to the world so that many could become His children. God made a covenant with Moses which brought the law to Israel and wrote it on tablets of stone to show the unchanging nature of God’s laws.

Jesus Himself said that He did not come to abolish the law, but to fulfill it. He fulfilled the entirety of the law, and then took our sins on to Himself so that we could receive His perfect righteousness. This brings us to the New Testament that He established in His blood. From the words of Jesus to the letters written by the apostles, we begin to understand the stipulations of the New Covenant. Instead of, “You shall not commit adultery,” Jesus said to even lust after someone in our hearts is a sin. Instead of “love your neighbor as yourself,” Jesus gave us the command to love our neighbor as He loves them. Instead of a tithe, the New Testament says we should give joyfully and generously because all things belong to God. And the New Testament sabbath rest is in Christ Himself, not in our attempts at law keeping. Obviously, it is good that we find time to rest and find time to worship and gather with other believers. The early church established the first day of the week for worship because that is the day of the week in which Christ rose from the dead. It seemed only fitting to proclaim the life-giving word of Christ and receive the gift of His body and blood on this day.

Dear heavenly father, what a glorious day it is to rest in Christ! Help us to set aside our striving and rest completely in the work Christ has done for us that we may find our joy in You. Amen and Amen!