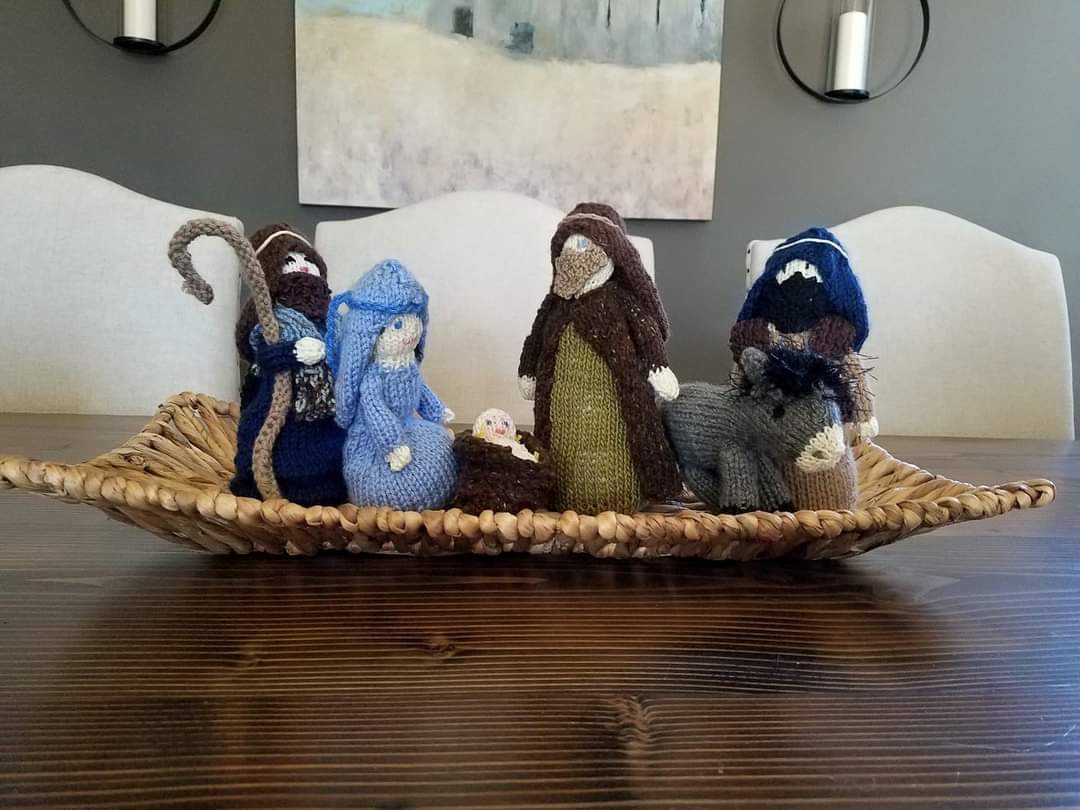 Chapter 1:39-56 (ESV) -  In those days Mary arose and went with haste into the hill country, to a town in Judah, and she entered the house of Zechariah and greeted Elizabeth. And when Elizabeth heard the greeting of Mary, the baby leaped in her womb. And Elizabeth was filled with the Holy Spirit, and she exclaimed with a loud cry, “Blessed are you among women, and blessed is the fruit of your womb! And why is this granted to me that the mother of my Lord should come to me? For behold, when the sound of your greeting came to my ears, the baby in my womb leaped for joy. And blessed is she who believed that there would be a fulfillment of what was spoken to her from the Lord.”

“My soul magnifies the Lord,
and my spirit rejoices in God my Savior,
for he has looked on the humble estate of his servant.
For behold, from now on all generations will call me blessed;
for he who is mighty has done great things for me,
and holy is his name.
And his mercy is for those who fear him
from generation to generation.
He has shown strength with his arm;
he has scattered the proud in the thoughts of their hearts;
he has brought down the mighty from their thrones
and exalted those of humble estate;
he has filled the hungry with good things,
and the rich he has sent away empty.
He has helped his servant Israel,
in remembrance of his mercy,
as he spoke to our fathers,
to Abraham and to his offspring forever.”

And Mary remained with her about three months and returned to her home.

Question to consider: Why do you think Mary went in haste to see her aunt Elizabeth?

After receiving the news that she would be the mother of the Christ child, Mary quickly traveled to see her relative, Elizabeth, who was now in the 6th month of her pregnancy. Gabriel had announced to Mary that Elizabeth was also miraculously pregnant for she and Zechariah were advanced in years. Some think that her haste was out of fear that others would see she was pregnant, and she knew Elizabeth would understand what was happening given her own state. Given the faith with which Mary received the message, I think we could also consider the idea that she was excited for what was to happen and wanted to see the miraculous sign and discuss the favor which God had shown her.

The moment she walked in the door, Elizabeth was filled with the Holy Spirit and proclaimed the blessing that God had given Mary as her unborn child leapt in her womb. God is the author and finisher of our faith so it should not surprise people that John would be filled with the Holy Spirit while yet unborn. Gabriel proclaimed that it would be so, and Luke was just letting us know when it happened.

Elizabeth said, “Blessed is she who believed.” Just like her distant father, Abraham, Mary believed the Lord, and it was credited to her as righteousness. As we see throughout the gospel accounts, the women seemed to demonstrate more faith than the men, for where Elizabeth and Mary both magnified the Lord, Zechariah and Joseph both questioned.

Mary responded to Elizabeth with a doxology of praise to the Lord who keeps His promises and exalts the poor and humble. The passage ends with Mary remaining with Elizabeth for three months. Given that Elizabeth was six months pregnant, Mary probably stayed until John was born. She also may have begun to show by this point and may have wanted to return home to speak with Joseph about what was about to happen.

Dear heavenly father, as we celebrate the birth of Jesus, may we magnify Your name in all the earth. This is a year in which You have turned the hearts of people back to You and overturned the lies of the self-proclaimed prophets who had no idea what the year would really be like. Please continue to give us rest from our fears and hope in the coming of Christ to destroy sin and death once and for all. Amen.