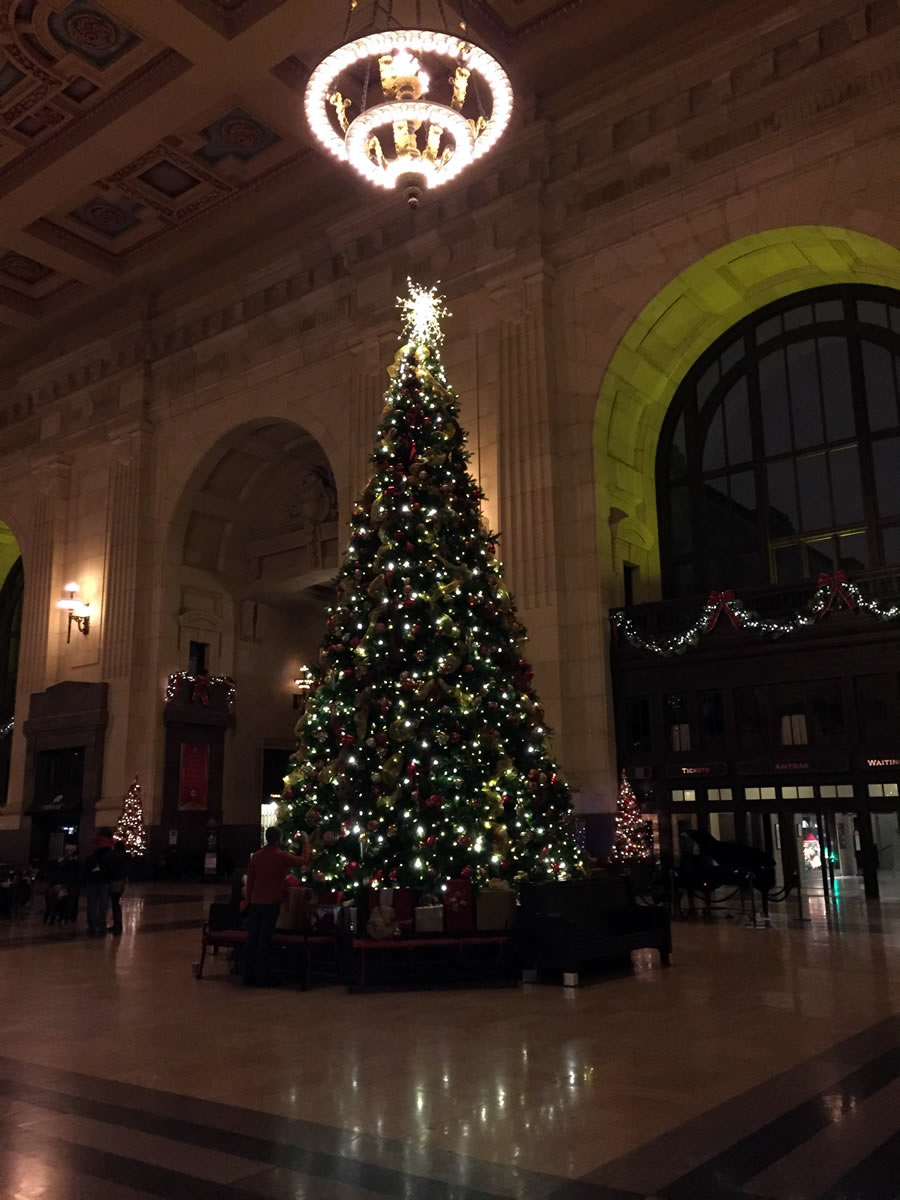 Chapter 2:8-20 (ESV)  - And in the same region there were shepherds out in the field, keeping watch over their flock by night. And an angel of the Lord appeared to them, and the glory of the Lord shone around them, and they were filled with great fear. And the angel said to them, “Fear not, for behold, I bring you good news of great joy that will be for all the people. For unto you is born this day in the city of David a Savior, who is Christ the Lord. And this will be a sign for you: you will find a baby wrapped in swaddling cloths and lying in a manger.” And suddenly there was with the angel a multitude of the heavenly host praising God and saying,

“Glory to God in the highest,
and on earth peace among those with whom he is pleased!”

When the angels went away from them into heaven, the shepherds said to one another, “Let us go over to Bethlehem and see this thing that has happened, which the Lord has made known to us.” And they went with haste and found Mary and Joseph, and the baby lying in a manger. And when they saw it, they made known the saying that had been told them concerning this child. And all who heard it wondered at what the shepherds told them. But Mary treasured up all these things, pondering them in her heart. And the shepherds returned, glorifying and praising God for all they had heard and seen, as it had been told them.

Question to consider: Why do you think the shepherds were the first to hear about Jesus’ birth?

Tending sheep was not a glamorous occupation, but throughout scripture some of the most exalted figures were known for tending sheep: Abel, Seth, Israel and his sons, and king David to name a few. I’ve often said that the existence of sheep is an argument against natural selection. This is a creature that entirely depends upon a shepherd to survive so how could it possibly have evolved? However, it does make a good illustration for how weak and vulnerable people are in a world filled with sin and death.

It seems fitting that the birth of the Good Shepherd would be announced to those tending flocks in a field at night instead of to the rulers or religious leaders of that day. What an incredible thing it would be to behold even a single angel, yet these shepherds were able to witness a great multitude. I have to wonder if the angels were so amazed that the king had entered into the world without fanfare that they cried out to the first people they found to go and be a witness of this marvelous event.

The best part is that the shepherds ran to go see Him and then told everyone they could find what they saw, and they glorified and praised God as a result. When you think about it, if the Christ child did not spend His first night in a manger, the shepherds never would have found Him. This is one of those stories that points to Mary as being a source of information for Luke. Out of all the wonderful things known about Jesus, this is one that she treasured in her heart.

Dear heavenly father, we look forward to one day being able to hear the story of Christ’s birth from the shepherds who witnessed His first night on earth. Thank You for bringing peace to Your people. May we return it to You in praise and glory. Amen.