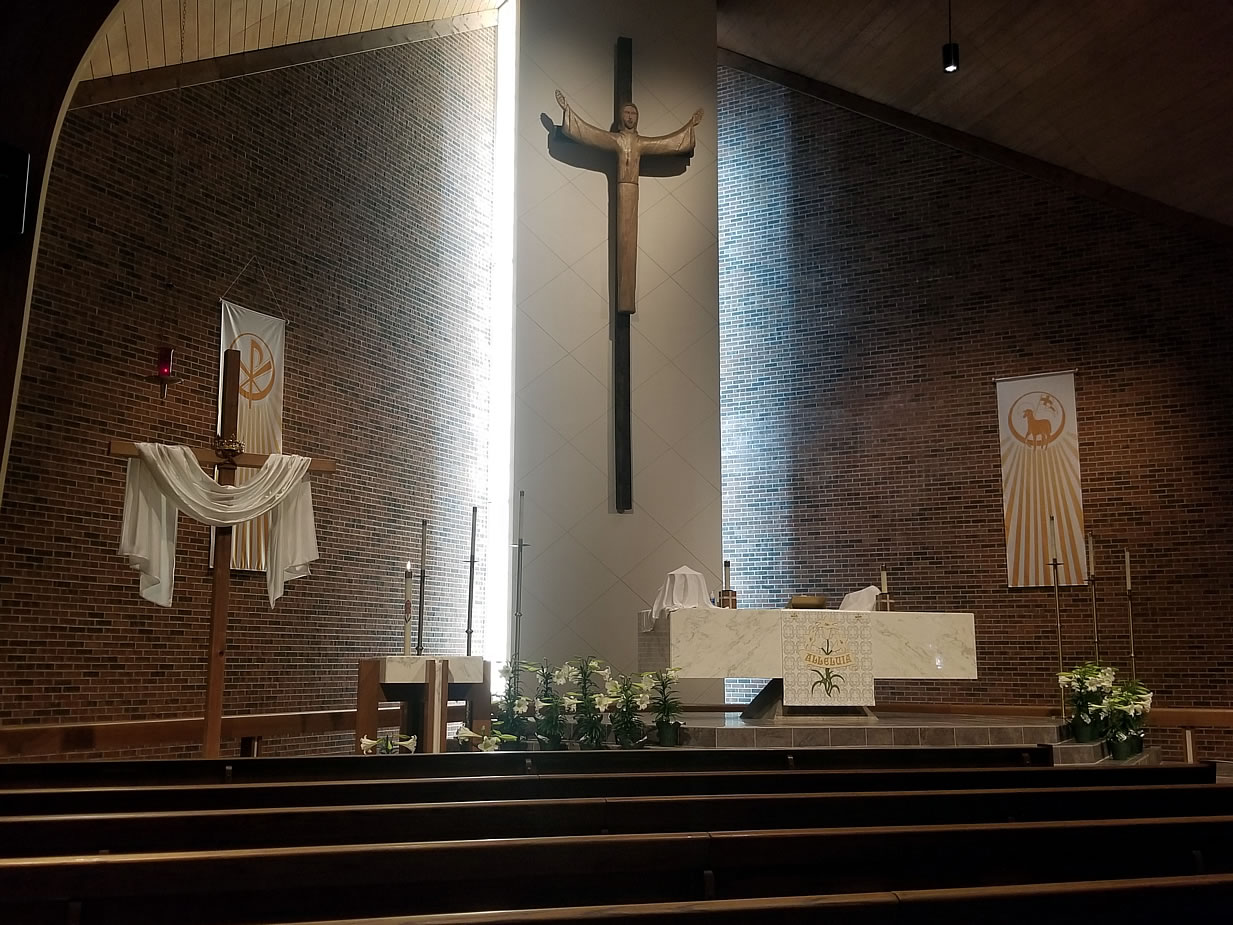 Chapter 24:1-12 (ESV) - But on the first day of the week, at early dawn, they went to the tomb, taking the spices they had prepared. And they found the stone rolled away from the tomb, but when they went in they did not find the body of the Lord Jesus. While they were perplexed about this, behold, two men stood by them in dazzling apparel. And as they were frightened and bowed their faces to the ground, the men said to them, “Why do you seek the living among the dead? He is not here, but has risen. Remember how he told you, while he was still in Galilee, that the Son of Man must be delivered into the hands of sinful men and be crucified and on the third day rise.” And they remembered his words, and returning from the tomb they told all these things to the eleven and to all the rest. Now it was Mary Magdalene and Joanna and Mary the mother of James and the other women with them who told these things to the apostles, but these words seemed to them an idle tale, and they did not believe them. But Peter rose and ran to the tomb; stooping and looking in, he saw the linen cloths by themselves; and he went home marveling at what had happened.

Question to consider: Why is Peter mentioned separately from the other apostles?

Chapter 23 really should have ended with verse 54, because verse 1 is talking about the women who followed Joseph of Arimathea to see the body of Jesus being put in the tomb so that they would know where to come back and anoint it with spices. So they marked the tomb and went back home before sundown which would be the beginning of the Sabbath. When the Sabbath was over and the sun was starting to rise, the women immediately went back to the tomb to anoint Jesus’ body with spices they had prepared.

Each gospel provides different details about the encounters with the empty tomb, but Luke based his gospel account on the eyewitness testimony of those he interviewed which included some of the women who had this encounter. In all the accounts, there was the amazing detail that the stone had been rolled away, and the tomb was empty. The stone itself would be heavy enough to take several men to move it, and the tomb had been sealed with a Roman seal with guards posted outside.

So for the ladies to see the tomb open and empty would have been an amazing experience in itself, but add to that the men who appear dressed in dazzling clothes. The image would have been like what was experienced by Peter, James and John at the transfiguration of Christ. As with all angelic encounters, the women became scared and fell to the ground. The angels almost seemed shocked that the women would even come out to the tomb since Jesus had preached many times that He would be crucified by wicked men and rise on the third day.

In their defense, Jesus did frequently speak figuratively, and there was not really a category for this in their way of thinking. Those who followed the Pharisees believed in the final resurrection of the dead, and the people were taught that their Messiah would come and forever sit on the throne of David. Even if they had studied the old testament passages like Isaiah 52-53, the idea of the Messiah being crucified on a Roman cross would be hard for them to understand given that those who were hung on a tree were called cursed by God. Both Peter and Paul described the cross as a stumbling block to the Jews.

The fact that the women were the first to know of Christ’s resurrection and that the disciples were slow to believe them was a fact that was to the disciples’ shame. This is one of those facts that many would have conveniently failed to mention, but the disciples were more committed to truth than avoiding embarrassment. In all of the gospel accounts, Peter is mentioned separately from the apostles. He is eventually restored by Christ as described in John’s gospel, but at this point, Peter must have still been devastated at his failure to stand with Jesus and even more so that the one whom He thought would deliver Israel had been crucified. Upon hearing this news, he doesn’t even speak, but runs to the tomb to see what the women described.

Dear heavenly father, thank You for rolling away the stone so that we could witness the empty tomb. Thank You that Christ’s righteousness rolled back the power of death and has been given to us so that we may live forever with You. Amen.