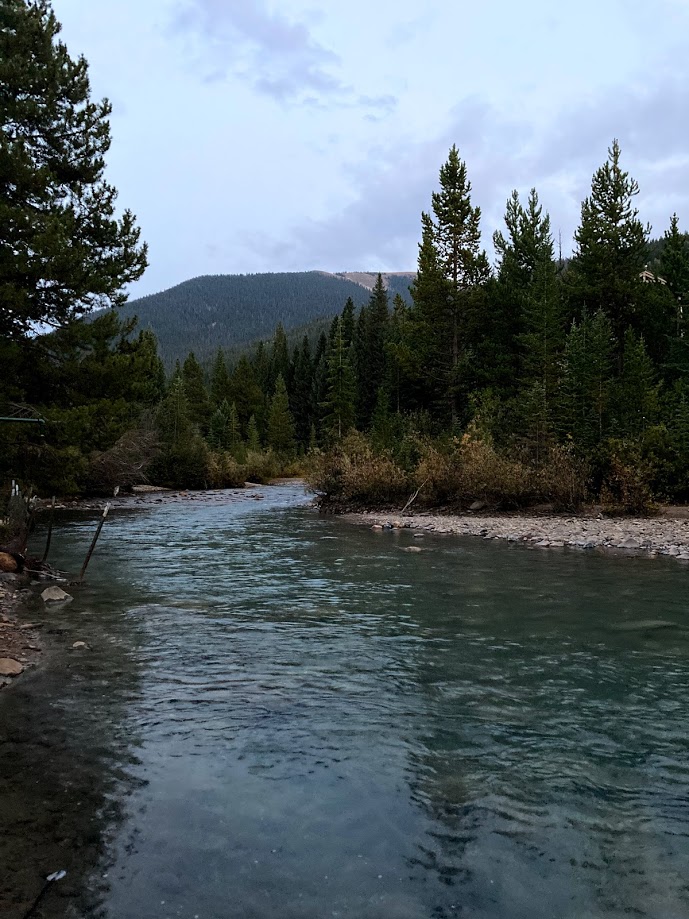 Chapter 6:43-49 (ESV) - “For no good tree bears bad fruit, nor again does a bad tree bear good fruit, for each tree is known by its own fruit. For figs are not gathered from thornbushes, nor are grapes picked from a bramble bush. The good person out of the good treasure of his heart produces good, and the evil person out of his evil treasure produces evil, for out of the abundance of the heart his mouth speaks.

“Why do you call me ‘Lord, Lord,’ and not do what I tell you? Everyone who comes to me and hears my words and does them, I will show you what he is like: he is like a man building a house, who dug deep and laid the foundation on the rock. And when a flood arose, the stream broke against that house and could not shake it, because it had been well built. But the one who hears and does not do them is like a man who built a house on the ground without a foundation. When the stream broke against it, immediately it fell, and the ruin of that house was great.”

Question to consider: What does the parable of the tree mean in Jesus’ sermon?

The context of today’s passage is verse 40, “A disciple is not above his teacher, but everyone when he is fully trained will be like his teacher.” In Jesus’ analogy, the teacher is represented by the tree, and the fruit that is produced is the disciple of that teacher. Thus, Jesus was making an indictment on the religious leaders listening to His sermon who were looking for ways to judge and condemn Him. They were false teachers leading their flocks astray and producing bad disciples. They were blind teachers leading blind disciples into the pit of hell.

Jesus also referred to their teaching as treasure from their hearts. They taught what they knew, and if what they knew was judgment and condemnation, then they would produce disciples who judge and condemn. They professed to be God’s people but they ignored the word of God that said “I desire mercy, not sacrifice,  the knowledge of God rather than burnt offerings.” (Hosea 6:6) Throughout all of the prophetic books in the Old Testament, Israel had constantly sinned against God but justified it because they were faithful with their sacrifices and burnt offerings. However, God’s response in Amos 5:21-24 was, ““I hate, I despise your feasts, and I take no delight in your solemn assemblies. Even though you offer me your burnt offerings and grain offerings, I will not accept them; and the peace offerings of your fattened animals, I will not look upon them. Take away from me the noise of your songs; to the melody of your harps I will not listen. But let justice roll down like waters, and righteousness like an ever-flowing stream.”

So Jesus accused the religious leaders by asking, “Why do you call me ‘Lord, Lord,” and not do what I tell you?” It was a shocking question really because in it He was professing to be El Shaddai, God Almighty exhorting them like the Old Testament prophets for not seeking justice and righteousness for His people. He then went on to tell the rest of the crowd that whomever did what He said was like the man who laid the foundation for his house on a rock, and everyone else was like the man who laid their foundation on sand. When the flood of God’s judgment would come against them, only those whose foundation was Christ would be able to stand.

Dear heavenly father, help us to be hearers and doers of Your word. We ask that You help us to discern the fruit of our teachers in this frightening time where many have been led astray. Help us to bury Your word deep in our hearts so that we can test what people say in light of it that we may cling to what is true and reject what is false. Amen.