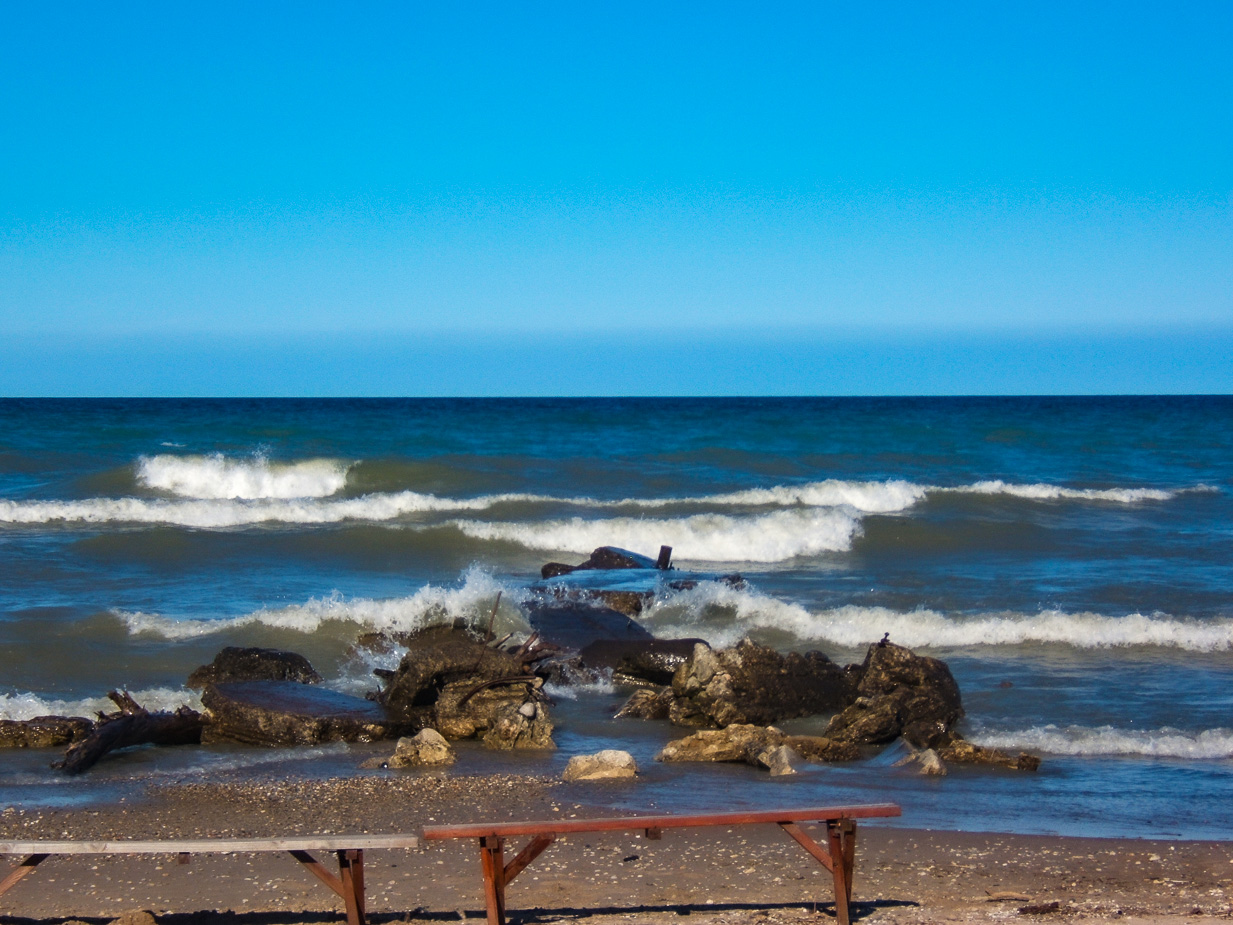 Chapter 12:35-44 (ESV) - And as Jesus taught in the temple, he said, “How can the scribes say that the Christ is the son of David? David himself, in the Holy Spirit, declared,

“‘The Lord said to my Lord,
“Sit at my right hand,
until I put your enemies under your feet.”’

David himself calls him Lord. So how is he his son?” And the great throng heard him gladly.

And in his teaching he said, “Beware of the scribes, who like to walk around in long robes and like greetings in the marketplaces and have the best seats in the synagogues and the places of honor at feasts, who devour widows' houses and for a pretense make long prayers. They will receive the greater condemnation.”

And he sat down opposite the treasury and watched the people putting money into the offering box. Many rich people put in large sums. And a poor widow came and put in two small copper coins, which make a penny. And he called his disciples to him and said to them, “Truly, I say to you, this poor widow has put in more than all those who are contributing to the offering box. For they all contributed out of their abundance, but she out of her poverty has put in everything she had, all she had to live on.”

Question to consider: How can we tell the good ministers from the bad?

After commending a scribe who tested the orthodoxy of Jesus in light of God’s word rather than trying to undermine or trap Him, Jesus pointed out an important point of their theology and then gave a warning to watch out for those scribes who were using their office for wealth and accolades. On the surface, it seems strange that Jesus goes from commending the scribes to condemning them in just a few statements, but I think what Jesus was saying was that unlike the Pharisees and Sadducees, the scribes held some value in ministry so far as they rightly divided the word of God. Jesus viewed the Pharisees as from the devil and the Sadducees as ignorant, prideful, and worthless to His kingdom. The scribes at least recognized that the Messiah was the greater Son of David, a doctrine which the people gladly proclaimed about Jesus.

However, those scribes who used the office to devour widow’s houses so that they could enrich themselves and gain the places of honor at feasts would one day have to answer to God for their actions. Nothing reveals the heart more than the offering box. Jesus pointed out that the very widows whom the hypocritical scribes robbed demonstrated a greater faith and joy than they would ever know. In Christ’s kingdom, it would be the widow sitting at the place of honor and the hypocrite being condemned.

Whenever I read this passage about the hypocritical scribes and the widow’s offering, it reminds me of a personal story. I knew a pastor once who held a capital campaign to pay off the mortgage on their church building. To my horror, he actually had people line up to bring their checks to the front of the sanctuary, and he shouted out the amounts that people gave. I was there by invitation from a friend who had recently started attending, and I wanted to support the ministry that had sowed seeds of faith into my friend. When it was my “turn” to bring up my check, the pastor announced that I was the special guest of my friend as if he thought I was going to be offering some large sum of money. The pastor didn’t know me and had no idea that I made less than the poverty level at that time and had actually skipped the meals for that day in order to give. Instead, I’m sure my amount was considered a disappointment to the pastor, and I left feeling humiliated. Thankfully, my faith was not dependent on the behavior of this pastor who after paying off the church mortgage gave himself a bonus and bought a new Jaguar. He of course used it as an illustration in a “sermon” to let people know that they could also achieve such a beautiful car if they had enough faith.

It’s unfortunate that there are so many of these wolves masquerading as shepherds, but this is why it is important to develop discernment so that we can support ministries who are faithfully serving God.

Dear heavenly father, I thank You that Your word does not return to You void and that Your Spirit can still gather Your faithful people despite those who seek to destroy them. Help us to give joyfully to ministries that produce good fruit and to willingly use our time and talents to serve the body of Christ. Amen.