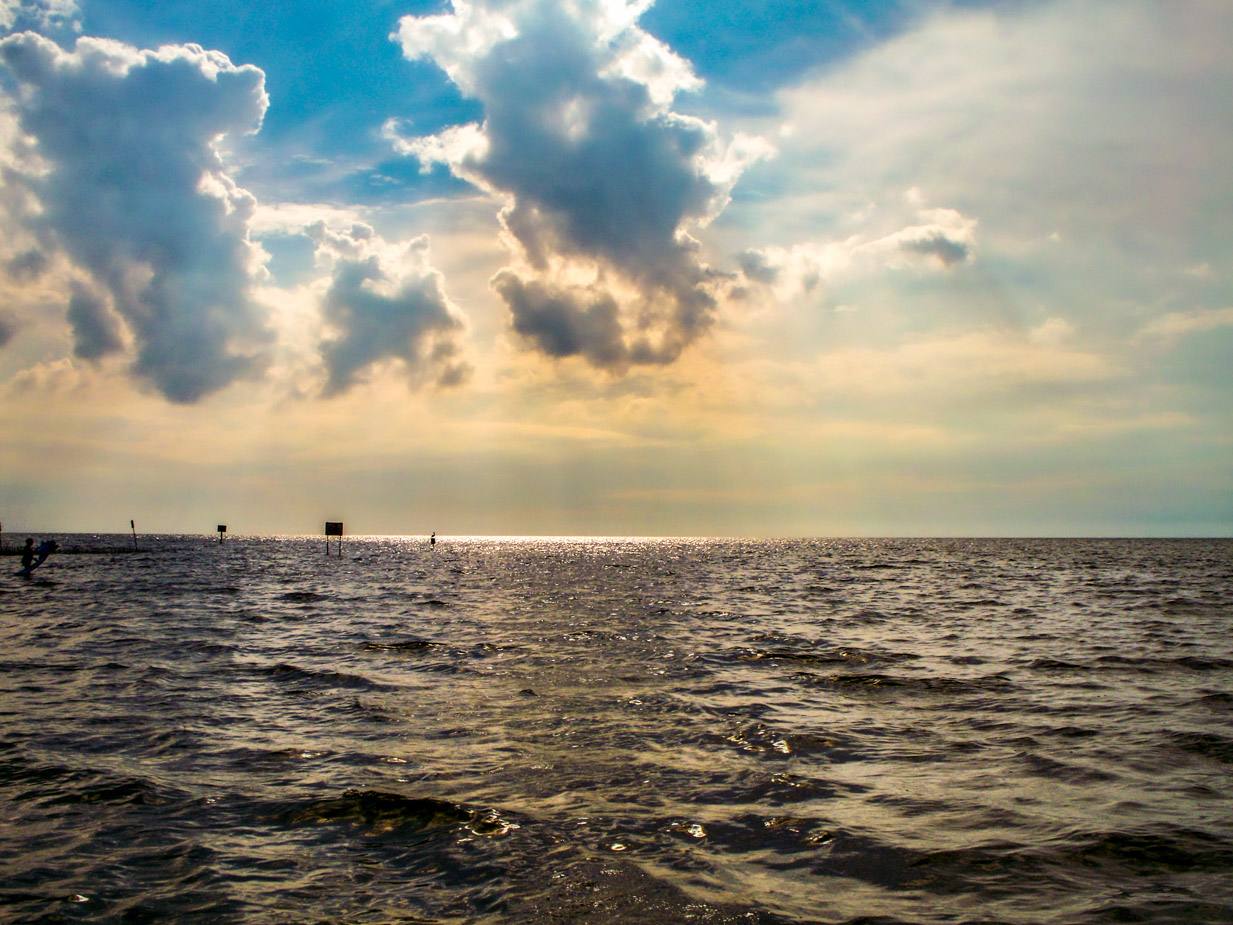 Chapter 14:53-65 (ESV)  - And they led Jesus to the high priest. And all the chief priests and the elders and the scribes came together. And Peter had followed him at a distance, right into the courtyard of the high priest. And he was sitting with the guards and warming himself at the fire. Now the chief priests and the whole council were seeking testimony against Jesus to put him to death, but they found none. For many bore false witness against him, but their testimony did not agree. And some stood up and bore false witness against him, saying, “We heard him say, ‘I will destroy this temple that is made with hands, and in three days I will build another, not made with hands.’” Yet even about this their testimony did not agree. And the high priest stood up in the midst and asked Jesus, “Have you no answer to make? What is it that these men testify against you?” But he remained silent and made no answer. Again the high priest asked him, “Are you the Christ, the Son of the Blessed?” And Jesus said, “I am, and you will see the Son of Man seated at the right hand of Power, and coming with the clouds of heaven.” And the high priest tore his garments and said, “What further witnesses do we need? You have heard his blasphemy. What is your decision?” And they all condemned him as deserving death. And some began to spit on him and to cover his face and to strike him, saying to him, “Prophesy!” And the guards received him with blows.

Question to consider: What are some of the things wrong with this trial?

Usually when someone gets arrested, they are booked and held until a trial date and bail can be set by a judge. Though it is ideal for a trial to occur in an efficient manner in order to exonerate an innocent person, there still needs to be time to secure legal counsel, pick an impartial jury and gather witnesses and evidence. The goal of a trial is to determine truth and administer appropriate justice. Of course, there are distinctives in each culture and over the course of history, but people have a sense of what justice should look like. This was not it.

They arrested Jesus right before the fourth watch of the night. Given that it occurred on the night of the biggest party of the year, I’d imagine there were many involved in the trial who were not sober enough to make rational decisions. But this wasn’t about rational decisions. It was about executing Jesus by any means necessary. Jesus was without sin so the only charge they could bring against Him was a misrepresented, metaphorical comment He made about His body being a temple which would rise three days after they destroyed it. Unfortunately, their “insurrection” charge fell through since the false witnesses couldn’t keep their story straight.

Jesus, who wasn’t provided any kind of defense counsel, was asked to give an answer to the lies that were spoken against Him, but Jesus wasn’t about to answer a fool according to his folly. Instead, He answered the high priest’s direct question about being the Christ. His response was that the high priest would be a witness to His ascension to power as described by Daniel 7:13-14, “and behold, with the clouds of heaven there came one like a son of man, and he came to the Ancient of Days and was presented before him. And to him was given dominion and glory and a kingdom, that all peoples, nations, and languages should serve him; his dominion is an everlasting dominion, which shall not pass away, and his kingdom one that shall not be destroyed.”

In Luke’s book about the Acts of Jesus through the early church, Peter and John made it clear to this very same high priest that Jesus was alive and well and ruling from on high (Acts 4:5-12) after they healed a paralytic in Christ’s name. At Jesus’ trial, however, the high priest considered the statement to be blasphemy since he rejected any notion that Jesus could be the Son of Man. To prove the point, the guards started beating Him and tearing out His beard. In their eyes, the Son of Man would not be so weak.

Ultimately, they screwed up at this trial, for the charge they brought was blasphemy. They couldn’t have someone crucified for blasphemy so they would have to change the charge later, but Peter sat there and watched the whole thing unfold, and fear started to creep in.

Dear Lord, thank You for Your willingness to endure the cruelty of men in order to end the power of sin over mankind. May we also demonstrate meekness and mercy to those who persecute us in light of the great mercy You have shown to us. Amen.