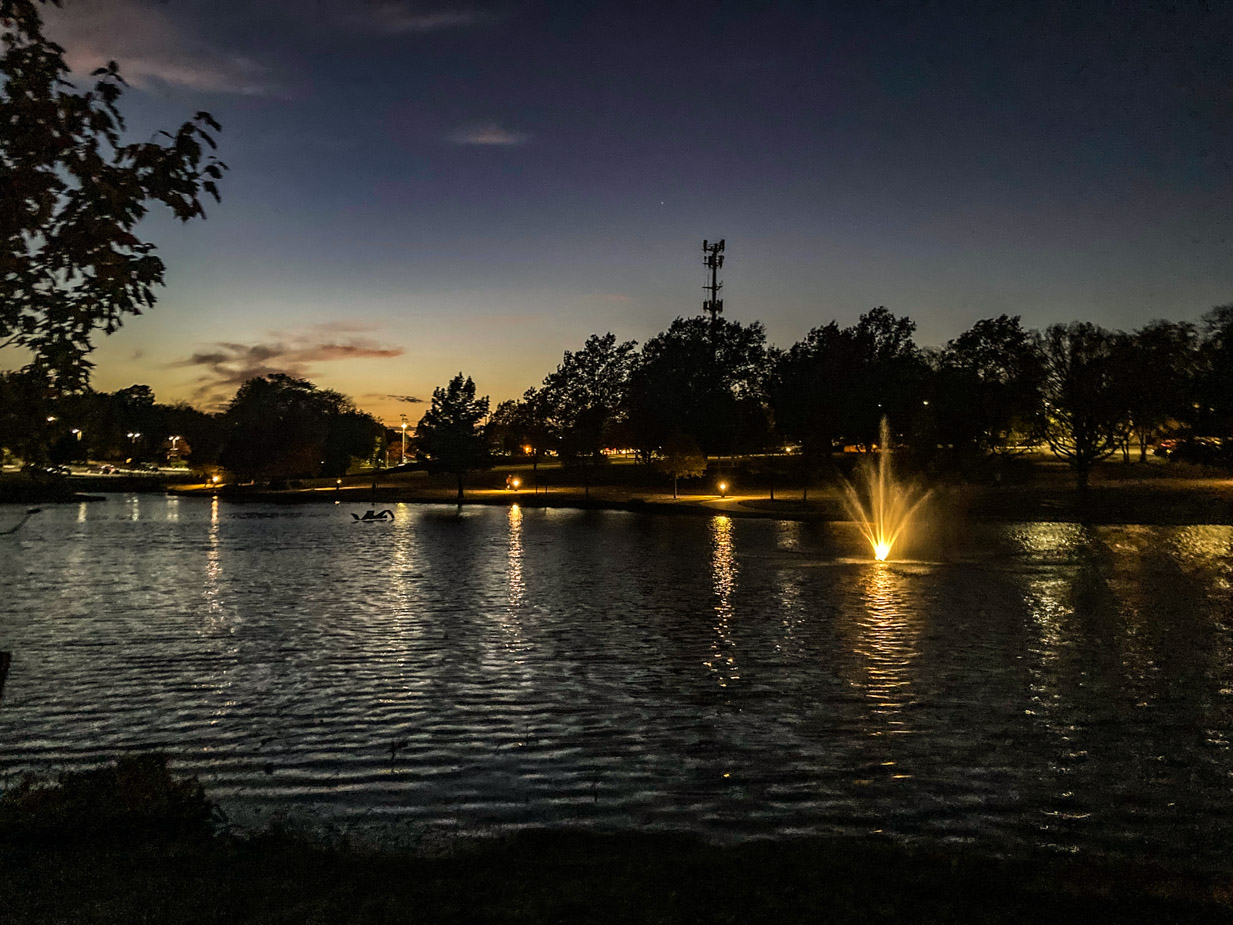 Chapter 4:35-41 (ESV) - On that day, when evening had come, he said to them, “Let us go across to the other side.” And leaving the crowd, they took him with them in the boat, just as he was. And other boats were with him. And a great windstorm arose, and the waves were breaking into the boat, so that the boat was already filling. But he was in the stern, asleep on the cushion. And they woke him and said to him, “Teacher, do you not care that we are perishing?” And he awoke and rebuked the wind and said to the sea, “Peace! Be still!” And the wind ceased, and there was a great calm. He said to them, “Why are you so afraid? Have you still no faith?” And they were filled with great fear and said to one another, “Who then is this, that even the wind and the sea obey him?”

Question to consider: How does this passage show us Jesus’ dual nature of both God and man?

In the passage from yesterday, Jesus compared the kingdom of God to a tiny mustard seed which when planted grows into a great bush which can even provide a home for the birds. Like the seed, Jesus was a tiny, unassuming person with no worldly wealth or power, and yet the kingdom began with Him. Just as the seed was planted in the ground, so Jesus gave up His life for us and was planted in the tomb, and thus began a kingdom so great that there was room enough for the Gentiles much like the birds which nested in the branches of the mustard plant. Though I can’t be sure of this meaning for the parable since Mark does not provide it for us, it would make sense when you consider that Jesus was now calling His disciples to go to the other side of the sea of Galilee which was Gentile territory.

Given that the sea of Galilee is several hundred feet below sea level and near Mount Hermon which has a peak of over 9,000 feet, the winds coming off of the mountain would clash with the warm air over the lake and create terrible storms. When they found themselves in the midst of one which was particularly harrowing, Jesus happened to be asleep on the boat. The fact that He could sleep during a loud storm when the boat was being thrashed by the waves shows how exhausted Jesus must have been after continually ministering to great crowds along the shore.

In my study of Luke regarding this scene, I made several comparisons between Jesus and Jonah, for one who was greater than Jonah had come. Though the disciples had witnessed Jesus do many miracles at this point and speak with authority against the scribes and Pharisees, they had not yet confessed Jesus to be the Christ and were focusing on the problem at hand rather than trusting that if Jesus wanted to go to the other side of the lake, they would get there regardless of the storm.

When they woke Jesus, I’m sure it was out of the need for an extra set of hands to keep the boat from sinking from the waves flooding the deck with water. They were not expecting Him to rebuke the storm and certainly not for the storm to immediately obey Him and become calm. Even if they suspected Jesus was the Messiah, they had no idea this meant He was God made flesh. Who was this man who was so frail He could sleep in a storm and yet so mighty the wind and the waves obeyed Him? Now instead of fearing the storm, they were even more afraid of Him.

Dear Lord, thank You for being in control of the wind and the waves. Give us faith in Your sovereign hand to work out everything in our lives for our well-being and Your glory. Forgive us our doubts and weaknesses and let others see the good work You are doing in our lives. Amen.