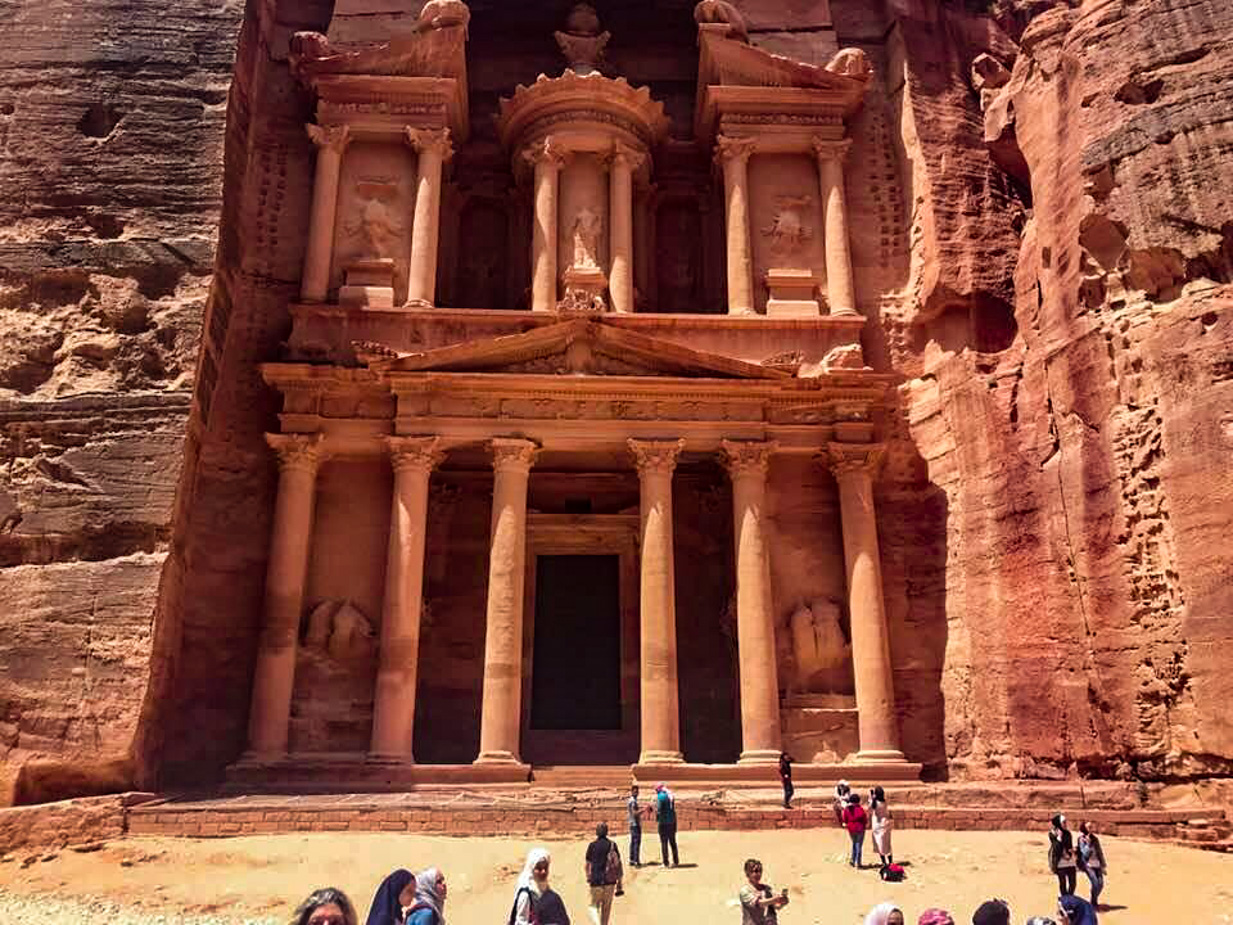 Chapter 24:1-3 (ESV) - Jesus left the temple and was going away, when his disciples came to point out to him the buildings of the temple. But he answered them, “You see all these, do you not? Truly, I say to you, there will not be left here one stone upon another that will not be thrown down.”

As he sat on the Mount of Olives, the disciples came to him privately, saying, “Tell us, when will these things be, and what will be the sign of your coming and of the end of the age?”

Question to consider: What did the disciples mean by the word “age?”

After cursing the religious leaders who clung to their self-righteousness rather than turning to Him for salvation, Jesus proclaimed that their house would be left to them “desolate.” The “house” to which Jesus referred was the temple which had always been the place where God dwelt among them. In the holy of holies, where only the high priest could enter once a year after atoning for his own sin, appeared the shekinah glory of God. Proclaiming that this house would become “desolate” was to say that God would no longer dwell there, and that the sacrifices offered there would no longer be a covering for sin.

When Jesus left the temple mount and headed up the Mount of Olives with the disciples, they pointed out the glory of the temple. It must have been an awesome thing to behold, and in pointing it out, the disciples must have been trying to process the idea that it would become desolate. Jesus doubled down on this idea by declaring that it would be thrown down such that not one stone would be left upon another.

This was a shocking prophecy so it is not surprising that the disciples would ask questions about it. There are obviously many opinions about their questions and the discourse that follows. Many would say that the disciples were asking about three separate topics: the fall of the temple, the sign of Christ’s return, and the end of the age. I tend to think that their questions were all related to the same event, “When will this take place, and what signs will accompany it?” Some understand “the end of the age” to be a phrase that only refers to the end of time and Christ’s “coming” to only refer to the time in which He will physically come to judge the living and the dead.

However, there have been multiple “ages” in scripture. For instance, there was an “age” in which the LORD was king of Israel and ruled through judges. This age ended and became the age of the prophets and kings. There was an age in which God dwelt in the tabernacle. This was replaced by the age of the temple after Israel was given its holy city. I would view the fall of the temple as the end of the temple age, for it marked the age in which Christ would reign from the heavenly temple not built by hands, and the Spirit of God would dwell among us in our hearts. Christ ascended to the throne 40 days after He rose from the dead, the Spirit of God descended at Pentecost, and the temple was thrown down in that generation as the exclamation point that the temple age had ended, and the reign of Christ had begun.

Throughout biblical history, the judgment of God came upon nations through the hands of their enemies. Rome was called “Babylon” by the early church because they saw the Roman empire as God’s instrument of judgment against Israel in their oppression and eventually their destruction just like Babylon had done five hundred years before. This does not take away from the idea that Jesus will one day physically return in glory to judge the living and the dead. It merely provides a framework that makes sense for the context of this passage. Taking a view that all of the signs Jesus was about to give are still future makes His warnings irrelevant to the disciples and forces us to take an unnatural view of Jesus’ proclamation that all of these things would come upon that generation.

Dear heavenly father, thank You for sending Your Holy Spirit to show us our sin and need for the righteousness that only Christ can give. We rejoice that Your Spirit now dwells in us and continues to conform us to the image of Christ. Please let Him open our eyes to Your word and help us to understand these prophetic promises of Christ. Amen.