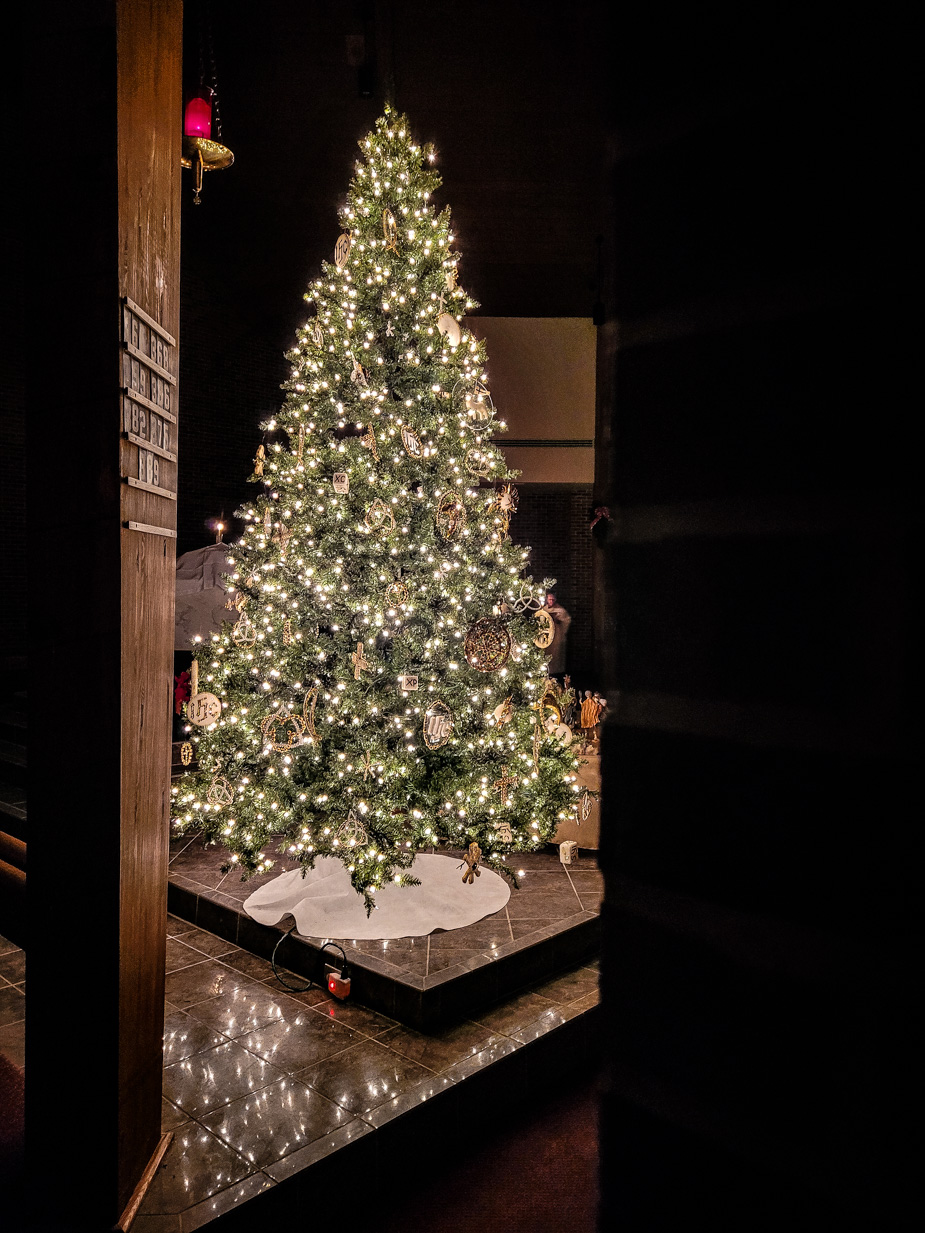 Chapter 26:57-68 (ESV) - Then those who had seized Jesus led him to Caiaphas the high priest, where the scribes and the elders had gathered. And Peter was following him at a distance, as far as the courtyard of the high priest, and going inside he sat with the guards to see the end. Now the chief priests and the whole council were seeking false testimony against Jesus that they might put him to death, but they found none, though many false witnesses came forward. At last two came forward and said, “This man said, ‘I am able to destroy the temple of God, and to rebuild it in three days.’” And the high priest stood up and said, “Have you no answer to make? What is it that these men testify against you?” But Jesus remained silent. And the high priest said to him, “I adjure you by the living God, tell us if you are the Christ, the Son of God.” Jesus said to him, “You have said so. But I tell you, from now on you will see the Son of Man seated at the right hand of Power and coming on the clouds of heaven.” Then the high priest tore his robes and said, “He has uttered blasphemy. What further witnesses do we need? You have now heard his blasphemy. What is your judgment?” They answered, “He deserves death.” Then they spit in his face and struck him. And some slapped him, saying, “Prophesy to us, you Christ! Who is it that struck you?”

Question to consider: What was false about the testimony of the witnesses?

After Jesus was arrested, all of the disciples scattered, but Peter at least followed from a distance. We’ll focus more on Peter tomorrow. When the ruling council held a trial in Jerusalem, it was generally done during the day at the Hall of Hewn Stones, and certainly not on a high holy day or the Sabbath. If someone was put on trial, it would be for a specific crime, and the individual would be given an advocate to cross examine witnesses.

In the case of Jesus of Nazareth, they met under the cover of darkness in the private palace of the high priest on a day so holy that God reordered the calendar around it and forced Jesus to face trial alone. Rather than charging Jesus with a crime and presenting evidence against Him, they looked for people to testify against Him so that they could try to find a crime worthy of death. Even today, it is a miscarriage of justice to go after a person in search of a crime rather than investigate a crime in search of the perpetrator.

Those who were bold enough to testify against Jesus did so falsely. Their claim was that Jesus said, “I am able to destroy the temple of God, and to rebuild it in three days.” John’s gospel recorded Jesus’ actual words, “Destroy this temple, and in three days I will raise it up.” John mentioned that Jesus was actually referring to “the temple of His body” (John 2:19-22), but that is not what made their claim false. Their claim was false because they added the words “I am able” to the claim. Their testimony falsely accused Jesus of threatening violence against the temple. It is worth noting that the lies of Satan are often a subtle distortion of the truth. Many times discernment is not the ability to decide between right and wrong but between right and almost right.

An advocate would have eviscerated these false witnesses on cross examination, but Jesus was silent before His accusers in the manner described by Isaiah, “He was oppressed, and he was afflicted, yet he opened not his mouth; like a lamb that is led to the slaughter, and like a sheep that before its shearers is silent, so he opened not his mouth.” (Isaiah 53:7)

Even so, Caiaphas was not satisfied with the accusations of the false witnesses so he took it upon himself to ask Jesus directly if He was the Christ, the Son of God and compelled Jesus to answer by invoking the name of God. Jesus affirmed the statement was true by pointing them to Daniel 7:13-14. They would be a witness to His ascension to the right hand of God. Luke actually recorded this day in Acts 4 when Peter and John were brought before those on this council after healing a man who had been paralyzed for forty years. Peter let Caiaphas know at that time that Jesus was risen from the dead and reigning with God, and the healing was proof of this.

Rather than considering Jesus’ words and miracles in deciding whether He was indeed the Son of Man, Caiaphas declared that Jesus had committed blasphemy, and the others rushed to judgment without mercy.

Dear heavenly father, thank You for Christ who is ruling at Your right side. Help us to leave justice in Your hands when we are falsely accused and face the wrath of the world. May we be merciful to our accusers in the midst of this suffering and continue to lead them to repentance and reconciliation with You. Amen.