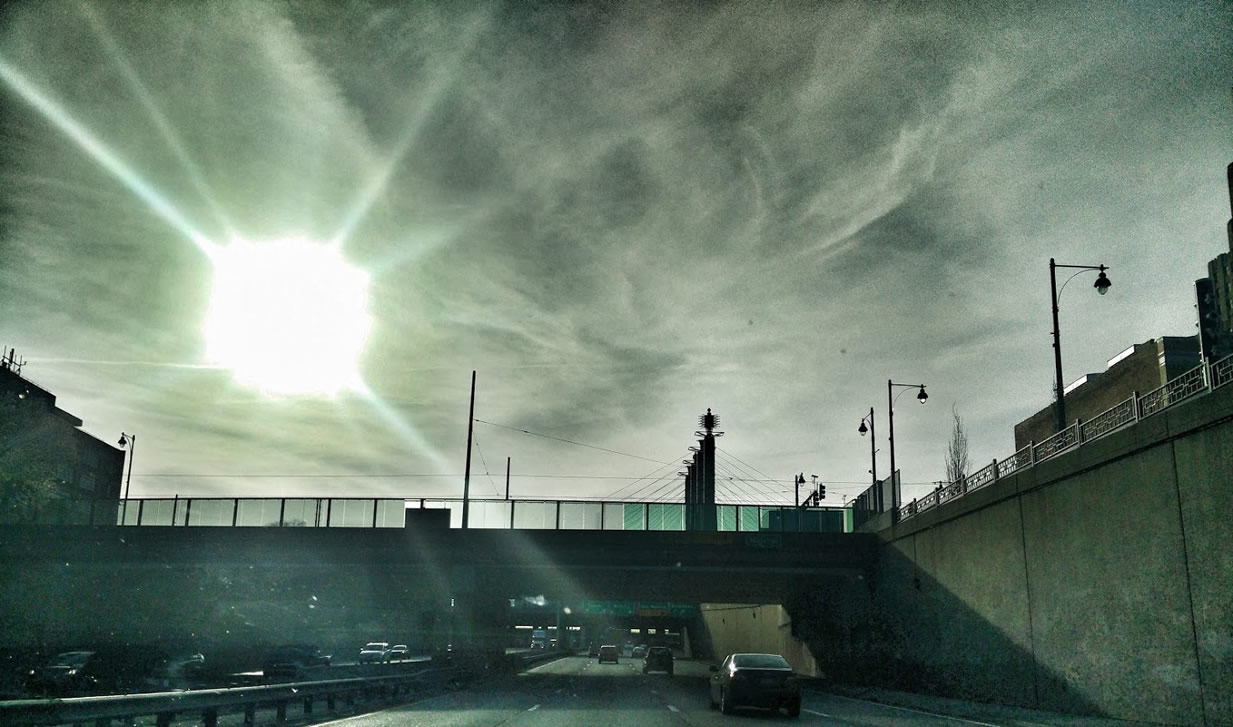 Chapter 4:21-31 (ESV) - Tell me, you who desire to be under the law, do you not listen to the law? For it is written that Abraham had two sons, one by a slave woman and one by a free woman. But the son of the slave was born according to the flesh, while the son of the free woman was born through promise. Now this may be interpreted allegorically: these women are two covenants. One is from Mount Sinai, bearing children for slavery; she is Hagar. Now Hagar is Mount Sinai in Arabia; she corresponds to the present Jerusalem, for she is in slavery with her children. But the Jerusalem above is free, and she is our mother. For it is written,

"Rejoice, O barren one who does not bear;
break forth and cry aloud, you who are not in labor!
For the children of the desolate one will be more
than those of the one who has a husband."

Now you, brothers, like Isaac, are children of promise. But just as at that time he who was born according to the flesh persecuted him who was born according to the Spirit, so also it is now. But what does the Scripture say? “Cast out the slave woman and her son, for the son of the slave woman shall not inherit with the son of the free woman.” So, brothers, we are not children of the slave but of the free woman.

Question to consider: What is Paul saying when he compares the Judaizers to Ishmael and the Galatians to Isaac?

When Paul says that the two sons of Abraham are to be taken “figuratively,” he is not saying that the account of Abraham is merely an allegory. He is saying that their birth is a good picture of the difference between those who are trying to be justified by the law and those who have faith in Christ as their justifier.

Paul refers to Ishmael as the son born according to the flesh because Abraham tried to usher in God’s promise on his own by fathering a child with Hagar, a servant in his household who was still young and able to have children. But Isaac was born according to a promise because God miraculously enabled Sarah to become a mother when she was around 90 years old.

The Judaizers claimed to be Christian but still thought our holiness was rooted in our ability to keep the mosaic law. So Paul called them Ishmael. The Galatians came to know Christ by faith, so they were like Isaac who was born because of God’s promise to Abraham. Paul also compares the Judaizers to the physical city of Jerusalem and the Galatians to the heavenly one (just like the Hebrews 12:18-24 passage I quoted a couple of days ago). Just like Ishmael persecuted Isaac, so the Judaizers were persecuting those who preached the true gospel.

As a final note, I’d say that we should be very careful about using biblical, historical accounts figuratively. Paul was a master of the law and wrote by the power of the Holy Spirit so he was able to make a right comparison. If we do anything like that today, we need to make sure we fully understand the passage in its intended context before trying to make a proper analogy. There are pastors today who try and make scripture all about us when there is no call to do so. The end result is to lead people astray into believing more highly of ourselves than we ought or to falsely cling to some promise that we think God has made to us when he did not.

God of all truth, help us to discern your word in its right context so that we have an accurate picture of who you are and who we are in Christ. Open our eyes to the truth that our righteousness is not found in our own attempts at keeping your law but in the righteousness of Christ so that we may love you more deeply. Amen.